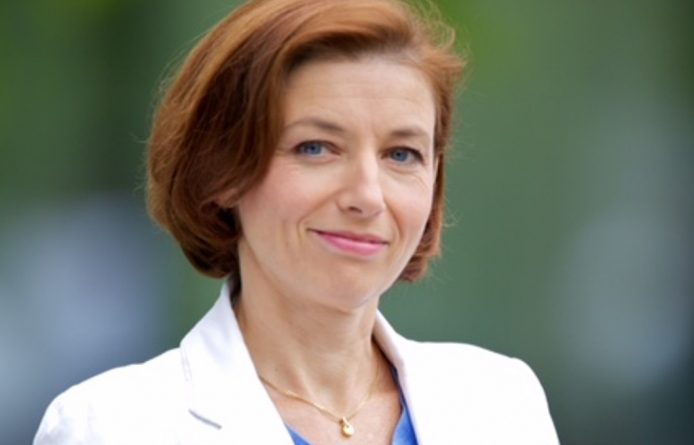 Florence Parly, French minister of the Armed Forces pays a visit in Morbihan at the marine commandos school and moves on next to the industrial site of Naval Group Company in Lorient

Florence Parly, Minister of the Armed Forces, today visited the Lanester naval base, Brittany where are stationed six of the seven marine commandos of the French Navy, the marines school and the force H.Q. In Lorient, she then visited the Naval Group Company industrial site which houses the design and assembly of new frigates for the French Navy as well as for the partner countries of France.

On the marine riflemen and marine commandos station, the Minister, accompanied by the French Chief of the Naval Staff, Admiral Christophe Prazuck, met with the staff of the Marine Fighter Force and Commandos (FORFUSCO), which brings together the marine rifle units specialized in maritime defence and interdiction actions and the commando units that make up the Navy special forces.

Committed to daily operations in maritime (such as the fight against piracy or drug trafficking) or terrestrial operations (such as the fight against terrorism in theaters of external operations), the French commandos develop and maintain action skills in maritime, air and land operations for the benefit of Special Operations Command. The minister exchanged with these exceptional sailors and watched their know-how, during an exercise of sea assault, by boarding on a ECUME (Embarcation Commando à Usage Multiple Embarquable) rapid skiff. FORFUSCO is today part of a dynamic transformation process to cope with the rapid evolution of different types of threats.

Florence Parly then visited the Naval Group Company’s industrial site, where she was greeted by  Hervé Guillou, its CEO. The Minister also met Naval Group employees, who are completing the work of the fifth naval multi-mission frigate (FREMM), “Bretagne”, continue the construction of the 6th FREMM, “Normandie”, and began the construction of the first building blocks of the 7th FREMM, “Alsace”, which will be teaming with the 8th and last FREMM, “Lorraine”, both due to have an expanded air defence capability.

A status of the design of the future intermediate frigates (FTI) and their combat system was also shown to the minister.

The French Navy within the next procurement law

The Minister then delivered a speech to the staff of the Naval Group Company and that of the Marine Nationale in Lorient, dealind in particular with the next Defence Procurement Law (LPM) 2019-2025, voted Tuesday, March 27 by the French National Parliament, which gives the French Navy adequate means to match its missions and guarantees the lasting conservation and technological excellence of the French defence industry. The LPM 2019-2025 draft provides details allowing the French Navy to benefit from nuclear attack submarines and more modern frigates, notably with the delivery of four BARRACUDA nuclear attack submarines, eight FREMMs and two FTI-frigates to be completed by 2025.

At the same time, an accelerated renewal of old vessels will meet the need in the most critical areas. An important effort will be, in particular, devoted to OPVs with an increase of the target range from 17 to 19 units, of which 11 will have been delivered by 2025.

The new LPM will provide the Navy with highly innovative systems such as the Future Mine Action System (SLAMF) which will be based on the use of surface and underwater drones. The LPM will also launch the development of the aerial drone system (SDAM) that will equip the frigates and strengthen their range in terms of surveillance and intelligence gathering.

The renovation of the Dassault-Breguet Atlantique ATL2 maritime patrol aircraft will be extended to 18 aircraft instead of the original 15, all of which will be delivered over the LPM period. The logistics fleet will be renewed and will increase in size with four double-hulled vessels replacing the three tankers currently in service.

Studies will also be initiated to define the implementation of a future aircraft carrier, advanced researchs which will cover both the propulsion system and the integration of new technologies, particularly in the field of catapults. Finally, in accordance with the decision taken by the President of the Republic, this LPM will also see the inception of the two components of French nuclear deterrence renewal. In this context, the oceanic component will lead to the launch of the third generation of SSBS nuclear submarine (dubbed SNLE 3G) and the development of the future version of the M 51 nuclear balistic missile.