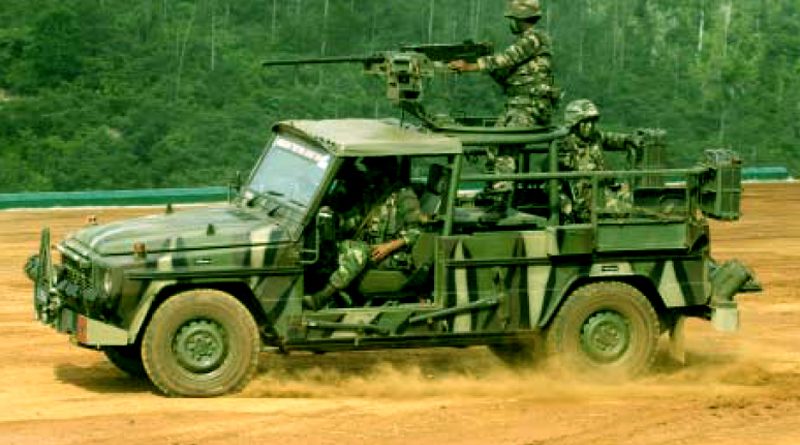 The DSA exhibition saw lining up all four contenders for the new Royal Malaysian Army Special Operations Vehicle (SOV) that should replace the current Mercedes G-Wagen. Two solutions are fully indigenous, presented respectively by Kembara Suci and Cendana, Weststar proposing a solution based on a commercial chassis, while according to rumours Nimr of the UAE seems to have teamed with Deftech. 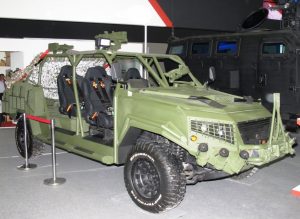 Kembara Suci’s SOV is the longest of the four vehicles and is fitted with 70R17 pneumatics, that might however leave place to bigger tires. At prototype stage, it features front independent suspensions of the double whish-bone type with coil springs, while at the rear we find leaf springs on a rigid axle. It carries four passengers in the seats plus a fifth operator in the back, manning the 40 mm AGL. On top of the troop compartment we find a 12.7 MG, while the  vehicle commander on the left has a 7.62 mm machine gun at his disposal. According to the company protection level against mines is 2 a/b. Kembara Suci’s SOV will go through thorough testing in June-July awaiting then the tender to be issued. 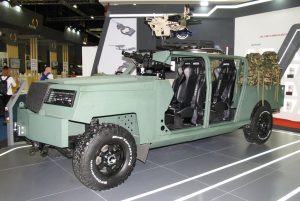 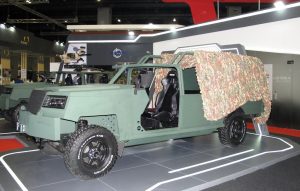 Cendana developed a vehicle from scratch, not many details emerging in this competing phase on its military spec chassis purposely designed for the SOV. What is known is that it has independent suspensions specifically designed for this vehicle. The engine is a derivative of a Mercedes diesel engine brought to 2.8 litres, for which hemispherical combustion chambers with wet liner were adopted. It is coupled to a ZF-type automatic transmission. The engine and transmission are not fitted at the front, but are mid-mounted and located between the driver and commander; this allows distributing 25% of the weight on each pneumatic, ensuring maximum traction and reducing the maximum ground pressure, while also facilitating underslung transportation. Protection against mines is at Level 2 a/b, the bulkhead providing Level 2 ballistic protection. Two different versions are available, one extended for transport purposes. The main armament is mounted on a ring mount on top of the rear section, the commander position being equipped with a pintle-mounted machine gun. Cendana’s SOV can overcome a 75% gradient and a 40% side slope, its turning radius being of 8 meters; maximum cruising speed is 170 km/h on road. Testing should start in Q3 2018. 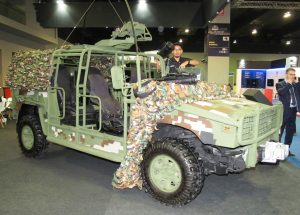 Weststar decided to lower the risks by adopting an existing chassis, that of the Toyota Hilux, the engine being thus by the same company. The Malaysian company built the cab, and integrated subsystems, and is ready to upgrade suspensions should the payload be increased. The vehicle was already tried by the Brunei Army; this country Special Forces are also looking for a vehicle, Land Rover, Jeep and the Singaporean Spider being the other contenders. No decision has been taken yet at the time of DSA. The weapons layout is similar to that of the previous vehicle. 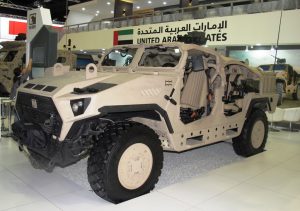 As for Nimr, the United Arab Emirates vehicles manufacturer, it exhibited its Rapid Intervention Vehicle, unveiled at IDEX 2017. The heaviest of the lot, it ensures a 1,000 km cruising range at 120 km/h, and can reach 100 km/h in 11 seconds. Here too, weapons are installed in the typical way.

According to information obtained at DSA the Army tender should be followed by that of Navy Special Forces. 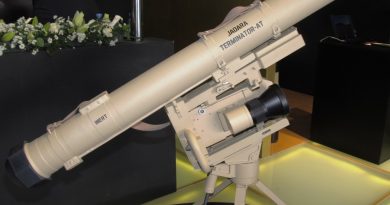 Jadara grows its portfolio and its production assets 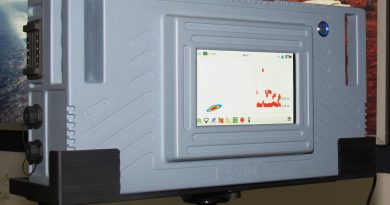 Seeing through the wall with STM