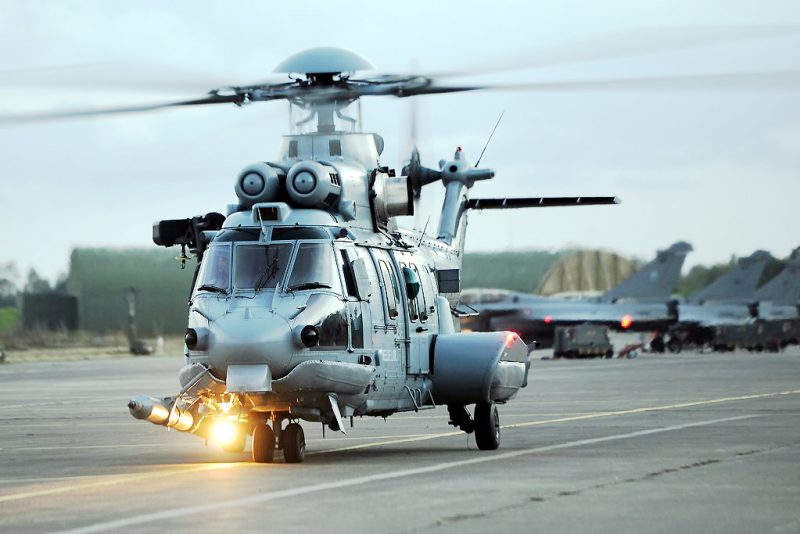 Marignane, 15 April, 2021 – The French Minister of Armed Forces, Florence Parly, has announced that the Armament General Directorate (DGA) has signed an order to purchase eight additional H225Ms and a second VSR700 prototype. The H225Ms will be operated by the French Air and Space Force. The VSR700 is an unmanned aerial system being developed for the French Navy in partnership with Naval Group. This order is part of a Stimulus plan to support the national aeronautical industry announced by the French government in 2020. For Airbus Helicopters, the plan also includes an order for two H145s for the Sécurité Civile and 10 H160s for the French Gendarmerie Nationale.

“We are very thankful to the French government for their support of the aeronautical industry through the Stimulus plan. This is a win-win situation as the aircraft fulfill a real operational need for the French armed forces and this order allows Airbus Helicopters to secure jobs and key skills in the medium term,” said Bruno Even, Airbus Helicopters CEO. “The French armed forces are facing increasing and varied challenges and I am confident that the H225M, thanks to its excellent range and multirole capacity, will be an efficient and reliable asset that will enhance their operations at home and abroad. The VSR700 is also a crucial programme. It will provide the French Navy with a highly capable autonomous platform and it will pave the way for future unmanned systems within the Airbus Helicopters portfolio.”

Like the rest of the aeronautical industry, the helicopter industry has been impacted by the Covid-19 pandemic. 2020 saw the worldwide market decrease by 50%. The support of the French government will help secure 960 jobs during the next three years for Airbus Helicopters and its suppliers.

These contracts will benefit the French helicopter industry as a whole, including other key French aerospace providers such as Safran Helicopters Engines with the H225M’s Makila 2A engines, Safran Power Units with the Saphir 20 auxiliary power unit, Safran Electronic Defense with the electro-optical system Euroflir 410M NG and the Sigma inertial navigation system, and Thales with the VUHF radio TRA6034 and IFF transponder TSC4000. But with more than 300 French Tier 1 suppliers involved in the H225M’s supply chain, the contract will also benefit a variety of small and medium enterprises. The VSR700 is based on the Cabri G2 light helicopter built by local SME Hélicoptères Guimbal.

First deliveries of the H225Ms are planned to start in 2024 and will fulfill the Air and Space Force’s operational needs and the long awaited replacement of the Puma fleet.

Thanks to a modular and versatile configuration allowing the integration of diverse equipment, the aircraft will be dedicated to a wide range of military missions including combat/search and rescue, medical evacuation, support to the population in times of crisis, and tactical training. While based in the Air and Space Force’s Cazaux base in Southwest France, the helicopters will be deployed across the country and will also support the French armed forces’ operations overseas.

With more than 104 helicopters in service and more than 143,000 flight hours accumulated to date, the H225M is a recognized combat-proven, versatile and reliable workhorse for military missions worldwide. Among the essential operational advantages offered by the 11-tonne helicopter is the in-flight refueling capacity, already tested by the French and Brazilian air forces.

Designed to operate alongside other shipborne naval assets, the VSR700 unmanned aerial system (UAS) is being developed within the frame of the SDAM (Système de drone aérien de la Marine) programme for the French Navy. The VSR700, derived from Hélicoptères Guimbal’s Cabri G2, is an unmanned aerial system in the 500-1000 kg maximum take-off weight range. It offers the best balance of payload capability, endurance and operational cost. It is capable of carrying multiple full-size naval sensors for extended periods and can operate from existing ships, alongside a helicopter, with a low logistical footprint.

The first prototype of the VSR700 performed its maiden flight in 2020 and has recently begun expanding its flight envelope. 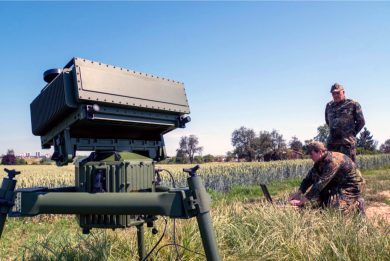 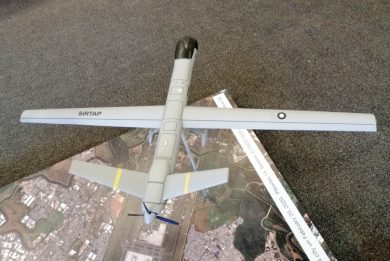 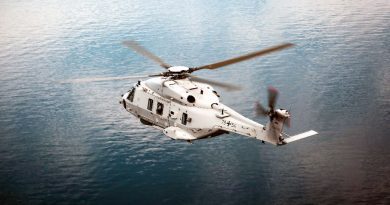