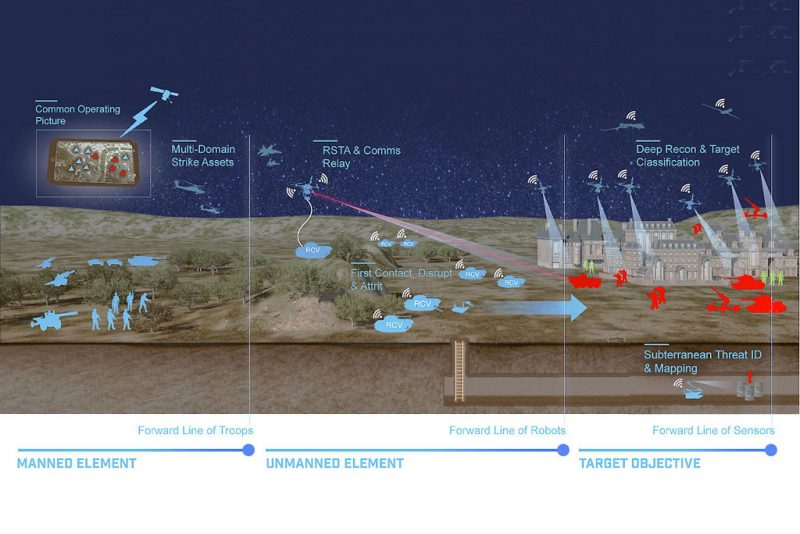 It is up of Tom Frost, VP and General Manager of Unmanned Ground Systems and Integrated Solutions, to explain the FLIR’s path towards leveraging ground robotics to answer MDO requirements. Citing Gen. Mike Murray, the CG of the US Army Futures Command, “We never, ever want to send another Soldier into a breach, so how do we do this autonomously?” the question FLIR engineers and scientists have to answer.

Talking about putting distance between good people and bad things, the term distance has acquired a different meaning along the last 20 years, according to Tom Frost, who designed robotic systems for the last quarter of a century; “on 9/11, when the Twin Towers came down, we had ground robots developed by DARPA used for search and rescue, we send them into dangerous voids and buildings, distance being around tens of meters; in summer 2002 in Afghanistan these robots were used to search mountains and caves, looking for bad guys and booby traps, and distance was of 100 meters; as IEDs became the main threat to Coalition troops, we used robots to put hundreds of meters of distance between good people and bad things; thinking of the battlefield of the future we consider that first contact with the enemy will happen robotically, and we are talking of distances of many kilometres,” he explains.

The forward line will therefore be robotic, the contact with the enemy beginning with reconnaissance carried out by UAVs, swarming over target objectives to do target classification, assets further back doing long range reconnaissance as well as targeting, guiding smart munitions, and finally forward line robots will engage the enemy to disrupt and weaken him by attrition, also entering buildings and subterranean structures to map, identify threats, look for hazardous materiel, weapons of mass destruction, CB threats, IEDs, all this forward of the manned element, allowing to put a stand-off distance between soldiers and enemies.

“First-line robots will have super-human capabilities, as they will be fitted with sensors and processing power that humans don’t have, penetrating fog and dust, seeing at night, immediately classify targets, identifying civilians, helping building the common operating picture of the battlefield that will allow commanders to move assets around and to call in strikes from long range strike assets.”

Back to main article 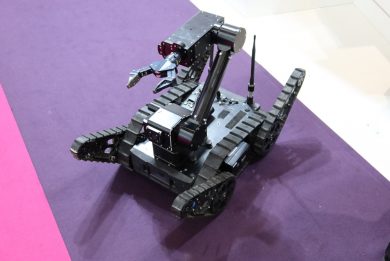 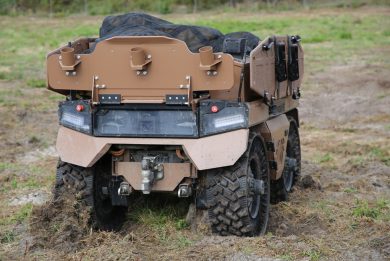