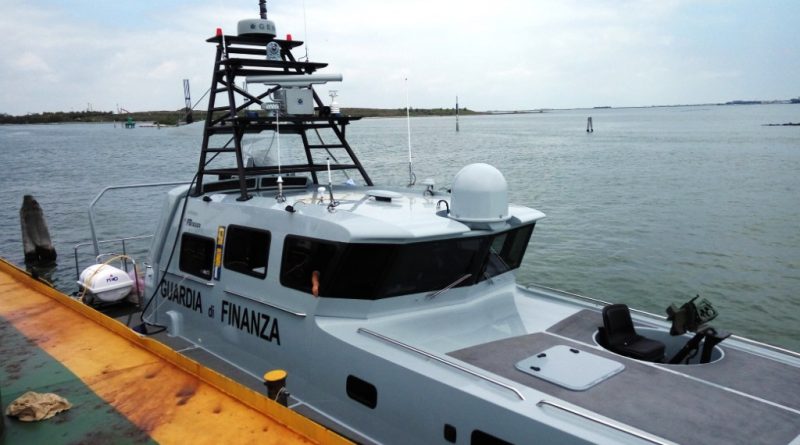 The Israel Aerospace Industries (IAI) group unveiled to have provided the MiniPoP EO/IR system fitted with an advanced command and control unit to FB Design, the Italian builder of high-performance motorboats, which is delivering new high-speed patrol boats for Italy’s Guardia di Finanza customs police. The images released by IAI refer to the Guardia di Finanza V7000 class of high-speed patrol boats of which the first two were delivered by FB Design last June, entering into operational service. Eight more boats of the same class are under procurement by Guardia di Finanza (GdF) from the Italian boatbuilder.

According to the information provided by FB Design on occasion of the delivery, the V7000 class boats are a special version of the FB 60’ SF “Ognitempo” model, expressly developed for the specific use of the GdF. The FB 60 is based on an 18.8 meters long and 4.4 meters large deep “V” hull design that is constructed in advanced composites with an ‘anti-stuff’ bow shape developed by FB Design; the boat is powered by two MTU 10V2000 M96L engines of 1,620 hp each, with a top speed of 54 knots at full load displacement of 30 tonnes.

Designed for multiple missions along Italy’s extensive coastline and capable to accommodate up to 54 survivors, these boats are operated by a crew of six, and is provided with an integrated bridge equipped with a mission suite developed under the supervision of Elettronica Marittima and including GEM Elettronica dual radar, Rohde & Schwarz communication suites, and the IAI MiniPoP EO/IR system.

The latter weighs 7-9 kilograms and includes advanced cameras used for day and night observation, as well as a laser pointer and a laser range finder. According to IAI, the MiniPoP EO/IR features strong image-stabilizing capabilities to aid in long-term observations and real-time image capturing, especially in difficult sea conditions.

“The capabilities and performance of the MiniPOP have been proven in a range of operational activities by dozens of customers in Israel and abroad,” commented Boaz Levi, Executive Vice President and General Manager of Systems, Missiles & Space Group said. According to Mr. Levi the MiniPoP is a high-fidelity system and incorporates  some of the most advanced technological and image quality features available in defense electro-optics.

The MiniPOP is a dual axis, gyro-stabilized payload, and comes as a single Line Replaceable Unit (LRU); an open architecture design, it carries up to four sensors. The basic configuration includes a continuous zoom colour day camera and a thermal imaging camera. A laser pointer, eye-safe laser range finder and automatic television tracker can be incorporated for greater capabilities and functionality.

“The MiniPOP allows end-users to obtain high-quality intelligence in real-time and enables fast and effective threat detection. We are proud to provide these systems to the Guardia di Finanza and to collaborate with our partners at FB Design. We will continue to offer a range of solutions to the various applications of our global customers.”

The MiniPOP is designated for broad use by manned and unmanned platforms on the ground, in the sea and the air and military, homeland security and civilian applications. 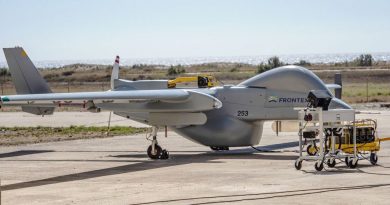 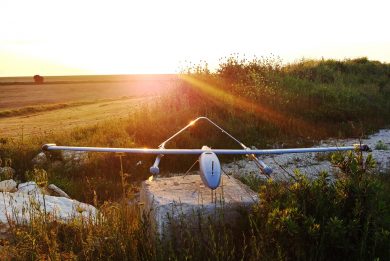 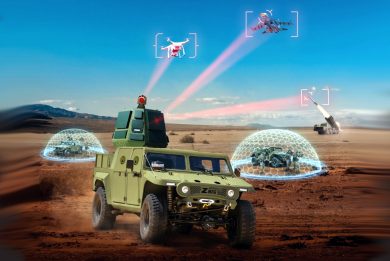