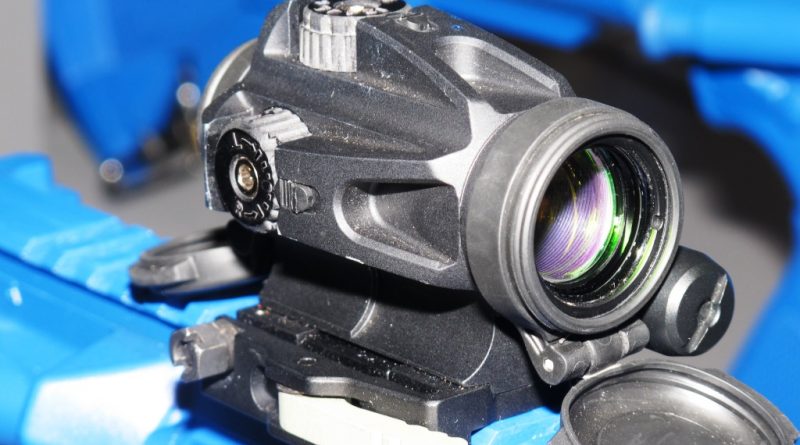 Originally designed for civilian use, in the US there was a request for pistol applications, the market looking for a sight allowing to use revolvers on longer distances, the CompM5BTM has now found interesting application on the military and security market, and has been launched at Milipol to provide professional shooters with a sight capable to adapt to different calibres and types of ammunition. The key feature of the new sight is that its turrets are interchangeable, the CompM5 coming with four different caps, for different calibres. The sight is compact and light, as its CompM5 predecessor, the sight only weighing 180 grams while the complete system weighs 254 grams; It is powered by a AAA battery, the 2 MOA red dot illumination being trimmable, 10 different intensity setting being available, four of them compatible with NVGs. O those last settings the battery provides over 10 years of life, while on day setting 7 the life is halved.

The four ballistic turrets are provided with six 100 meters intervals, from 100 to 600 meters, but at Milipol Aimpoint explained that the sight will be provided with a kit that will allow the customer to produce tailored made caps to cope with its specific needs. Some calibres, such as the .300 Blackout, are very sensitive too parameters such as barrel length and depend also much on the manufacturer, thus tailoring the distance turret for ensuring maximum accuracy allows improving accuracy. The sight also allows three levels of wind compensation per side, the first click for winds of around 2 m/s, the second for 6-7 m/s and the third for 9-12 m/s.

The kit allowing the production of tailored caps was not visible at Milipol, Aimpoint announcing it for the Shot Show that will take place as usual in Los Angeles late next January, the initial production of the CompM5b being planned in Q2 2020. 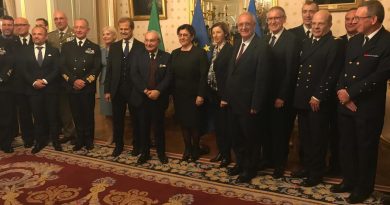 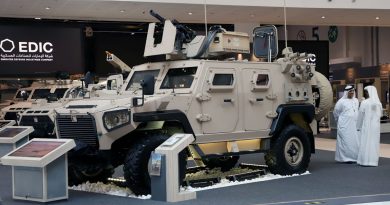