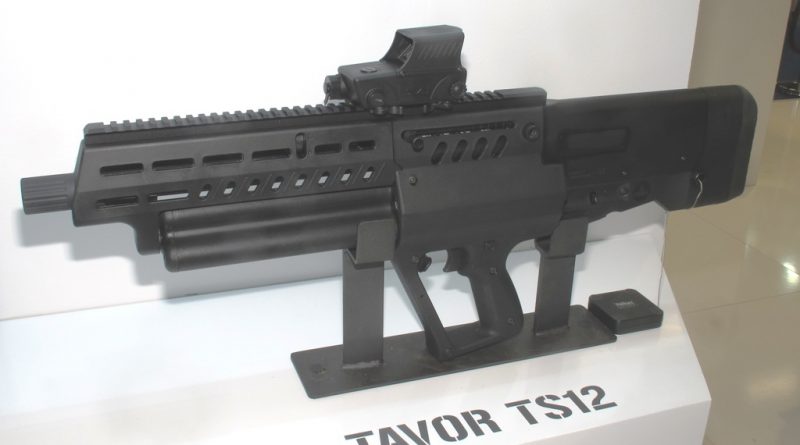 With the unveiling of its Tavor Tactical 12 gauge shotgun IWI, the Israeli small arms company part of the SK Group, filled a void in its portfolio. The shotgun has been on the market for some time in the US, mainly aimed at civilian users, however now IWI is promoting its shotgun on the police and military market, hence its presence at Milipol.

Fully ambidextrous as most of IWI weapons, it can be configured for either right or left side ejection and operation, the Tavor Tactical 12 features a bullpup configuration that allows containing its length at 720 mm with a 420 mm barrel. The key characteristic of the IWI shotgun is its triple tube magazine, each tube containing up to four 3-inch 12-gauge rounds or five 2 ¾ inch rounds, considering the chambered round this makes up to a maximum of 16 rounds.

With magazines empty the TS12 weighs 3.6 kg. To rotate the three-tubes magazine a catch in front of the trigger, within the trigger guard, must be pressed, and once the tube loaded with ammunition is in place the round is automatically chambered, the bolt remaining open when the tube is empty. Magazine tubes are loaded from the rear, the operating system being of the short stroke type, which allows a considerable reliability; the gas regulator has two positions, low to be used when small pellets are used, high being used for slugs.

On top of the gun we find a full-length Picatinny rail, while M-LOCK receptacles are available on each side of the forearm. A Beretta-thread choke can be installed on the barrel to modify the spread of the shot in order to gain better range and accuracy. The TS12 is available in three colours, black, green and flat dark earth. 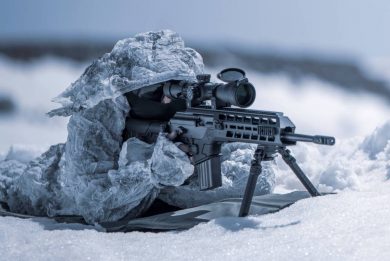 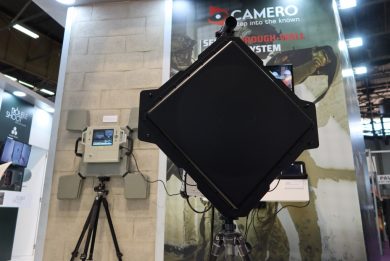 19/10/2021 Paolo Valpolini Comments Off on XLR-40: an urban long-range sense-through-the-wall radar from Camero 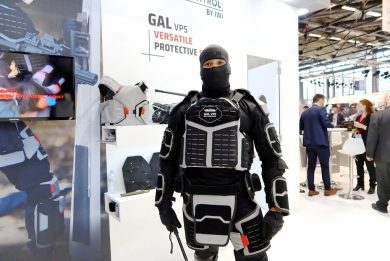