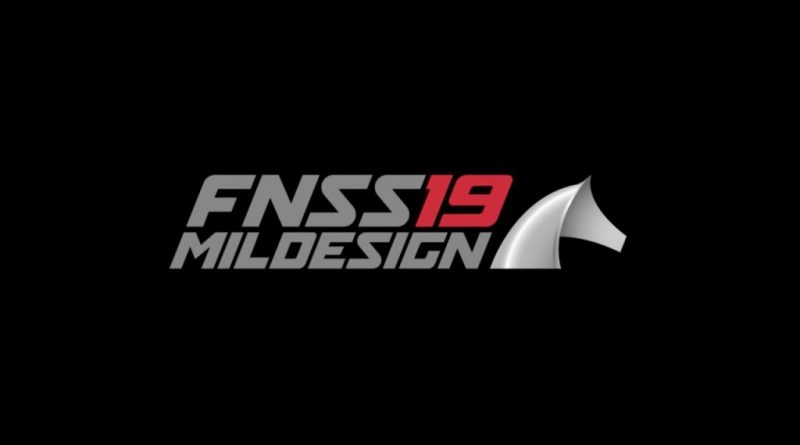 At its third edition Mildesign, the International Military Land Vehicles Design Competition organised by FNSS every four years, set a record with a total of 578 participants, 115 from foreign countries, filing 191 projects, that is three times more those of the first edition. The two categories, Professional and Students, saw a total of 191 projects, respectively 139 and 52. “The jury task is becoming increasingly difficult,” said Mr. Nail Kurt, the company CEO, at the beginning of the price-giving ceremony that took place on Day 2 at IDEF. He also underlined that among the winners of the previous edition that were still in a student status or were unemployed, found an employment either within FNSS or in other related companies.

The entire project was carried out internally, which led the Mildesign organising team to be named the best International Communication Project at 18th Golden Compass Awards by the Public Relations Society of Turkey.

Starting from the Student category, the winner was a team of five from the Erciyes University, which presented the Kiray, a multifunctional semi-autonomous vehicle powered by a hybrid fuel system using hydrogen. Beside the RCWS on the vehicle, the Kiray hosts the so-called Unmanned Attack System, based on small robots that can be deployed either in reconnaissance or attack mode, being led by the vehicle artificial intelligence system. The 6×6 Kiray Is normally fitted with wheels, but these can be replaced by six sets of tracks thanks to the vehicle modularity.

At the second place we find an 8×8 vehicle, the Zipkin, designed by Furcan Uçar from the Gazi University. It carries a three-man crew and a rear module; the latter can be fitted as a personnel carrier, an ambulance, but the two most innovative modules are a guard module, with a raising weapon system to be used in compartmented terrain or in guard duties at a camp, in that case it will be unmanned, and a tent deploying module, allowing quick installation of long fabric tents, definitely a dual mode function.

From the same university comes Volkan Tuna, the designer of the Gökbörü. Hybrid, modular, remotely controllable, this 6×6 can also exploit solar energy. Its wheels are a hybrid of non-pneumatic tires structure with a more conventional tire surface for maximum grip. Personnel carrier, ambulance, turreted and combat modules are available, the maximum number of transported people being the APCD with two crewmember and 10 dismounts.

All three award-winners in the Professional category participated as individuals. First prize went to Göktürk and to his Tunga, a hybrid 8×8 with in-wheel electric hub motors fitted with an active suspensions system. Five screens allow the driver and commander to control the vehicle movements and operation thanks to a 360° coverage. A lifting weapon platform can be fitted with a variety of systems.

The Y4-360, designed by Metin Kaplan, is definitely the most unusual vehicle among the six awards winners. A central module with four swivel-arms each carrying two wheels, each with its own motor and batteries, similar to those of the Mars rover. The vehicle hull can be lowered when travelling at high speed while legs can raise the main module when mines or IED threat is higher, its underbelly having an egg shape to better diverge the blast. Each leg is independent, thus on uneven terrain the Y4-360 can easily level the main module, or if fitted with indirect fire weapons, it can “knee down” in order to reach the required elevation for firing.

Mehmet Bozok designed the Bufalo, apparently a conventional 8×8 that becomes much less conventional once looked closely. Also a hybrid vehicle, its lower part hosts the eight electric motors and the batteries, while at the front we find the diesel engine and the power generators, followed by the drivers cabin, available in two different versions, and then come the modular element. A 28 tonnes vehicle, it can host a two-man crew and 10 dismounts in the APC version, and can tow a two-axles trailer fitted with specific systems.

Many other projects would deserve a mention, ranging from very light systems to heavy vehicles. For more details on winning projects link to the Mildesign website by clicking here. 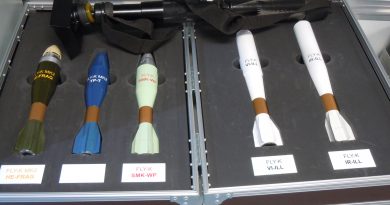 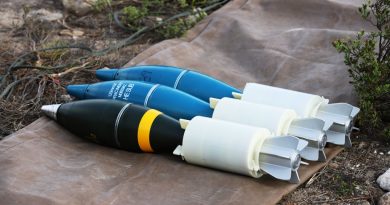 RDM pre-formed fragment mortar ammunition on their way to qualification 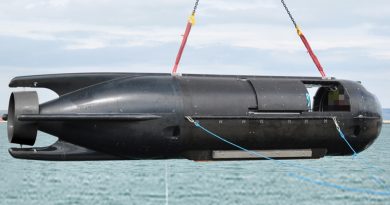