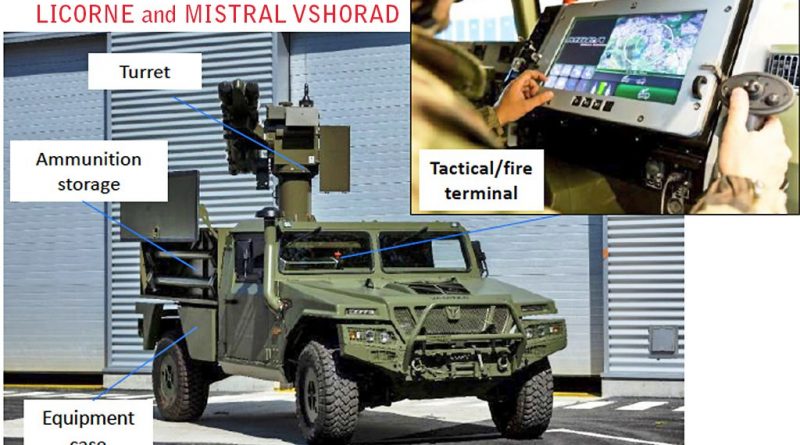 By Jean-Michel Guhl and Dmitry Fediushko

MBDA`s Licorne+Atlas RC combined (almost) stand alone short range air defence (SHORAD) system has been officially introduced to Gulf countries visitors during IDEX 2019 defence show & conference being held in Abu Dhabi, in the United Arab Emirates, on 17-21 February. It was only revealed to professionals some two years ago at Eurosatory, albeit in test form.

As everyone understands that the historic days of NATO versus WARPAC are now well over, no army around the world will ever move into combat with large brigade-size units protected by hefty mobile anti-aircraft defences, may it be AAA guns by dozens or powerful ground-to-air missile tracked carriers. Nowadays, expeditionary forces rarely number more than one or two battalions, to the most as witnessed by recent US or Russian on-scene deployments in the ME region. They however still utterly need SHORAD protection, like ManPADS backed by a basic but cutting-edge C2 capable of dealing with fast reaction delays. And moreover today where clouds of incisive drones are likely to target and saturate any existing exposed battalion on the move…

Providing all-round defence up to a 7-to-10km range (with a minimum 500m interception distance), the Mistral and Atlas RC system is a mobile flexible AD solution — now well tested and fielded on a Spanish URO or Arquus Sherpa 4×4 all-terrain vehicle. It is the certainly the only modern existing 2-man integrated battlefield SHORAD system with fire-sequence tactical ‘pocket’ terminal available with Link 16 induction on the market. This well-proven AD missile mounted by pair is now backed and controlled by a multichannel C2 lightweight computing system, named LICORNE (for Light Interception C2 Optical, Radar, Networked Enhanced!), designed to engage ‘on the move’ fixed-wing aircraft, helicopters and unmanned tactical aerial vehicles, including small-size UAS.

As such, from 6 to 8 such 4×4 vehicles would under all situations be enough to shield a land combat battalion from all sorts of existing low- or mid-level surprise air attacks. The ‘sting’ of the Atlas RC is made of a ramp of 2 Mistral missiles mounted on a 360°-turret with -10°/+55° elevation fitted with a IR Band II camera. The ‘brain’ or pocket C2 Licorne is designed to execute a wide range of functions: surveillance and identification (IFF), processing of local air picture, threat evaluation and prioritisation ; plus engagement policy, application of ROE (rules of engagement) and target assignment. Cueing and control of launchers, kill assessment and integrated simulation and training while being closely linked to higher AD authorities in charge of controlling the ‘big picture’ from a distant radar station, on land or near the shore. Embedded within a brigade or dismounted and scattered in the field, the Licorne tactical lay-out stands as a truly lightweight and flexible C2-rich SHORAD of the 21st Century. Forget the heavy-metal German Flak of the mid-20th Century: Licorne+Atlas RC is the new seamless lightweight AD duo in town! 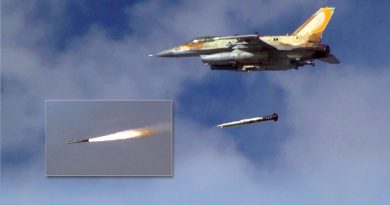 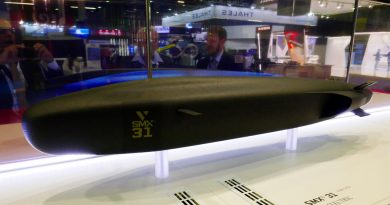 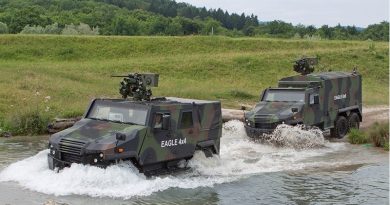