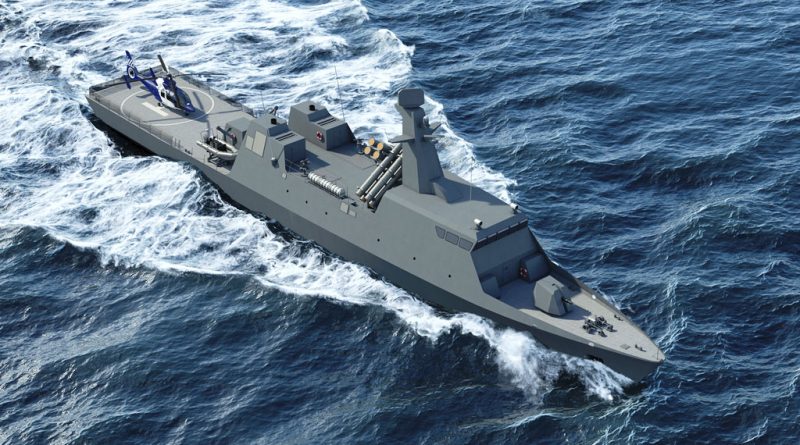 The largest Israeli-based shipbuilding and repair company for naval and commercial marine markets, Israel Shipyards, part of the SK Group, unveiled at Euronaval 2018 to have proposed the Israeli Navy a tailored design of its Saar S-72 corvette design for the replacement programme of in-service Saar 4.5 fast attack vessels. Israel shipyard has developed and responded in a very short timeframe to Israeli Navy’s competitive initial request of information (RfI) for a replacement of the Saar 4.5 class fast attack vessels with a longer and heavier version of its new generation Saar S-72 corvette design.  EDR understood the following programme phase will see a deeper interaction between the shipyard and the service to further refine the platform design. No further details on ship and combat system configuration neither program timeframe have been released but the larger Saar S-72 design proposed by Israel Shipyards pushes toward a well-armed platform capable to accommodate a variety of missiles, defence systems and sensors.

Built on the design and operational experience developed with the Reshef Saar 4 and the following Hertz Saar 4.5 classes of fast attack vessels and the integration of Israeli and international companies’ equipment, the design modularity of the Saar S-72 multi-purpose platform allows it to be offered in both corvette and OPV configurations, based on both different platform systems and combat system capabilities. With a length and beam of respectively 72 and 10.25 meters, the about 800 tons full load displacement Saar S-72 presents a stealthy design with a stern flight deck capable to accommodate a medium size  helicopter and hybrid propulsion system based on two MTU 16V1163M94 diesel engines, electrical motors and two shafts allowing for an above 30 and 12-18 knots maximum and cruising speeds.

The hybrid propulsion allowing to switch to diesel when required ensuring low operating costs and an endurance of above 5,000 NM at 12 knots and 21 days. With a crew of 45 members plus 20 special forces operators, the Saar S-72 can accommodate a powerful combat system including a 76/62 mm main gun mount, surface-to-air vertical launched missiles in the bow area, anti-ship missiles, remotely controlled 30 mm and machine guns in the superstructures and an advanced sensors suite. No details have been released, but EDR understood the latter is centred on a capable command management system and sensors suite based on latest generation multifunction radar such as the IAI-Elta ELM-2258 Advanced Lightweight Phased Array (ALPHA) capable to manage both Rafael C-Dome and IAI Barak 8 missile systems in addition to electronic warfare, EO/IR and radar fire control directors.

To further support national and export potential sales, Israel Shipyards has further enhanced its already capable facilities with the addition of a syncrolift with 3,600 tons lifting capabilities to become operational in March 2019, in addition to 1000 meters length total berthing area with 12 meters water depth. 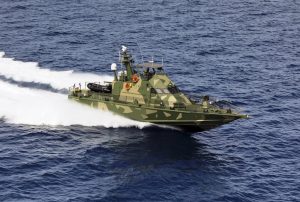 Israel Shipyards is also successfully offering its 62-meters OPV design with a new mast and superstructure design and its family of Shaldag fast patrol craft. A 62-meters OPV design has been delivered to the Cyprus Navy in January 2018 while a new platform is under construction for a South America customer to be delivered in 2019. The company has also been showcasing the two models of its fast patrol craft family, Shaldag Mk II and Mk V. Built in aluminium an driven by water jet, the two FPCs have a speed of above 40 knots even in rough seas. Capable to operate in shallow waters, the MkII model is design for coastal protection as well as for rivers, while the Shaldag Mk V is, among other missions, designed for EEZ protection operations. Israel Shipyards is to deliver in mid-November the first two-crafts MK II model for the Argentina Prefectura, with options for other two, while other no-disclosed campaigns are on-going.