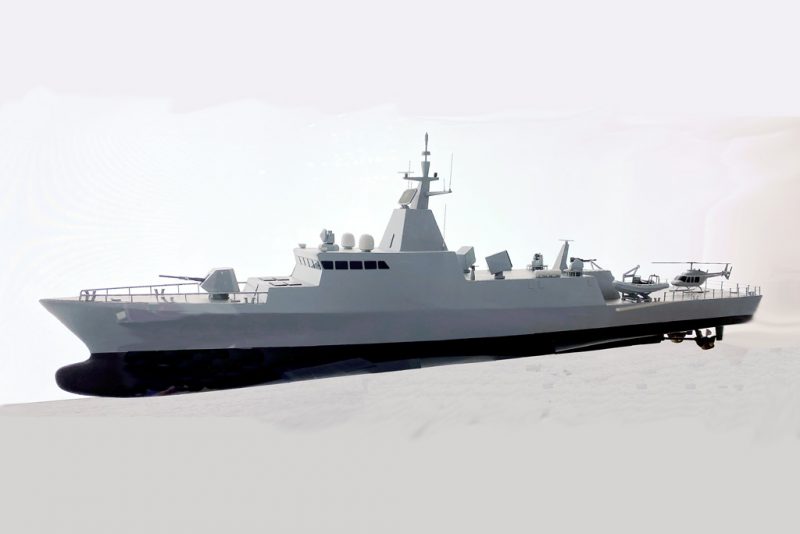 The new Sa’ar-80 multirole corvette, S-80 in short, unveiled by Israel Shipyards at Euronaval exhibition is based on the same shipyard’s S-72 platform, from which several designs have been evolved, including the Israeli Navy’s future Reshef-class corvette.

“The new SA‘AR-80 is an export version of the platform design for the Israeli Navy’s Reshef-class corvette, which is going to replace the over 20-years old but capable Sa’ar 4.5 missile patrol class platform,” said Oded Breier, Israel Shipyards V.P. Marketing to EDR On-Line, participating to the unveiling of the new platform model during the exhibition.

With a displacement of about 1,000 tonnes, a length and beam of respectively 80 and 11 meters, and a 3.25 meters draught, the SA‘AR-80 features a stealth design with a single block amidship superstructure. Her propulsion package is based on four MTU 16V4000 series diesel engines in a combined diesel and diesel configuration on two shaft lines equipped with controllable pitch propellers providing a maximum and cruising speed of respectively 28+ and 14 knots and allowing a range above 3,500 nm at 12 knots, in addition to an endurance of over 22 days. The new platform has a crew complement of 53 elements plus accommodations for 20 personnel.

The S-80 will be equipped with a state-of-the-art ship control system, a combat management system and will be capable of being equipped with combat systems made by the Israeli defence industries, or and any equivalent system according to customers’ requirements.

The ship configuration for patrolling missions, presented during the show, featured a landing deck for a medium size naval helicopter and two davit stations for RHIBs launch and recovery in the extreme stern area. The combat system included a bow mounted Leonardo 76/62 mm Super Rapido gun, a vertical launching system for surface-to-air missiles in front of the bridge with up to 4-ten cell VLSs in case of the C-Dome system, two decoy launchers and two 25-30 mm remotely controlled gun system amidship, on the superstructures. The sensors suite included an Elta/IAI ELM-2258 AESA Alpha 3D digital rotating radar, a fire control director for the guns, navigations radars, EW antennas and decoy launchers.

Being capable to accommodate a larger payload compared to the S-72 platform, “the Reshef-class corvette under development by our shipyard for the Israeli Navy, of which the Sa’ar-80 represents the export version, will feature a different configuration in terms of combat system and mission payloads,” explained the Israel Shipyards representative to EDR On-Line. The Reshef-class platform will have an extreme stern area devoted to modular payloads based on containerized equipment, to enhance the quick change of missions capability and therefore versality of the platform, while the two davit stations for RHIBs launch and recovery area will be occupied by at least two 4-cell launchers for anti-ship missiles like the IAI Gabriel V, but potentially also the new Rafael Sea Breaker. The bow area will present the same 76/62 mm Super Rapido gun mount already installed on board the new Sa’ar 6 larger corvette platforms and a vertical launching system (up to 20 cells divided into 10 +10 blocks) for Rafael C-Dome surface-to-air missiles as already confirmed by the Israeli Navy. The weapon package is expected to also includes two Rafael Typhoon remote control guns (25 or 30 mm), decoy launchers for both AAW and anti-torpedo operations and potentially two Naval Spike NLOS (Non-line-of Sight) missiles. The sensors suite is expected to be centred on the ELM-2258 AESA Alpha 3D digital rotating radar for both air and surface surveillance and weapon support, in addition to an integrated EW suite with both passive and active capabilities, a fire control director for the main gun plus the EO/IR equipment for both around-ship surveillance and smaller gun control, together with a full communication suite.

The new Reshef-class detailed design is being finalized, according to the shipyard representative, with first steel cut of the first-of-class platform to occur in 2023, while first delivery to the Israeli Navy is expected in 2025. 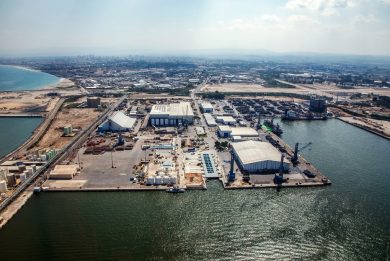 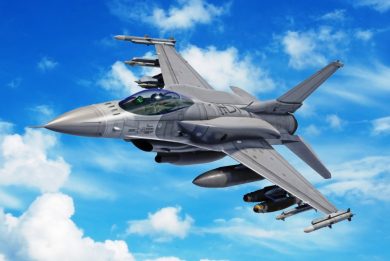 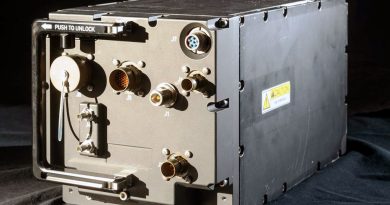