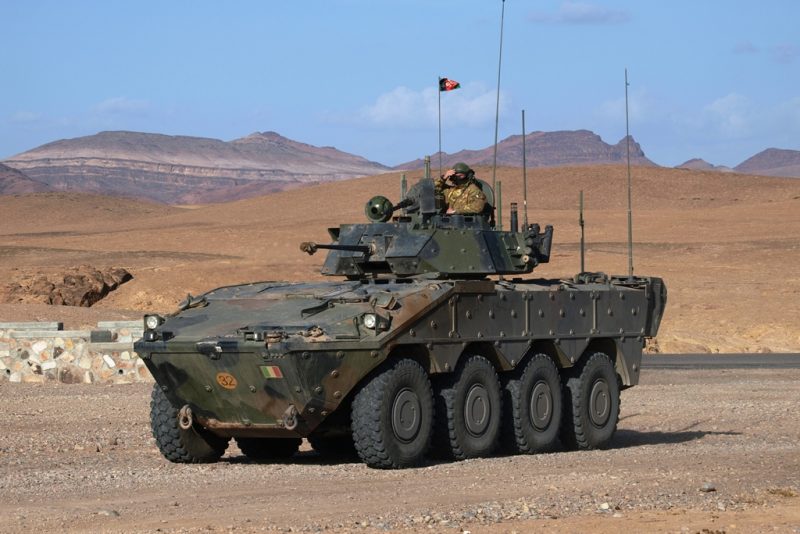 Following the planned demerger of Iveco Group N.V. from CNH Industrial NV, which took place on December 31st, 2021, the former entity debuted on the Milan stock exchange on January 3rd. CNH Industrial will concentrate on construction equipment and services for the agriculture and construction sectors, while the Iveco Group with its brands will operate in the trucks, busses, and defence fields of activity.

Among the Iveco Group brands we find Iveco DV, for Defence Vehicles, based in Bolzano, which portfolio includes wheeled armoured vehicles, ranging from light 4×4 to 8×8 platforms, as well as trucks. Iveco DV is also part of the CIO, Consorzio Iveco DV Oto Melara, a joint venture born in the 1980s to provide the Italian Ministry of Defence with a series of new combat platforms that included a main battle tank, the Ariete, an infantry tracked fighting vehicle, the Dardo, a wheeled mobile gun system, the Centauro, and two wheeled troop transport and weapon carrier vehicles, the Puma in the 4×4 and 6×6 configurations. Based on the Centauro architecture a wheeled infantry combat vehicle was developed, the VBM Freccia, which has been acquired by the Italian Army for its Medium Brigades and was first deployed to Afghanistan in August 2010. The Freccia programme is still ongoing, infantry regiments belonging to three brigades, the “Pinerolo”, based in southern Italy, the Sicily-based “Aosta” and the Sardinia-based “Sassari” having received most or part of the planned vehicles.

On December 30th, the Secretary of Defence (Segredifesa) Land
Armaments Directorate signed a contract worth 440 million Euro with the CIO for a further batch of Freccia specialised variants as well as for the design of an MLU programme for the Freccia family.

The contract includes the provision of 40 new Freccia, 14 in the mortar carrier variant and 26 in the command post variants. Plural is needed for the latter vehicles, as the Italian Army decided to have two different command post vehicles, which will form the Land Tactical Command Post, PCTT in the Italian acronym. The higher-level vehicle, known as VBM ACP CU (Command Unit) is easily identifiable as it lacks the Leonardo HITFIST 25 turret, the firepower for self-defence being provided by a HITROLE Light RCWS armed with a 12.7 mm machine gun. It carries a crew of seven, which includes the driver, commander, and radio operator, plus four staff personnel, each with a dedicated computer console.

The second command vehicle, known as VBM ACP TU (Tactical Unit), is a direct derivative of the combat version and retains the medium-calibre turret; it hosts the driver, the commander and gunner in the turret, and two staff personnel at the rear, each one with a console, some extra seats being available. The decision to split the command element in two was taken to provide units with a command vehicle capable to operate close to the enemy without being easily identifiable. The order filed in late December includes 13 vehicles of each type- All those will be fitted with the latest command, control and navigation system developed by Leonardo within the framework of the Forza NEC programme and known as C2D/N EVO.

While the Freccia production is ongoing, the Italian MoD started thinking at a mid-life update programme, the first prototypes being over 15 years old while the 8×8 has started its operational life over one decade ago. The contract includes the funding of a study for the MLU that will lead to a prototype of what is dubbed Freccia “Plus”. The main target is to cope with obsolescence and to bring back the power-to-weight ratio at over 20 hp/t, the vehicle weight having increased along the years, mostly for the heavier protection required for countering the evolving threat in the Afghan scenario. The powerpack output will be increased from 550 to 660 hp, will feature an upgraded common rail technology, and will be ready for the adoption in the future of a hybrid traction system. A number of other improvements in the power steering, braking system, electrical system, and automatic fire extinguishing system are also planned, upgrades to the driveline, increasing growth potential by up to 15% compared to current levels.

Leonardo, responsible for the turret, will upgrade the fire control system, adding new latest generation sensors; current sights will be replaced by all-digital systems provided by Leonardo, the Lothar D (Land Optronic Thermal Aiming Resource) sight for the gunner and the Janus D for the commander. The communication suite will be based on Leonardo’s SWave VQ1 4-channel software defined radio, operating in the HF, VHF and UHF bands, the aforementioned C2D/N EVO being also installed on the Plus vehicles, as well as a new digital intercom system. A new satellite receiver will also be fitted to allow the Freccia Plus to exploit both US GPS and European Galileo PRS navigation signals.

The Italian Army currently lacks a recovery capacity for its Medium Brigades regiments equipped with 8×8 armoured vehicles. The CIO developed a recovery version of the 8×8 Centauro, which is in service with the Spanish Army, but Italy never acquired it. The contract signed last December includes six HRPC (High Roof Protected Cabin) 10×10 trucks with recovery capacity, fitted with a newly designed protected cab, which will at least partly solve the problem. These trucks will be powered by an FPT Industrial’s 680 HP Cursor 16 engine, and will be able to lift and move loads of up to 25 tonnes from a stable platform, and recover vehicles broken down, damaged or overturned with an overall weight up to 32 tonnes.

The contract signed in late 2021 also includes a 5-year logistic support for all the above-mentioned vehicles.

The CIO already delivered a total of 283 VBM Freccia in four different versions. The fist Medium Brigade to be formed was the “Pinerolo”, which infantry regiments received 172 8×8 in the combat version, 36 in the antitank version, which are combat Freccia with integrated Spike ATGM launchers, 17 mortar carriers, fitted with TDM 2R2M 120 mm rifled mortar systems, and 2 command post vehicles, one in each variant, for operational testing. Until now the “Aosta” Brigade, and more precisely its 6th Bersaglieri (mech.inf.) regiment received 51 Freccia in the combat version and 4 mortar carrier vehicles. Some Freccia in the combat version have also been delivered to the “Sassari” Brigade, namely to the 3rd Bersaglieri Regiment. 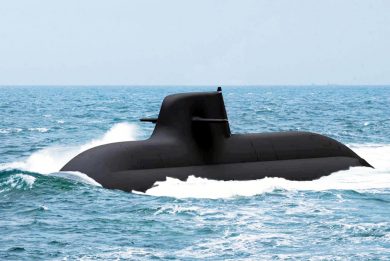 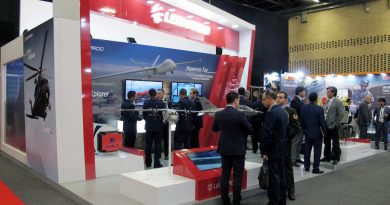