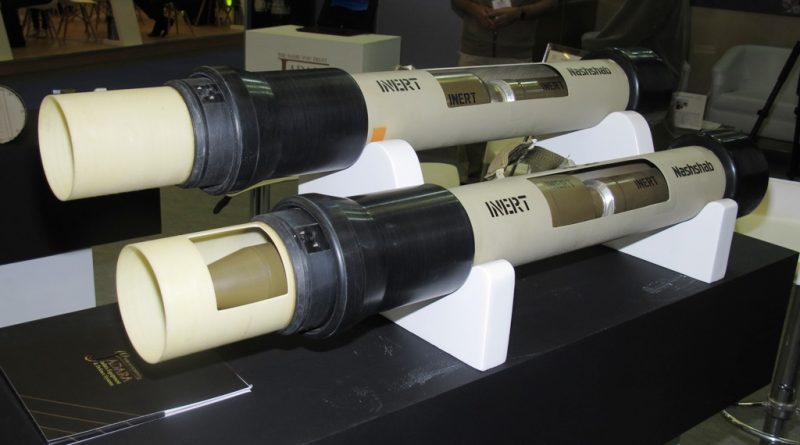 When entering the Expodefensa premises from the main gate it is impossible not to see the Jadara stand, where the starring system is definitely the RPG-32, which is the main short range antitank and anti structure weapon of the Royal Jordanian Army, as well as that of other numerous customers in the Middle East, Africa and Eastern Europe. Established in 2005 as a joint venture between King Abdullah II Design & Development Bureau, better known with the KADDB acronym, and the Jordanian Specialized Company for Electronic Services (JSCES), Jadara started producing the RPG-32 “Nashshab” in May 2013, following the inauguration of its new plant, manufacturing being still going on at a steady pace.

The RPG-32 is made of a 105 mm calibre front reusable launcher weighing 3 kg that is coupled to the ammunition, contained in a sealed tube; the launcher can withstand 200 firings. Two types of grenade are available; the PG-32V tandem warhead antitank grenade based on two shaped charges, the first of which detonates the reactive armour if present, and the TBG-32V thermobaric grenade, the ammunition of choice against structures. Both can be used from confined space, a must in urban warfare, and are fitted with a self-destruction device for maximum safety. 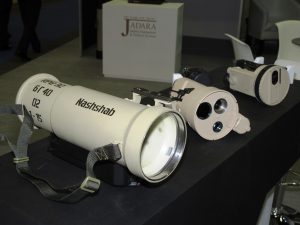 In the ready to launch configuration the RG-32 is 1,200 mm long and weighs 12.4 kg. The grenade reaches a maximum speed of 140 m/s, with a maximum range of 700 meters and a maximum effective range half of it. The PG-32V can penetrate over 650 mm of rolled homogeneous armour after having defeated the reactive armour, while the thermobaric grenade can go through 1,500 mm of reinforced concrete or 2,000 mm of brick. Four different sights are available, the standard one being the 1P81, a normal optical telescope; to improve accuracy the GS-2R with laser rangefinder is also available. As for night shooting, the NV/A-1 image intensification sight can be added to them. Two months ago Jadara inaugurated another plant which is dedicated to the manufacturing of day and night sights.

The RPG-32 is the ammunition of two different four-round systems developed by the Jordanian company, the Quad-1, a tripod mounted mount with the day/night sight in the middle and two rockets tacked on each side, and the Quad-2, a vehicle mounted mount with four rocket launchers installed side by side. While the latter has a ±360° traversing angle, the tripod mounted version has a ±85° traverse. 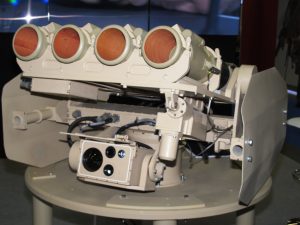 For its weapon system Jadara also developed a training grenade and tube, respectively known as IRG-32 and UPI-32, and an electronic simulator, the JR-SIM-32. For the RPG-32 it is the second trip to Latin America, last May the system having been exhibited in Peru. Jadara is looking at new markets, and it believes that the system can be of considerable interest for this region.

The prototype of the J-9 sniper rifle was also present at Expodefensa. Unveiled at Sofex 2016 in Jordan, it is now fully developed and tested by the Jordanian forces, awaiting the launch customer.

In 2017 Jadara established an Research and Development Centre for designing and development of new products.

Sofex 2018 will mark an important step for Jadara, as at the show in Amman the company will unveil a new product. EDR magazine understood that it should be a rocket launcher or similar.

While the currently produced weapon system was developed in close cooperation with a Russian partner, the new systems will be wholly developed in Jordan. Jadara states that it is in the latest phase of testing, thus we will have to wait early May 2018 to see what the Amman-based company has developed.