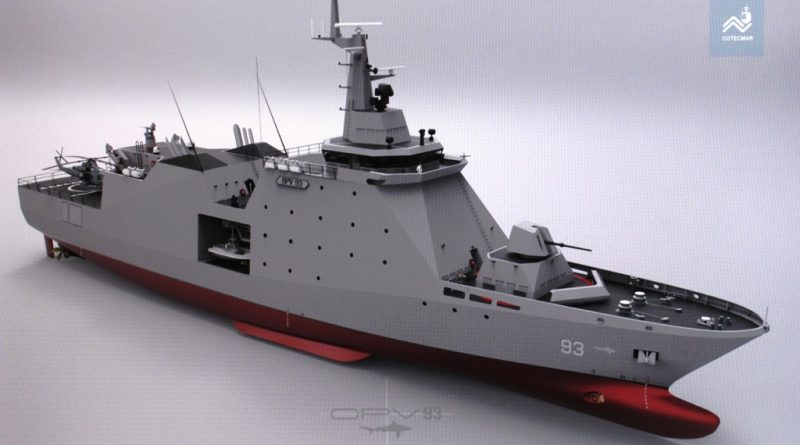 Two years into the design work of the new offshore patrol vessel derived from the OPV80, the Corporación de Ciencia y Tecnología para el Desarrollo de la Industria Naval Marítima y Fluvial (COTECMAR),will finalise the ship in Q2 2018, which should bring to a contract in the second semester of the same year. The initial plan was to provide the Colombian Navy with six OPVs, thus three OPV93, the number indicating the length, should be built at the main shipyard in Cartagena de Indias.

The OPV93 incorporates the lessons learned on the OPV80, which proved effective but which reached the limit of its capabilities. In fact the three existing naval units are all different in many aspects. As an example, the last one produced had to give up the multipurpose room below deck, that gave a considerable flexibility, to host the 76/62 mm gun, which magazine fills that space. The new ship will thus be 13 meters longer, the beam increased from 13 to 14 meters. The hull is currently under trials at HSVA in Hamburg (Hamburgische Schiffbau-Versuchsanstalt); 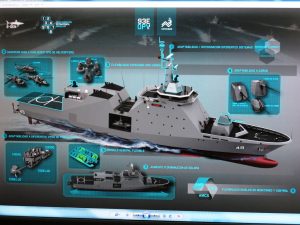 COTECMAR seeks to optimise it for speeds between 18 and 23 knots, as it considers potential export orders that might require higher speeds compared to the Colombian requirement, which is of 18 knots. Two versions of the ship are thus being considered, the OPV93C, for the Armada de la República de Colombia (ARC), and the OPV93E, the last letter standing for “Export”. While details of the Colombian configuration are emerging, the modular concept adopted allowing COTECMAR to tailor potential export ship to customers’ requirements.

Looking at Colombian OPV93s, starting from stern, the new OPV will be capable quickly deploy a high-speed 41-feet long aluminium hull boat for interdiction missions from the stern ramp. This is provided by SAFE Boats International of Bremerton, Washington, with which COTECMAR signed an association agreement in March 2017. The flight deck will be capable to host medium sized helicopters such as the Bell 412, currently part of the Navy inventory, and potentially the SeaHawk, that might be a future choice, Colombia being the largest UH-60 user after the United States.

The Navy expressed the need for a structural hangar, the telescopic solution being considered unapt. Over the hangar roof we find the 25 mm remotely controlled gun, covering the rear sector, two 12.7 mm RCWS being installed at mid-ship on the superstructure ensuring protection on the sides. Two smaller boats can be launched by crane; although smaller than the previously described assault boat, the decision was taken to adopt operational craft rather than logistic ones. The bow mounted 76 mm gun completes the weaponry, although the OPV93 might also be fitted with a CIWS. 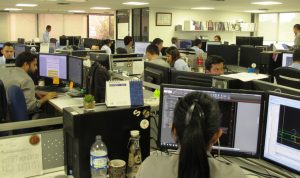 The three new ships should be fitted with the next generation fire control system developed by the Navy Weapons Division, which might become a light combat management system integrating all sensors. A data link will allow Colombian OPV93s.

As said the OPV93 maintains some growth potential: a 7% growth displacement over the 2,250 tons of the initial configuration is forecasted. Sometimes criticised for the height of its superstructures, the OPV93 is being submitted to a weight reduction programme in order to further increase the growth margin in the height of the centre of gravity.

Propulsion has not yet been fully defined, the ship being open to different solutions, based on diesel and electric systems. A final decision will probably be taken following the outcome of current hull tests. According to COTECMAR the first of class should be launched in Q3 2022, becoming the first major naval unit entirely designed in Colombia.