Jean-Michel Billig has been appointed Naval Group’s Executive Director to work with the Commonwealth of Australia on the Australian Future Submarine Program. Member of the Naval Group Executive Committee, he joined the company in May 2017 as special advisor to Hervé Guillou, President and CEO. 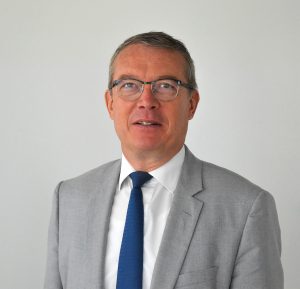 The Australian federal government has selected Naval Group as its partner to design and build twelve future submarines for the Royal Australian Navy. In his role as Naval Group’s Executive Director, Jean-Michel Billig will be responsible for working with the Commonwealth of Australia and Lockheed Martin Australia (the combat system integrator) in finalising all the contractual and industrial provisions that will underpin the success of the program. Meanwhile, the Australian and American teams continue to settle into Cherbourg to commence the future submarine design studies

From 2015 to 2017, Jean-Michel Billig was CEO of Zodiac Seats and member of the Executive Committee of Zodiac Aerospace. Between 2012 and 2015, he joined Renault Group (Renault, Dacia, Samsung) as Executive Vice President Engineering and Quality and was a member of the executive committee. Prior to that, he spent most of his career in the EADS Group, now known as Airbus. From 2009 to 2012, he was responsible for the technical management of Eurocopter, which later became Airbus Helicopters, and was a member of the executive committee. In 2007, he was appointed Director of Systems Engineering at Airbus. Previously, and over a period of five years, from 2003 to 2007, he was appointed director at Airbus Military on behalf of France for the European A400M multipurpose military transport aircraft programme. Jean- Michel started his career in 1988 at the then Aerospatiale (now Airbus Group) in several project- management functions working on programmes such as the Franco-German Tigre attack helicopter.

Jean-Michel Billig was born in 1963 and is a graduate of the Ecole Centrale de Paris. He is also a Commander in the French Naval Reserve.