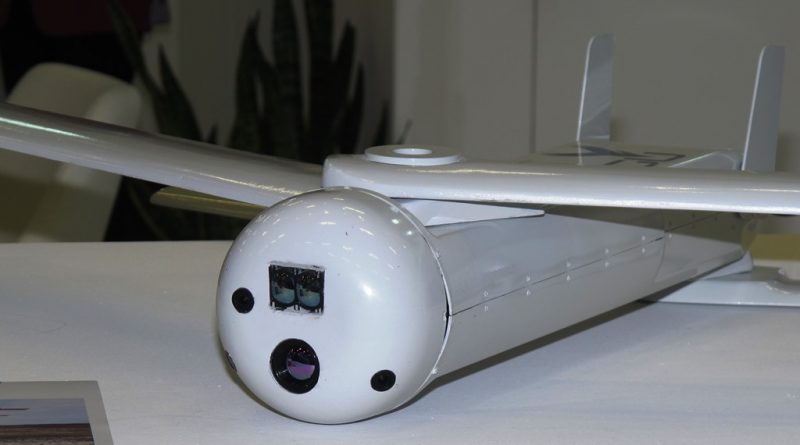 Exhibited for the first time in Latin America, the Alpagu and the Kargu are two killer drones developed by STM of Turkey. The former is a fixed wing aircraft launched from a square section tube thanks to a pneumatic device; its main wings and rear empennage open after launch, propulsion being ensured by an electric motor driving a rear-mounted pushing propeller. 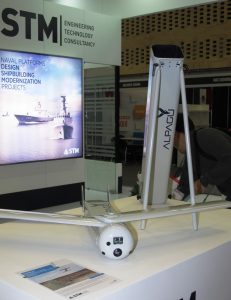 STM skills in deep learning and big data were used to develop artificial intelligence and image processing   algorithms allowing the Alpagu to navigate by video, and to detect and classify static or moving targets such as vehicles or people. The aircraft is fitted with day and thermal optronic sensors. With a 1,250 mm wingspan and a 650 mm long fuselage, the Alpagu weighs 3.7 kg and can carry a 500-600 grams payload, currently in the form of a hand grenade manufactured by MKEK of Turkey, other customised payloads being possible.

The system can be readied for launch in less than 45 seconds, and once in the air it has a cruise sped of 58 km/h and a maxim um speed of 80 km/h; range is 5 km, with 10 minutes endurance, maximum height over ground being 400 meters while optimal mission altitude is 150 meters. Once the target has been identified, the Alpagu dives on it, reaching a maximum speed of 130 km/h, thus adding kinetic energy to that of the explosion. A rotary wing option is also available, known as Kargu. 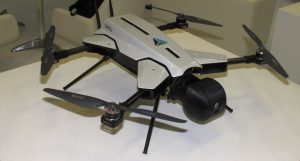 Deployment time, range and endurance, as well as payloads, are similar to those of the Alpagu, however the optronic package is fitted on a two-axis stabilised gimbal and is fitted with a x30 optical zoom. Heavier than its fixed-wing counterpart, 6.285 kg, this quadcopter can reach a maximum height of 1,000 meters over ground, mission height being 500 meters. Maximum speed is 72 km/, but once identified the target its dive speed nears 120 km/h. Production of both systems is expected to start in March 2018.