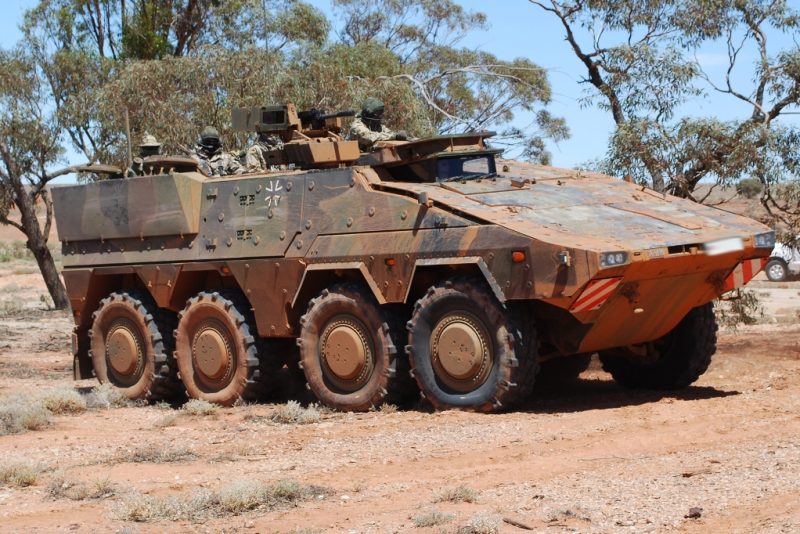 On June 22nd, 2021 Artec GmbH, the Joint Venture formed in 1999 by Krauss-Maffei Wegmann, Rheinmetall Landsysteme and Stork PWV B.V. (now Rheinmetall Defence Nederland B.V.) delivered to the Bundeswehr the last of 405 Boxer 8×8 armoured vehicles, ordered in two batches, respectively in 2006 and 2015. Of those, 282 were produced by KMW. Although the German programme seems to be completed, some upgrades to the latest A2 version are still underway while it is not excluded that more chassis might be produced for further specialised variants, the Boxer is definitely not a closed chapter for the Munich-based company. Visiting its headquarters, EDR On-Line talked to Anton Wolf, Rheinmetall’s Executive Manager of the Boxer programme.

The Netherlands were partnered with Germany since the development phase, so all 200 Boxers aimed at the Koninklijke Landmacht were build locally. Looking at the export market, KMW is in charge of producing 56 of the 91 Boxers ordered in 2016 by Lithuania, 28 of which have been delivered, that country being the first to adopt the Boxer as an infantry fighting vehicle. “Australia is a peculiar case as the prime contractor is Rheinmetall,” Mr. Wolf explains, “and KMW will deliver all 211 welded chassis as well as 80 drive modules to the prime, the contract having been signed in 2018. As for the UK contract, we will produce 250 of the 523 8×8 platforms meant to serve with the British Army; 25 of them will be assembled in Munich while the remaining 225 will be produced in the United Kingdom, at WFEL’s facility in Stockport, near Manchester. The programme is half way through the critical design review, initial production having started recently.”

KMW is the Systems Design Authority (SDA) for all Lithuanian variants as well as for the Dutch and German driver training versions and for German medical and troop transport versions. As for the UK programme KMW is SDA for the basic vehicle, the ambulance, the infantry carrier, while the special carrier responsibility is split between KMW and Rheinmetall.

Along its life the Boxer put up weight. At the beginning of its history the troop transport vehicle variant had a mass of 32-33 tonnes, then a first upgrade was adopted when the vehicle was deployed to Afghanistan, increasing mass to 35 tonnes due to extra mine protection and new subsystems. The infantry fighting vehicle variant is rated at 38.5 tonnes, similar to the mass of the Remotely Controlled Howitzer (RCH) version.

Germany is considering acquiring 120 wheeled 155 mm howitzers, for which KMW is proposing its RCH; according to Anton Wolf a further opportunity in Germany might come from the ongoing discussion about an armed version of the Boxer, known as Schwerer Waffenträger (heavy weapons carrier) to be armed with a 30 mm turret, for which the two companies forming the ARTEC joint venture are proposing different turret solutions, KMW the Puma unmanned turret and Rheinmetall the Lance two-man turret. “From the logistic standpoint our solution makes sense, as the Bundeswehr already fields over 400 Boxers and 342 Pumas, our turret proposal requiring a lesser protection as it is unmanned,” he adds.

In mid-August 2021 KMW carried out a two-day firing demonstration at the Klietz Bundeswehr firing range, 80 km west of Berlin, the main objective being demonstrating to over 10 delegations the RCH 155 capabilities. One of those is the quick in and out of action time of the system, which was capable to come to a halt, fire three rounds and get back on the move in less than 50 seconds.

The RCH also carried out a firing mission while on the move, at around 20 km/h, firing two rounds against a static target; according to KMW firing on the move against a moving target should be possible, i.e. against a naval objective which trajectory is more predictable, all this being possible thanks to the effective turret stabilisation. Last but not least, the RCH proved itself in a direct fire mission; the mass of the artillery projectile ensures a considerable energy release on the target, which makes it effective at 1-2 km range against most armoured vehicle, with the possible exception of last generation MBTs.

Exploiting the Boxer considerable payload capacity and the advantage provided by its modular approach, KMW in these last years invested company funds to integrate a number of different turrets of various manufacturers, some of those solutions having not been publicly exhibited. Following the scheme adopted for the E-MBT, the European MBT exhibited at the KNDS stand at Eurosatory 2018 that sees a French-made turret over a German-made chassis, KMW integrated Nexter’s T40 turret onto the Boxer. It is armed with CTA International CT40 cannon that employs 40 mm cased telescoped ammunition, that gun being also adopted in the UK on the Ajax.

A much heavier solution was to be exhibited at the cancelled 2020 edition of Eurosatory; a Cockerill 3105 two-man turret developed by John Cockerill Defense and armed with a 105 mm gun was installed over the German 8×8 platform. Mobility trials have been performed but no firings have taken place yet. One of the known programmes for a similar solution is that from Brazil, which has been already moved to the right more than once for budgetary reasons.

The aforementioned wheeled 155 mm howitzer is not the only system needed by the German Army. To replace its obsolete tracked mortar carriers based on 120 mm Tampella mortars mounted onto M113-derived tracked vehicles, the Bundeswehr is seeking new SP mortars. Two Boxer-based mortar carriers are being investigated by KMW. One employs Patria’s NEMO turreted solution that leaves considerable room inside the module that hosts the weapon operator and loader in the back, the commander at the front, and 45 complete rounds. Fitted with a 3 meters long 120 mm smoothbore barrel, with a –3°/+85° elevation arc, it can fire along all 360° at a 10 rounds per minute rate, with a range of over 10 km. The second option is based on RUAG’s Cobra, the weapon system being installed inside the module which roof opens up to allow firing; fitted with a 2 meters long barrel, giving a 9 km range, and with a semi-automatic loader ensuring a rate of four rounds in 20 seconds, it has a crew of three and the same 85° maximum elevation. F

or the time being these solutions are still on computer screens, as well as the third proposition, this time for infantry, armed with a Hirtenberger 81 mm mortar; manual loading is ensured by two loaders, lighter rounds allowing a 30 rounds per minute rate of fire, the range being in excess of 6 km. Something that might materialise is the so-called Joint Fire Support Team schwer (heavy), another artillery-related variant of the Boxer. The JFST-heavy will be fitted with a whole set of sensors, a mast-mounted stabilised optronic package containing thermal imaging also in the Short-Wave InfraRed (SWIR) band, as well as a laser rangefinder and a laser target designator, together with the artillery command and control system and three operators consoles. According to viewgraphs, two crewmembers are seated on the right, the mast system being on the left, behind the third operator. The production contract should include 20 JFST-heavy vehicles to be issued to German Army artillery units.

One contract which is definitely funded, but that will not increase the number of Boxers produced as it will be obtained transforming some of the existing vehicles, is the so-called qFlgAbw (qualifizierten Fliegerabwehr, qualified anti-aircraft defence), a very-short range air defence system optimised for acting against drones. It will be manned by a crew of two plus the driver, and will be fitted with a Kongsberg Protector RS4 remotely controlled weapon station armed with a Heckler & Koch 40 mm automatic grenade launcher capable of firing airburst munitions (ABM), and a Spexer 2000 3D Mk 2.5 radar provided by Hensoldt. KMW proposed a system based on the Puma turret, which fires 30 mm ABM rounds, but the Bundeswehr decided to go for a light RCWS. The 10 vehicles to be produced are meant for the German brigade-size contingent that will lead NATO VJTF in 2023.

Two existing prototypes, both aimed at combat support, units were also developed. At DSEI 2019 Artec and Flensburger Fahrzeugbau Gesellschaft mbH (FFG) unveiled the demonstrator of the Boxer Repair and Recovery vehicle, the specialised module being designed and developed by FFG, the 20 tonnes crane being able to lift any Boxer Mission Module as well a the powerpack. Fitted with a 40 tonnes winch, it has a crew of three including the driver. The UK has shown interest in this module, while Australia decided to go for two vehicles, splitting the recovery and the repair roles, the latter vehicle being equipped with a crane that is capable to carry out maintenance operations but not to lift a mission module.

An in-house solution is proposed for the bridgelayer version, KMW being the manufacturer of the Leguan bridging system. It can carry either a one-piece 14 meters long and 4.01 meters wide MLC 80 bridge, which is already available, or a 22 meters long, 3.50 meters wide MLC 50 bridge in two-pieces, currently in development. The first solution was shown during the opening ceremony of the aforementioned Stockport facility. Both the repair and recovery and the bridging solutions are exhibited at DSEI 2021.

Even if Bundeswehr contracts have come to an end, new variants might well bring to further contracts both in Germany and abroad, to add new platforms to those already ordered by five nations in two continents.