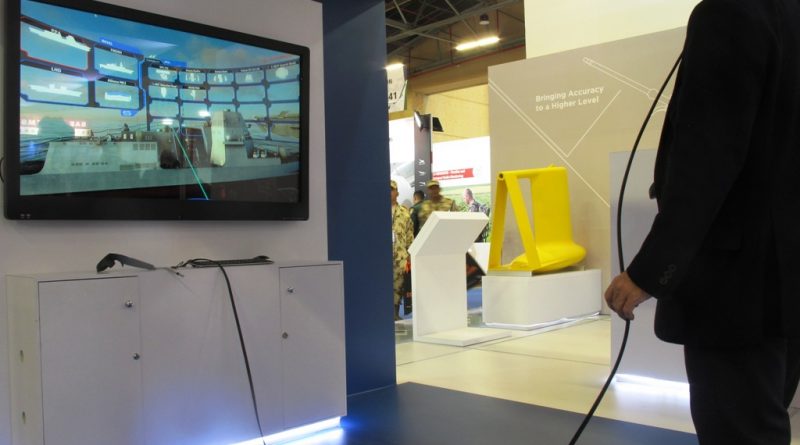 Strongly present in Colombia with its naval guns, Leonardo 76/62 mm gun is installed on five naval units, a similar number of 40 mm guns being also employed by the Armada Nacional, the Italian defence group is willing to maintain its leadership and it is proposing its widely used 76 mm system to equip the three OPV 92 which design is close to be frozen and which contract should be signed in late 2018.

Still in the naval field, Leonardo is also looking with interest at a possible upgrade programme of the A/244 torpedoes currently in use, and is proposing a helicopter-launched version, although budgetary problems might impede the Navy to adopt such an improvement on its rotary wing aircraft. As for ammunition, the whole panoplia of the Vulcano family was present at the show. 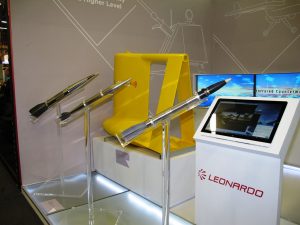 The major interests of the group are however for aviation programmes; should the Typhoon, strongly proposed by the participating countries, be chosen as replacement for the Kfir, Leonardo would obviously have its share, however the company is also considering technology insertions in the radar, self protection and mission systems, should Colombia decide to upgrade current fighters. Three different radars are being proposed, the first one being the Grifo ESA, which should made its debut in late 2018-early 2019. A lower cost solution would be the Grifo 200, based on TWT technology. From the UK comes the Vixen 500E, the other AESA radar of Leonardo.

Beside fighters, Leonardo considers also potential surveillance platforms upgrades, such as that of the Cessna Citation. Radars proposed are derivatives of those offered for fighters. Self-protection is another area of interest, the BriteCloud Expendable Active Decoy being the state-of-the-art product, Leonardo looking not only at high speed aircraft but also at helicopters. 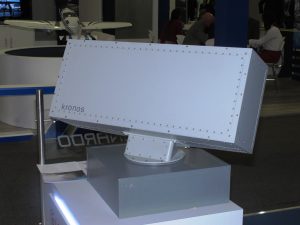 Colombia has launched a common development with Spain for a MALE UAS; this said Leonardo is pushing existing solutions, such as the Falco EVO, as interim solutions awaiting the final development of the national UAS.