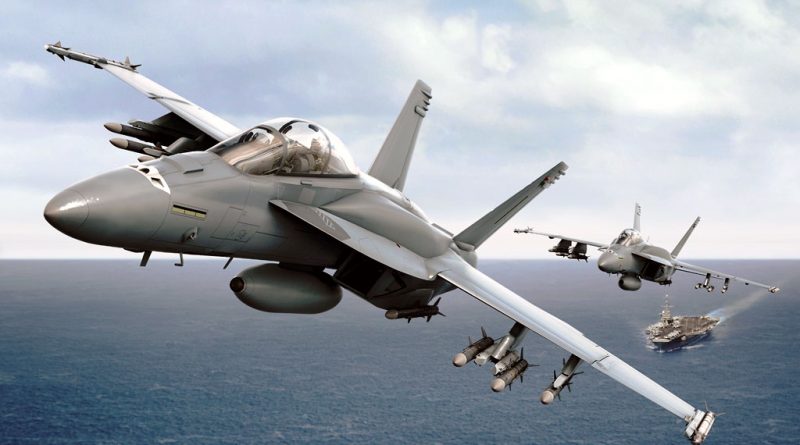 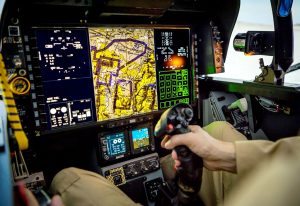 “Five will be the basic changes to the airplane,” Bob Kornegay, F/A-18 and EA-18G Capture Team Lead explains. “First we add the Advanced Cockpit System, the 10×19 inch display, one solid piece of glass rather than two in the front cockpit.” The ACS is flying today in the first Kuwait aircraft, so it is already being tested, the first ACS having flown first with the new Boeing T-X trainer. “The second element is the new open architecture provided by the new computer that we call the Distributing Targeting Processor-Networked (DTP-N), based on a multi-level secure processor providing about 17 times more computing power than its predecessor. The Tactical Targeting Network Technology (TTNT), is the third element, this high-throughput, IP-based, data link allowing us to do multi-ship fusion, thanks to the high bandwidth.” This system will be installed also on the Growlers and on E-2D Advanced Hawkeyes, allowing all those aircraft to share a common picture. 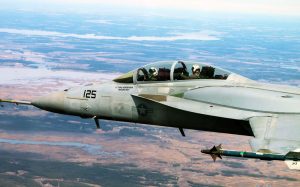 The TTNT, together with the Block II IRST, a separate programme of record already funded by the US Navy, allows to do long range passive targeting without using the aircraft radar, relying only on the enemy aircraft thermal signature. “You have the new IRST, you have the new computing power, you have the new data link, so while in the old models a single ship fitted with the IRST was getting only a line of bearing, now with the multi-ship capability two lines of bearing will provide a tracking capability thus a targeting solution,” Bob Kornegay explains, adding that the Block II IRST, which is mounted in a fuel tank, taking roughly the front third of it, has been flown, and that its capabilities will continue to be evolved and improved. “We are doing what we call ‘early fleet release’, a procedure to provide a capability to the warfighter faster, so we are working hand in hand with the Navy interactively bringing the IRST capability to the fleet as we are developing it,” explains Jennifer Tebo, Boeing’s Director of Development for the F-18 Super Hornet. The company gets constant feedbacks while the Navy can work out tactics and figure out how to use that new capability. “They give us the feedback in the various phases of the development, so at the end we will deliver exactly what they want,” Tebo adds. 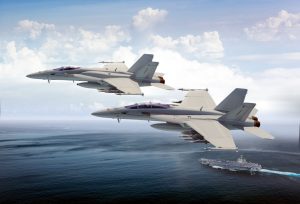 A further key element is the insertion of another programme of record, the SATCOM advanced network connectivity, an IP-based, high-throughput system enhancing long range communications. As the DTP-N and the TTNT are considered together, the fifth improvement, the only that can be seen from outside as it modifies the shape of the aircraft, is the adoption of conformal fuel tanks; “we took basically the same fuel that was in the two drop tanks, we moved it over the wing in a low drag configuration, which allowed us to open up more weapon stations,” Kornegay adds, showing the picture of an aircraft armed with eight AMRAAMS and two AIM-9X missiles. “In early March we first flew the conformal tank prototype, out of Patuxent River,” Jennifer Tebo tells the audience. “We already flew it in the past as a demonstration activity when we were working on the Advanced Super Hornet, but this time we flew it as part of the test programme in order to get pilot feedback, and to help risk-reduce the design, so we extended the flight envelop compared to the prototype demonstration phase.” According to Tebo pilots declared that they hardly could tell that the tanks were in place, “and that is our goal, to put these things on and have no impact on air performances as well as on radar cross section,” she added. In fact the new aircraft configuration reduced the radar cross section compared that with drop fuel tanks.

Finally comes the sixth major improvement, the life extension that brings the Block III aircraft to over 10,000 hours: “we took the lessons learned, inserted them into the original design of the aircraft, and now we can roll a 10,000 hours aircraft off the assembly line,” Bob Kornegay concludes. Visiting the assembly line, production engineers explained that initially the target was to bring them to 9,000 hours, however further analysis highlighted that no major modification were required to go over the 10,000 hours mark. 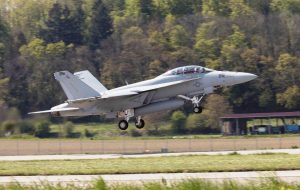 Talking production, the last two Super Hornets that will leave the assembly line in 2019 will be Block III aircraft. “We accelerated the development of the Block III by one year to allow two test jets to do their carrier suitability tests as well as a number of other tests,” Jennifer Tebo says, “and we will start delivering full operational Block III at the beginning of 2021.” The Navy will acquire 78 Super Hornet Block III as a programme of record, each aircraft costing around 65 million US$, the cost of the flight hour being estimated at 18,000 US$.

The production of the new aircraft is however only a small part of the business, the Navy intending to bring up to the Block III standard all its Super Hornet fleet. The first step is increasing their operational life by 4,000 hours under the Service Life Modification (SLM) programme; this has already started, and during our stay seven aircraft were already undergoing the SLM, the first being scheduled for delivery by year end. The Navy declared its intention to fly 200 hours per aircraft per year, thus the SLM will allow 20 more years in the air for the Super Hornets, which copes with the service intention to fly them well past 2040. The full Block III upgrade will however start in 2022, once all newly built Block III will be delivered. No cost is given for the Block III upgrade; as the work will last until 2033, the configuration might be reviewed in that 10 years span, with possible further upgrades having an impact on the cost. 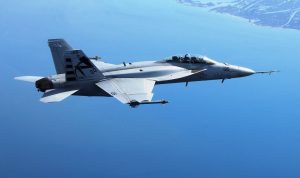 Looking at the export market, the Super Hornet Block III eyes at Europe. Switzerland is one of the targets, should the referendum allow the acquisition of a new aircraft. The requirement is for 40 aircraft; the fact that Boeing F/A-18C are in service with the Swiss Army puts the company in a vantage point, as transition to the new aircraft would be easier while many ground support equipment might be reused. The Super Hornet competitors are the Eurofighter, the Rafale, the F-35A and the Gripen-E, flight tests by Swiss Army pilots due to be finished by late June 2019.

Two other European nations are being offered the Super Hornet Block III, together with the EA-18G Growler, Germany and Poland. Germany, which is looking for 40 aircraft, asked for for nuclear missions certification, which Boeing is confident to obtain quite easily thanks to its experience in that specific field.

Currently the Super Hornet assembly line is delivering two aircraft per month, however in the past production was the double, so should the need arise due to export successes the company is capable to increase the rate. 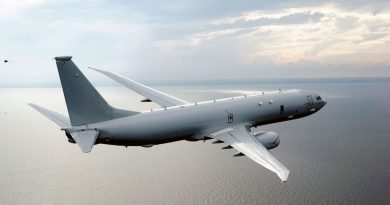 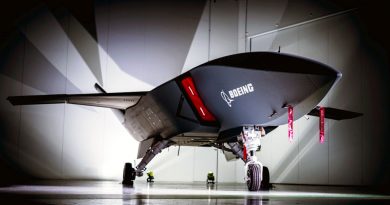 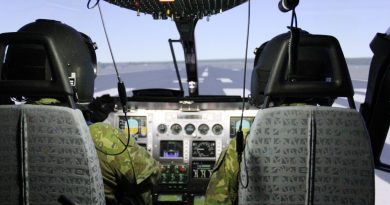