At Indo Defense 2016, which opened on 2 November at Jakarta, Indonesia, FNSS of Turkey and PT Pindad of Indonesia unveiled their Modern Medium Weight Tank (MMWT) project. The programme was initiated in 2014 by the two companies, which will both retain intellectual property rights and be co-prime. Although the actual combat weight has not been declared, the lack of indication on the diesel powerpack output does not allow to obtain it the companies declaring a 20 hp/t power-to-weight ratio (depending on armour configuration), the battle tank seems tailored to Asian scenarios mobility requirements. The chassis is fitted with six roadwheeels with torsion bars, with rear sprocket and front idler; an auxiliary power unit allows to shut down the engine when the tank operates stationary, reloading batteries and saving on fuel, two fuel tanks ensuring a 450 km endurance. An advanced battery monitoring system ensures power consumption optimisation when operating in silent watch mode. The chassis is 6.952 metres long and 3.36 metres wide, height to the top of turret being 2.456 metres. 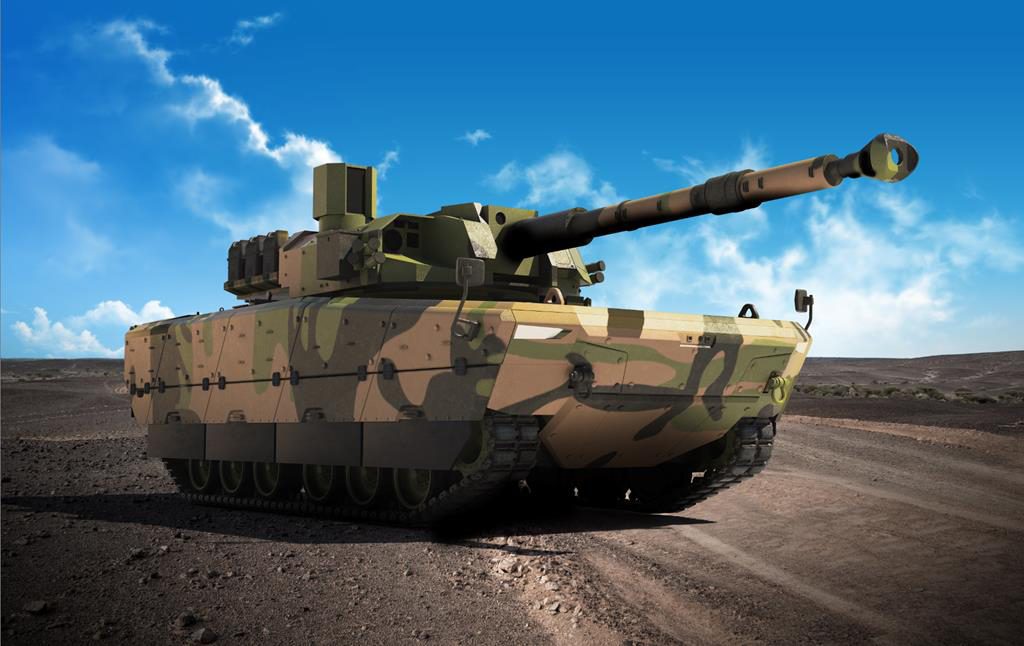 It can reach a maximum speed of 70 km/h, overcome a 60% gradient and a 30% side slope, cross a 2 metres wide trench, ford a river 1.2 metres deep without preparation, and pass over a 0.9 metres high obstacle. No detailed information is available on protection levels, but the MMTW has a basic ballistic hull to which add-on armour is fitted, thus a number of options will be made available to customers. The same applies to underbelly mine protection, ground clearance being 0.4 metres. As for firepower, the tank is fitted with CMI the CT-CV 105HP two-man turret with autoloader, which reduces the crew to three soldiers. The turret is armed with the Cockerill 105 mm L51 high pressure gun that allows to use all standard NATO ammunition in that calibre, as well as the Falarick 105 antitank missile. A commander’s panoramic periscope is available for hunter-killer operations. FNSS and PT Pindad are proposing their new tank for operations such as rear area security against light mobile or air-landed forces, counter penetration roles, delaying operations, combat reconnaissance, screening operations, light armour or soft-skinned vehicle convoys escort, and deep penetration in enemy’s rear areas. A scale model was exhibited at Indo Defense, the first prototype of the MMWT being currently in production.