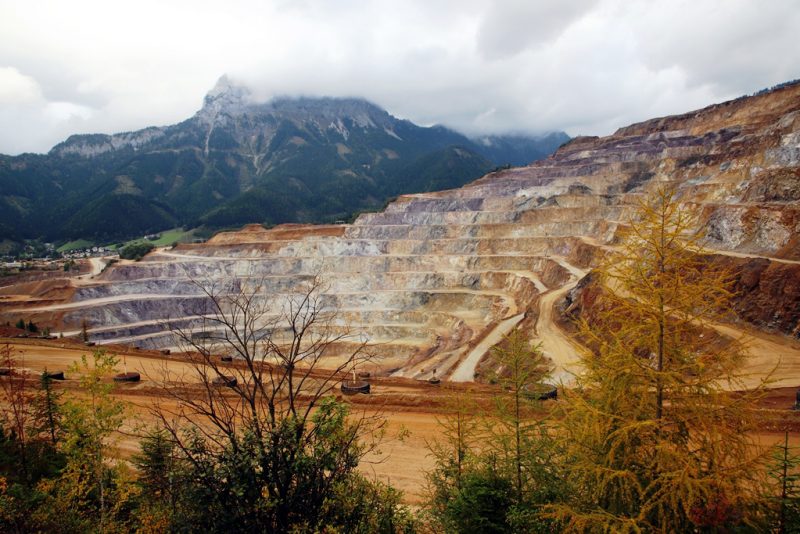 The Zetros 4×4 presentation organised by Mercedes-Benz Special Trucks at the open-pit Erzberg mine in Styria, in the central-western part of Austria, 60 km north-west of Graz, in late September, allowed to see in action and to trial a number of vehicles from the German company, as well as a number of vehicles developed by international companies, based on Mercedes-Benz chassis or powertrains. This considerably helps after-sales support, as those vehicles can exploit the Mercedes-Benz assistance chain available in most parts of the world.

The most widely used of the vehicles on display was definitely the Dingo, developed by KMW based on the U400 series Unimog chassis, first deployed by the Bundeswehr in 1996 in Bosnia-Herzegovina. The Dingo evolved into the Dingo 2, based on the Unimog 5000 chassis.

Beside this well known MRAP-type vehicle, two other armoured vehicles were standing by.

The first was the SISU GTP 4×4, the armoured patrol vehicle recently acquired by the Finnish Defence Forces in a small batch, for trial purposes, which might evolve into a considerable order. The vehicle on exhibition and trial was the company demonstrator, in the reconnaissance configuration with a 2+3 seating arrangement and without add-on armour, estimated curb weight of 11 tonnes, which was driven straight from Finland to Austria for the event. The vehicle exploits the Mercedes-Benz automotive driveline made of the MB OM 926  6-cylinder diesel engine, coupled to an Allison 3500 6-speed automatic transmission; these two components are part of a kit that also includes the electric and pneumatic systems, as well as the driver’s interface. Other third parties components are the ZF transfer case and the axles manufactured by Texelis of France and developed in cooperation with Timoney of Ireland, the latter providing the independent suspensions design. Sisu Auto developed the backbone structure, to which the axles and the crew cell are fitted. The cell is built in ballistic steel and features large windows providing optimal situational awareness, the underbelly being V-shaped to deflect mine and IED blast.

Initially rated at 14,000 kg GVW, the latest figures show an increase up to 16,500 kg, This means that the power-to-weight ratio is around 20 hp/t as the current maximum output of the OM 926 is 240 kW or 322 hp, while the load on each axle exceeds 8,000 kg when the vehicle is at its maximum load. The higher GVW comes from a higher curb weight, which is now 11,500 kg; this should mean that the vehicle has been strengthened in some of its elements, probably improving also protection, which level remains classified. The vehicle is offered in three different default configurations, squad carrier with a 2 + 8 seating arrangement, reconnaissance in 2+2 or 2+3 configuration, and utility single cab with a two-man crew, all seats being energy absorbing for antimine purposes.

Travelling on the test course set up in an area of the Erzberg mine, allowed to test the qualities of the GTP 4×4, albeit at a weight closer to the curb one than to the maximum one. The Allison transmission and the suspensions provided a very smooth ride on the relatively even surface of the road bringing to the actual obstacle course. Here the vehicle climbed easily the 60% earth gradient, once the driver activated all three differential locks, one acting on the transfer case, the two others separately on the two axles. Approach and departure angles are identical, 45°, which helps when overcoming vertical obstacles and approach gradients, no problems being encountered on the side slope, the GTP 4×4 stability tilt being 37° (75%), well over the only 30° obstacle available on the course. No water obstacle was available to test the 1,200 mm fording capability.

From northern to southern Europe, another armoured vehicle exhibited was the Ibero SMV20, developed by TSD of Spain. This is based on the Unimog FGA chassis and has the typical shape of an MRAP, the vehicle on show being also fitted with a mast-mounted optronic sensor suite, the telescopic mast being fixed on the rear right of the vehicle. Gross Vehicle Weight varies from 10 to 14.5 tonnes, depending on configuration and protection, baseline being Level 1, which can be brought up to Level 2, mine and IED protection being available either as 2a or 2b, depending on customers’ needs. GVW also leads propulsion, two different engines being available, a 4-cylinder and a 6-cylinder, maximum power installed being 310 hp, Euro 3 being provided as standard but Euro 5 is available as option.

The Ibero SMV20 is 6 meters long, 2.8 meters wide and 2.65 meters high at hull top, ground clearance being 450 mm. It can host 6 to 10 people depending on mission configuration. The vehicle developed by the company based in Herencia, 150 km south of Madrid, has a range of 800 km, can overcome a 0.9 meters trench, a 0.5 meters vertical obstacle, a 60% gradient and a 30% side slope, and can ford up to 0.8 meter, optional arrangements allowing to cross a 1.2 meter deep water obstacle.

ACS, Armoured Car Systems GmbH, is a German company based in Derching, some 50 km north-west of Munich, which was formed in 2003 as a buyout of KMW, when the Munich based company was fully involved in the Dingo programme. Its first products were protected vehicles for the Canadian Army, then it started working on G- Class vehicles, armouring BR461 and BR463 chassis. In 2008 it started working on Enok 5.4 and Enok 6.2 variants for various customers, which have now evolved in the Enok 9.5 and Enok 14.5, numbers showing the GVW in tonnes. The latter was exhibited at Eisenerz. An MRAP-type vehicle with a STANAG Level 3- protection and a 3.5 tonnes payload, it can host a crew of 8-10 persons, with a considerable situational awareness thanks to its wide glass openings. ACS is not only a production company but also a development company that works hand in hand with its customers, the main one being the Bundeswehr.

From the heaviest to the lightest, the Enok 4.8 airborne vehicle was also on stage, 2 tonnes over 4.8 being payload; as usual in those type of vehicle protection is not the main priority, and it is thus limited to Level 1 ballistic, front and laterally at door level, and Level 1a antimine. Based on the G-Class chassis, it is aimed at airborne troops, a modular body being fitted on the automotive element, most components being screwed in order to allow quick reconfiguration with available tools. ACS is working on 18 different mission kits some of which, personnel carrier, logistic, pioneers, reconnaissance and ambulance, already started trials with German airborne troops. The Division Schnelle Kräfte (rapid deployment division) is looking for a replacement for the Luftlande-Wolf, ACS Enok 4.8 aiming at this lucrative contract. 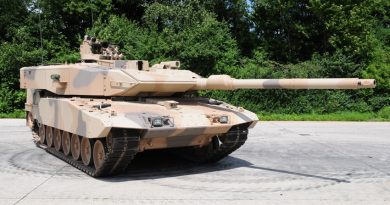 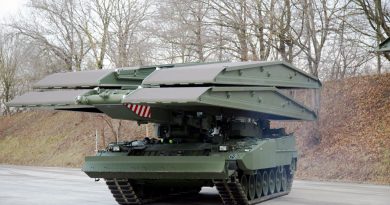 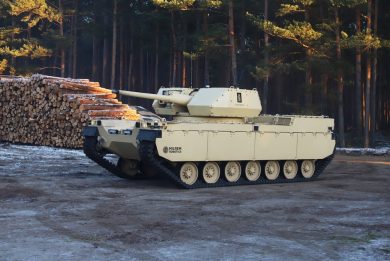