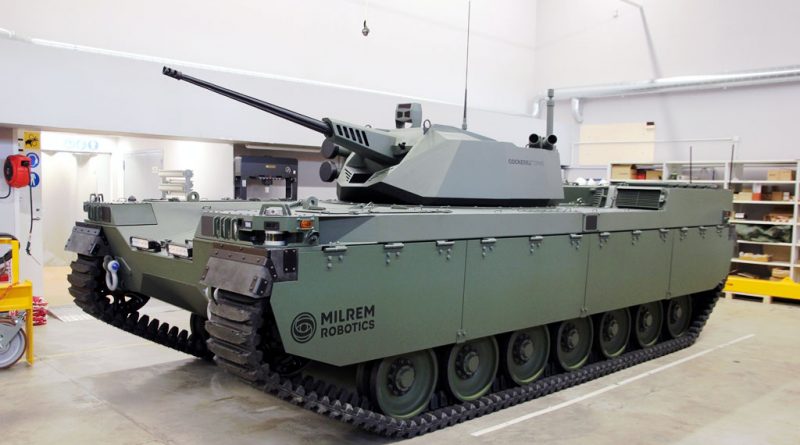 The Type-X vehicle chassis is a revolutionary design for a mobile modular multi-mission vehicle that provides a platform for a family of unmanned armored vehicles. It is the first combat vehicle that is purposefully designed to be unmanned intended to be an integral part of mechanized units.

The Type-X is designed to deploy at a weight below the 12-ton mark for rapid deployment into the combat theater, either by parachute or by heavy lift helicopter.

A combination of augmented Artificial Intelligence (AI) and a remote system operator, the Type-X is a tracked vehicle with armor protection that can supplement troop formations or operate independently, in unmanned formations.

“The Type-X is modular and will accept larger turrets, but current turret designs are optimized for operations under armor,” Kuldar Väärsi, CEO of Milrem Robotics stated. “The CPWS II is a step in the right direction, as it is designed from the beginning to be a remotely controlled configuration (unmanned) and easy access from the outside of the turret, allowing for reload and maintenance,” Väärsi added.

Simon Haye, the Chief Marketing Officer for John Cockerill Defense adds: “One of the first realistic roles for unmanned fighting vehicles will be convoy defense and perimeter or base defense. The Type-X with the CPWS can be placed in the front and rear of a convoy to provide additional eyes and firepower for the convoy. Rarely does a convoy have available 25mm firepower and given the system is unmanned, tactics like rushing an ambush site, or maneuvering on the enemy’s position are now legitimate options for a convoy under fire. The lead / follow functions of unmanned vehicles is well developed technology and spreading some operator stations through the convoy can provide redundancy and quick response. Further FOB security can now be in the form of a mobile unmanned fighting vehicle. Instead of putting soldiers at risk on the wire, these Guardian Systems can provide relentless observation and the capability to maneuver and disperse an attack instead of just absorbing it.”

The CPWS II is a low profile, light weight turret, with a revolutionary hatch opening and can mount the M242 25mm X 137mm Bushmaster cannon or the 230LF, 30mm X 113mm cannon. The CPWS II is a remotely operated turret, designed to fit onto 4X4 and 6X6 vehicles. It is the revolutionary hatch, which can operate in three modes that makes the turret a desirable selection for unmanned vehicle operations.

The opening roof capability will allow a rapid reloading of the unmanned vehicle from the outside. Equipped with a 360-degree panoramic sight, with CCD, thermal and fused imaging, the CPWS represents a suitable partner to the Type-X Robotic Combat Vehicle. The turret can come with Anti-Tank Missiles such as Alcotan, MMP, Javelin or SPIKE.

“Eventually, combining self-driving unmanned logistics vehicles with the Type-X and you can reduce the personnel required for a convoy to a few operators, while actually increasing the capabilities of defending the convoy,” Kuldar Väärsi, CEO of Milrem Robotics said. “This is not just a leap forward in force protection but a force multiplier.”

During the demonstration Milrem Robotics unveiled their Intelligent Functions Kit (IFK), which converts any vehicle into a self-driving or remotely controlled one. Milrem Robotics’ IFK is a modular hardware and software kit providing ROS2 based environment for different functionalities, which can be provided by Milrem Robotics, the customer or a third party. The IFK has been developed for Milrem Robotics’ THeMIS UGV and Type-X but can be adapted to any other vehicle with drive-by-wire integration.

Both companies are excited about the future cooperation. “We are looking forward to developing a wide range of solutions with John Cockerill, as they have experience, not only in the medium caliber range but they are known for their expertise in the 90mm and 105mm cannons.” Väärsi stated. 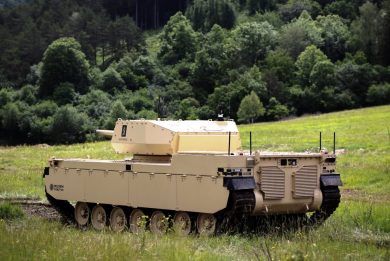 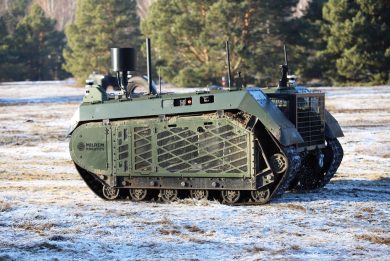 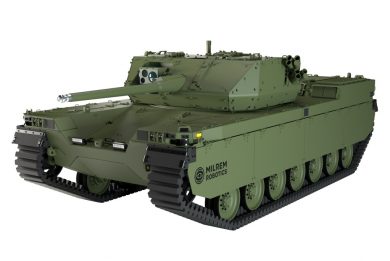