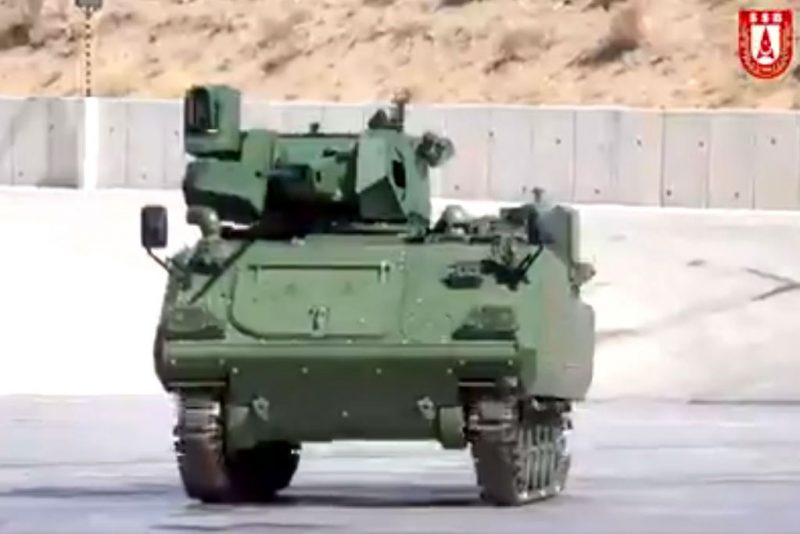 On 14 October 2020 the President of the Turkish Defense Industries (SSB) Ismail Demir talked about the development of the programme that will bring 133 ZMA (Zırhlı Muharebe Aracı, Armoured Combat Vehicles or ACV in short) of the Turkish Land Forces to a wholly new standard. This should be however just the first phase of the programme, more vehicles to be modified at a later date.

Waiting for a new Infantry Fighting Vehicle, Turkey needs to upgrade part of its numerous ACV-15 in the IFV configuration for operational purposes. Currently part of the IFV inventory is still fitted with the DAF one-man turret which 25 mm gun is not stabilised while the remaining are fitted with the Dragar stabilised turret of French origin.

The contract, which is worth 900 million Turkish Lira (short of 100 million Euro), was assigned to Aselsan, the leading national electronic defence industry, in late December 2019, the main subcontractor being FNSS, the latter having produced the vehicles many years ago.

Situational awareness, firepower, survivability, and life support seems to be the four main areas that will considerably improve the ACV effectiveness. The driver will get a new day/night vision system, while 360° close range observation will be available, helping in situations such as urban warfare. The crew will be able to see the surroundings on screens, while a direction finding and navigation system will help during the manoeuvre. The DAF turret will be replaced by Aselsan’s Nefer unmanned turret armed with a 25 mm cannon, a coaxial 7.62 mm adding to the main armament firepower.

According to Mr. Demir, protection will be increased both against kinetic energy and blast threats, a laser waning system providing advanced alarm should the vehicle be subject to laser illumination either from a rangefinder, a designator or a laser-missile guidance system. No data were provided about the increased armour, neither about the add-on weight that this should bring with it; while the weight of the new and old turrets are comparable, it is safe to think that the increased protection level and the add-on of a number of systems will bring with them a considerable weight increase, but the modernised vehicle gross weight was not provided. As no information about upgrades in the mobility area was given, we can presume that the higher weight will partly affecting mobility. The only data provided to date are the maximum road speed being 60 km/h, and the typical 60% gradient and 30% side slope capabilities.

It is to note that the vehicle shown in the video does not feature the trim vane, an indication that Turkih Land Forces might have given up the floatability that made the ACV-15 an amphibious vehicles, giving priority to protection following the lessons learned during recent operations.

A video with the modernised vehicle was posted today by Mr. Demirel on its twitter account, but no information on the test programme neither on a potential initial delivery date were provided. 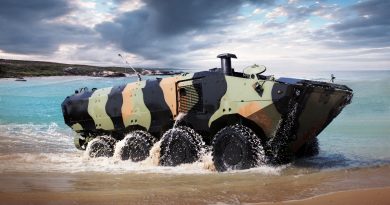 04/11/2019 Paolo Valpolini Comments Off on Iveco Defence Vehicles to deliver additional amphibious platforms to the U.S. Marine Corps in partnership with BAE Systems 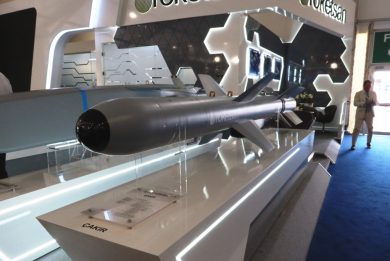