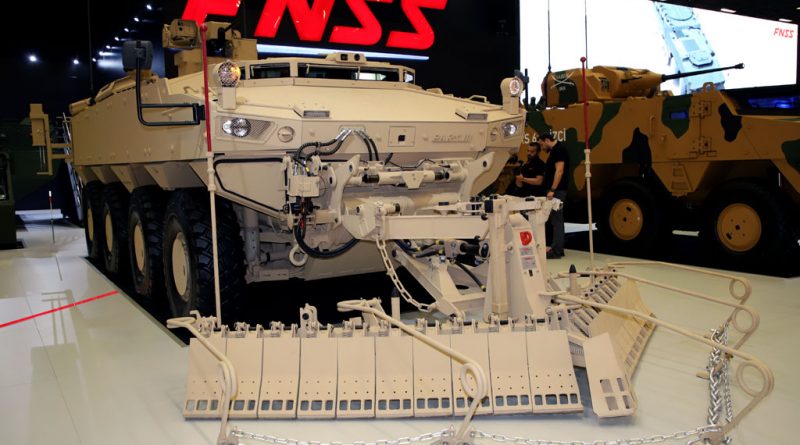 With over 10 vehicles exhibited and two formal signature ceremonies that took place during the exhibition, one for 18 Kaplan MT/Harimau medium tanks for the Indonesian land Forces, the second for 100 PARS III vehicles, half in the 6×6 and half in the 8×8 configuration, not to mention the unveiling of the Marine Assault Vehicle or ZAHA, with its Turkish acronym, the 2019 edition of IDEF was definitely a success for FNSS, the joint venture between the Nurol Holding and BAE Systems, one of the armoured vehicles champions in the country. 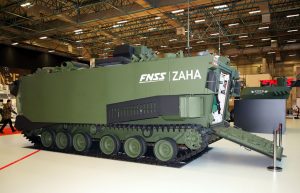 While those successes represent now the hard-core business for the present days, together with some other ongoing contracts such as that with Oman, which PARS III 6×6 & 8×8 production will link up with that for the Turkish contract allowing avoiding any production gap at the Ankara facility, the company is already looking to the future. To know where FNSS is going EDR On-Line met Mr. Nail Kurt, the company General Manager and CEO. “We set our strategy a few years ago, aiming at becoming a half-billion dollar revenue company with a well calculated growth that should took in count sales, head count, capabilities and infrastructures, and due to a few external contingencies we are one or two years behind schedule, as we aim to a 400 million dollar sales in 2019,” he explains. One of those issues is the political situation with Saudi Arabia, with which very advantageous contracts should have been signed, but politics did not permitted to go forward. Another element is linked to the expected Turkish contracts shifting to the right.

So what can we expect from FNSS in the coming years in terms of products? “The development of the PARS IV is in progress, it will be a 35 tonnes platform with growth capability, propulsion being provided by a new engine with an output in the 750-800 hp range,” Mr. Kurt anticipates. 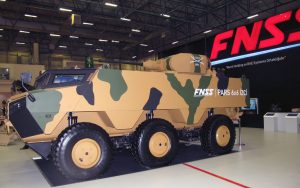 FNSS looks also at the future Turkish Tracked Armoured Combat Vehicle requirement, where protection increase might bring weight over logical limits: “requirements might well push up the combat weight at 40-45 tonnes, which does not make much sense, so I thing we should come back to the table and think what might increase protection in a different way, such as command and control capabilities as well a low signature in all spectrum,” the FNSS CEO explains.

To this end the company is looking to hybrid propulsion as one of the solutions: “we are looking at high-end hybrid solutions,” Kurt adds, “and I think hybrid makes a lot of sense, as it can increase silent watch duration from 3 to 24 hours, and coupled to rubber tracks provides a very silent vehicle when a low acoustic signature is needed.” A limited number of hybrid vehicles to be used also as main generators at platoon or company level is another potential application. As said by Mr. Kurt FNSS is not considering some of the current low-end applications, but is looking at high end ones, including i.e. hub motors, that might allow to evolve into full-electric vehicles when technology will allow to adopt such solution for military use. “We look forward proposing such a solution at IDEF 2021,” adds the FNSS CEO. 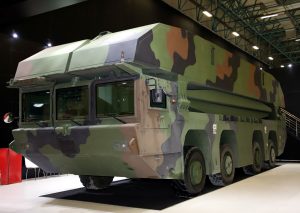 Next September FNSS will be present at DSEI: “we do not have many expectation in Europe,” Mr. Kurt explains, “however there is a floating bridge programme in the United Kingdom, and the British Army has shown interest in our Otter rapid deployable amphibious wet gap crossing system, to potentially replace the in service M3 amphibious bridging vehicle.” The DSEI participation is however not linked exclusively at that programme: “our sales growth allows us to be present to this event, to show our full product range, the more products we have in our portfolio, the more opportunities we can have,” he underlines.

In the past bridging systems have never been at the forefront of the company portfolio, however they are acquiring an increasing importance. “If we consider our relationship with South Korea, until now we have been on the receiving end of technology transfer, considering the Firtina SP howitzer, the Altay MBT and the trainer aircraft, however as that country has an operational need for an assault bridging system, we partnered with Hyundai Rotem to propose our Otter, thus inverting the trend in terms of technology transfer,” Mr. Kurt says without hiding some pride. 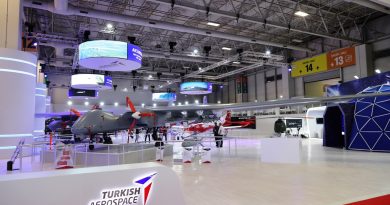