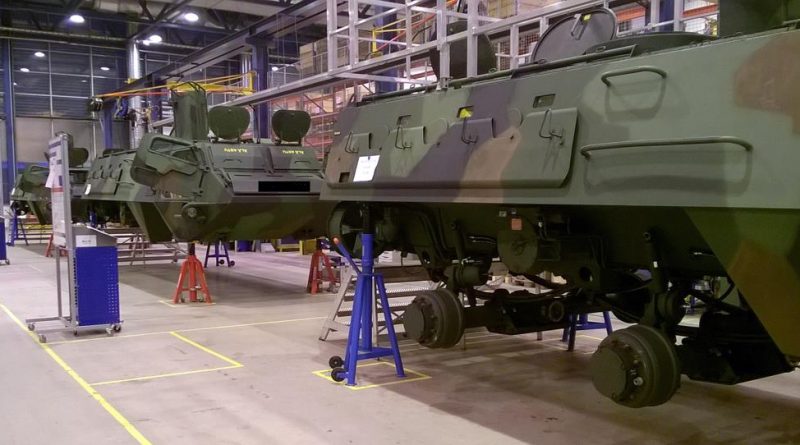 Maintenance, repair and Overhaul has become one of the key issues in the Defence domain, and not only. Patria is currently upgrading the Finnish Army XA-180 Pasi 6×6 fleet, these vehicles having been acquired in the mid 1980s, the Finnish Army intending to maintain them into service well over 2030. Improvements are carried out in the ergonomy, electrical, driveline and protection areas: electrical systems, power transmission components, suspensions, external coating and seating arrangements, provided with safety belts, are part of the package. A contract was signed in late 2013 which involved the overhaul of a pre-series vehicle in 2014 and a series of 70 vehicles in 2015-2017 alongside an option to modernise 210 vehicles by the end of 2021; to this end a second contract for further 65 vehicles was signed in 2017.

The first upgraded XA-180 was delivered in November 2014, the second batch of vehicles being currently in the upgrade phase at the Hämeenlinna facility. The Estonian vehicles underwent an upgrade programme on the 60 surplus XA-180 acquired in 2004. That said this dates back now to over 15 years and a further upgrade might be needed; to this end Patria signed an agreement in late 2017 to acquire 60% of the shares of Milrem LCM OÜ, the largest defence maintenance contractor in Estonia. Patria has developed a whole catalogue of upgrades for its legacy vehicles ranging from obsolescence management to true upgrades, the customer being thus able to pick from the shopping list what he retains suitable for its fleet.

Patria is continuously evolving its vehicles, thus AMVs delivered nowadays are a deeply modified vehicle compared to those that came into service in the early 2000s. Improvements have been introduced on a continuous base, and customers have acquired new capabilities and vehicle roles.

“With Poland, Slovenia, Croatia and South Africa currently involved in the AMV production in country, a solution that we also offered to the new customers as well, we demonstrated in real that our vehicles are designed since inception for a local production approach,” Janne Räkköläinen tells us. The industrialisation process is considered since the beginning of the design phase, in order to be able to provide the customer with a flexible supply process, the level of national involvement being tailored to the customer’s and local industry’s requirements and capabilities. “The Patria involvement is part of the package,” Räkköläinen explains, “we support the customer throughout the process producing the first vehicles in Finland with the support of the customer’s workforce, then move to his facilities to assist in the ramp-up phase in order to de-risk the whole process.” Training and spares management is usually done locally, design authority remaining with the Finnish company however with possibility for local development work as well. The scheme adopted in many cases for the AMV can of course be adopted also for the new 6×6, which by the way is a simpler vehicle. “The fact that we now produce the AMV in the four delocalised facilities does not mean that we gave up our production capability”, Janne Räkköläinen wants to stress before concluding, “and here in Hämeenlinna we can still produce around 100 vehicles per year, should the need arise.” This not only allows producing vehicles for the Finnish customer, but also maintains a real capabilities to pre-series, dual production and supply chain that further de-risks the support business. 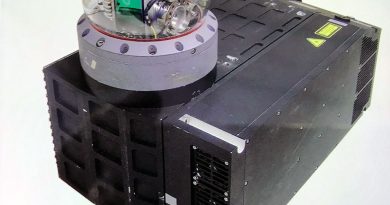 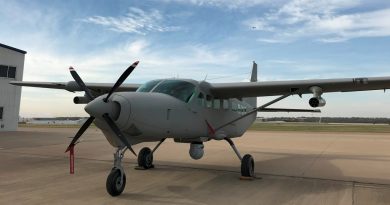 10/05/2018 Olga Ruzhelnyk Comments Off on Orbital ATK: a Terminator for supporting SFs

An Italian-American for guarding the Nukes