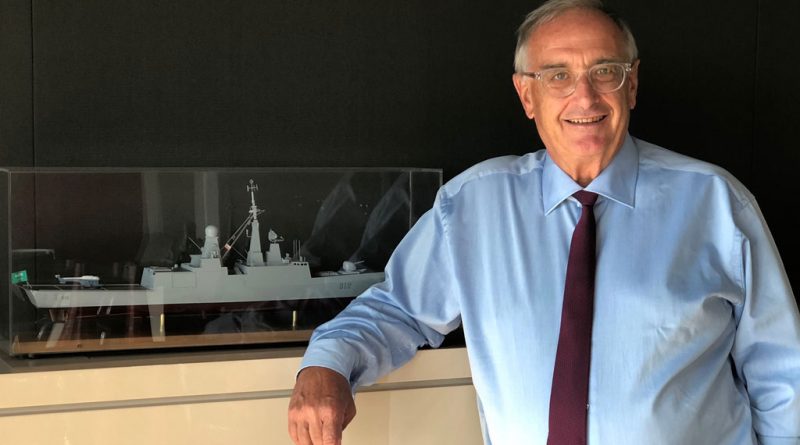 With the approval by France of the ambitious Defence’s multiyear programming law 2019-2025 which gives a long-term programs visibility and interesting opportunities not only for the naval industry, Naval Group CEO looks with confidence to the export market and to binational or multinational cooperation

Appointed as chairman and CEO of France’s Naval Group in July 2014, Hervé Guillou have put the basis for the renaissance of the company, with a strong pushing toward the group internationalization and delivering positive financial results. The Naval Group CEO is also a strong supporter of international cooperation to counter worldwide competitors. Today Naval Group is intensively discussing with Fincantieri but the head of the French group is open to speak with other international parties.

Presenting the directions toward which Naval Group is today moving to achieve the company’s objectives, its chairman and CEO outlined the strategic guidance during a conference call in the eve of Euronaval exhibition. 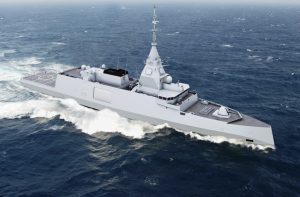 Looking to the domestic programs and market environment, Naval Group CEO praised the recent approval of Defence multiyear programming law (2019-2025 LPM), which “gives industry a very long term visibility on programs and very good opportunities for further potential activities, in addition to the already on-going ones”, explained Mr Guillou. “The second are the efforts and presence on the export market to sustain competitiveness at global level”.

“The 2019-2025 LPM provides us tremendous opportunities for both current and future programs”, he continued, highlighting the sixth Barracuda SSN and the following Intermediate size frigates or FTI (Frégate de Taille Intermédiaire) platforms in addition to current follow-on FREMM frigates, La Fayette-class frigates upgrading program and the first-of-class FTI. On the long term, the design of the third generation of SNLE (SNLE 3G) to begin construction from 2020 while in the meantime, in the next 24 months, Naval Group with other French naval industries will be busy with the feasibility study for the next-generation aircraft carrier.

Looking to the system programs and opportunities in this sector, where Naval Group has a wide portfolio, starting from the command management systems to the underwater weapon system such as the Artemis heavyweight torpedo, Mr Guillou pointed out the Cyber security, the digitalization of naval processes and equipment, as well as unmanned platforms. “The Cyber security will be firstly applied into the first fully-digital platform, the FTI. Naval Group is also looking to the unmanned system world with different activities including the development together with Airbus of the rotary-wing VSR700 UAV platform”. The CEO highlighted the French Navy plans to embark one of these unmanned systems on board each new naval combatant and patrol platform, funding permitting. The digitalization of naval platforms and equipment will be supported by the French MoD increasing research and development (R&D) funding (from 750 million to 1 billion euro), which will provide opportunities to further enhance naval production and operations.

To maintain the more than 400 different skills in the company, Mr Guillou pointed out that this edition of Euronaval will see an important area which will be devoted to present to youngest generation the potential skills and professional carriers which they can afford in the naval and maritime sector, putting the base for sustaining and enforcing the national know-how.

“Naval Group needs to grow in the export market in order to sustain and further develop our industrial basis and engineering capabilities to compete on the international market against the fierce competition coming not only from the Far East countries such as China, South Korea, Japan and Singapore, but also Russia, Ukraine and Turkey”. Although the worldwide market is highly competitive, the latter is expected to grow at a rate of 5-to-7 percent yearly in the next decade due mainly to the maritime security instability, Naval Group explained.

“We have established an ambitious export market strategy with the aim to obtain more than 50% of our turn-over from outside the domestic boundaries within 2025. To reach these objectives, we are investing in innovation and digitalization, accelerating the enlargement of our footprint outside France in and over the 18 countries where we are active”, explained Mr. Guillou. “We are working to enlarge our market in six key countries including Australia, India, Malaysia, Brazil, Saudi Arabia and Egypt, supporting the local customers and industry in engineering, shipbuilding, maintenance and supporting areas”.

Among the on-going programs, “we believe that FTI will be a key element of our export success in the next 10-to-15 years. We have already potential sales prospects around the globe thanks to the FTI’s flexible and adaptable, fully digital design which can satisfy both high-end requirements such as for the French Navy program as well as less demanding operations with a reduced combat system and connected procurement and operating costs”, said the boss of Naval Group adding that market prospects could come from ‘east of Australia’ area, in Asia region, notably India and Bangladesh, Arabian peninsula as well as South America. “In the future decade, the highest demand for surface vessels is expected in the 3500-4000 tonnes frigate segment, followed by high-end corvettes (2500-3500 tonnes), and then littoral warfare and EEZ-patrolling platforms”, he explained. 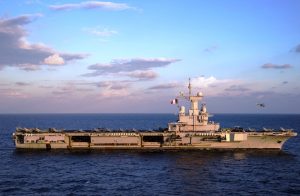 “Another key pillar of our internationalization strategy to counter other global shipbuilding giants is the binational or multinational cooperation. We are progressing with the naval alliance in Europe and intensively discussing with Fincantieri, but this is not closed to other potential partners”, Mr Guillou told the conference call. “We are discussing with Italy today but as you know I have offered possible talks to everybody in Europe. Today only Italy is willing to have very active discussions”.  Asked about if during Euronaval exhibition an agreement between Naval Group and Fincantieri will be announced, the boss of naval Group said “we intend to announce where we are and where we are going….. We will all discover that next Tuesday (with a formal announcement at Euronaval event opening) probably….We intend to say we are positive about the progress of our discussion… we want to continue forward as quickly as possible”.  Asked about the logistic support ship replacement program (FLOTLOG) and the involvement of French and Italian industry, “we also expect an announcement on this program”, Mr Guillou answered.

The boss of Naval Group said the naval shipbuilding alliance with Fincantieri needs time to be elaborated given its complexity. “It was only one year ago when French President and its Italian counterpart elaborated the joint-statement and asked the authorities and industry representatives to produce a report, which we have delivered on time in mid-June this year. There is a clear way ahead for the launch of this naval alliance in the next incoming months. There is however the need for parallel discussion between Governments. We have done extraordinary progress in the last 12 months with our Italian counterpart”, he continued. Elaborating on the historical alliances from the past such as for the Ariane, EADS, MBDA international group, the Naval Group CEO remarked the long time to established them.

Responding to questions on the export market and in particular the more-than-expected time and concerns about the delay in the signature of the strategic partnership agreement in Australia for the next generation submarines program, “I am not worried about it as it is a bipartisan decision on a strategic vision over the next 50 years between Australia and France which goes beyond the elections…………. We have done significant progress on it……. we look to sign the agreement by year-end”, said Mr Guillou.