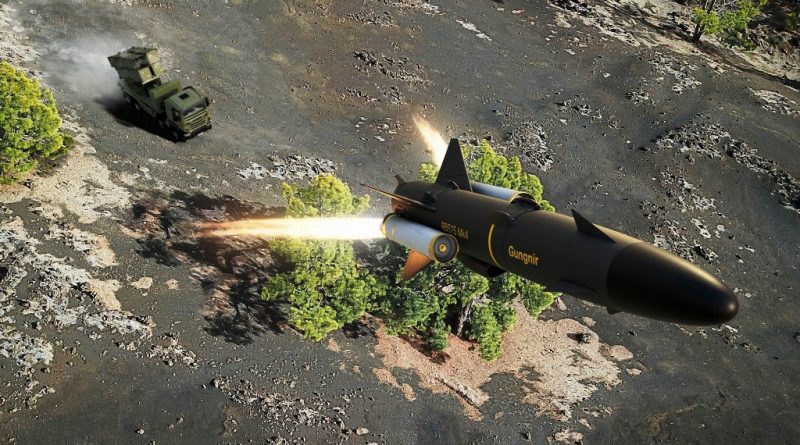 Saab will unveil the surface launch version of RBS15 Gungnir, the next generation anti-ship missile system at Euronaval, stand G18-H23, 23-26 October in Paris.

The surface launch version of RBS15 Gungnir uses the all new RBS15 Mk4 Surface missile. This provides greater range, enhanced defence penetration and electronic protection as well as a more advanced target seeker, allowing it to engage any target, in all conditions.

The RBS15 Mk4 Surface missile is used in both the sea system and the land system of RBS15 Gungnir. It is designed to provide commonality through easy integration on both land- and sea-based platforms of almost any size. The system is fully backwards compatible, so an investment in Mk3 today opens a smooth path to transition into Gungnir tomorrow. 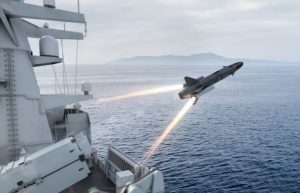 “With the RBS15 Gungnir we continue to build on the success and knowledge we have gained from the previous generations of RBS15. The surface launch version is a highly flexible missile system that can be integrated with existing command networks and on a wide range of the ships available on the market today”, says Görgen Johansson, Senior Vice President and head of Saab business area Dynamics.

The development and production programme, valued at 3.7 BSEK, was contracted in March 2017 with the Swedish Defence Material Administration (FMV). This next generation of the RBS15 system is named RBS15 Gungnir by Saab and is now being offered to the market as a complete missile system solution for air, sea and land based platforms.