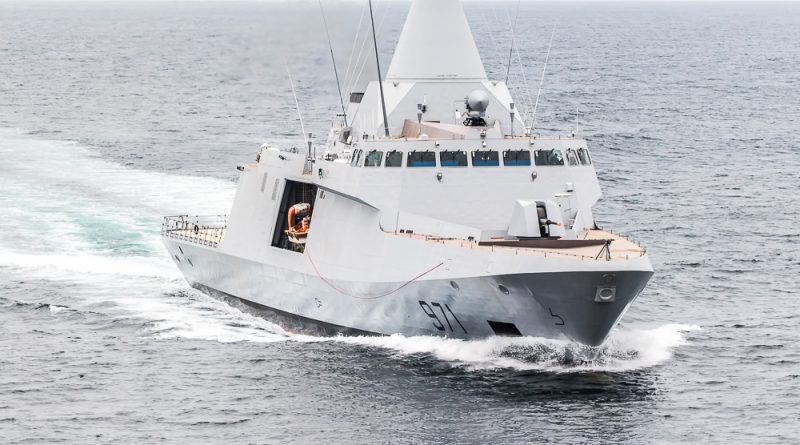 Naval Group is proud to have delivered on Friday 22 September 2017 its first Gowind® 2500 corvette to the Egyptian Navy. The ceremony took place in Lorient in the presence of Admiral Ahmed Khaled, commander in chief of the Egyptian Navy, Hervé Guillou, President and CEO of Naval Group and senior officials of the French Navy and the French armament procurement agency. This vessel, ten units ordered so far, complements the group’s extensive range of surface ships and submarines. 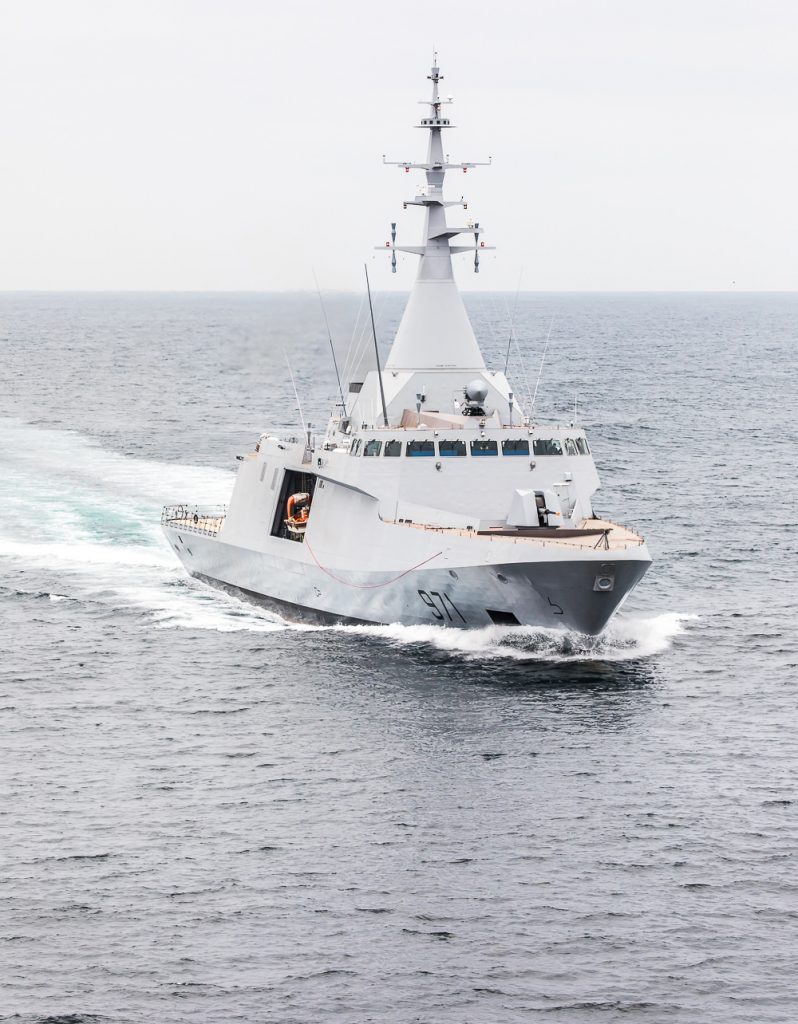 A programme conducted in record time

Delivered just 36 months after the order was placed, the corvette ENS ELFATEH will take to the seas on 23 September to sail to its home port in Egypt. This vessel is the first of the four units ordered by the Egyptian Navy.

Hervé Guillou, President and CEO of Naval Group states that: “Naval Group is particularly proud to announce today’s delivery of the first Gowind® corvette for Egypt, a strategic client and partner of the group. Design, build and testing have been achieved in a record of 3 years. Naval Group and its industrial partners are mobilized to assist Egypt in the local construction in technology transfer of the three following corvettes. Once again I would like to enhance the exceptional professionalism of the Egyptian crew members and engineers.

The corvette ENS ELFATEH is the fourth vessel to be delivered to Egypt by Naval Group. It forms part of a strategic and long-term partnership with Egypt. For the record, Naval Group delivered a FREMM frigate in 2015 and two Mistral-class LHDs in 2016.

The particularly modular design of the Gowind® corvette allowed Naval Group to respond to the specific expectations of the Egyptian Navy, whilst ensuring particularly attractive delivery lead times. The same Gowind® design is now offered to other clients keen to acquire a high- performance and “sea-proven” vessel, which demonstrated during its sea trials that it fully delivers on all its promises.

The Gowind® 2500 corvette, ten units ordered so far, responds to the challenges faced by Navies needing at their disposal a complete combat and multi-mission vessel to carry out sovereignty and maritime safeguarding operations and to fight illegal-trafficking.

The Gowind® 2500 corvette is packed with the very latest technological advances, developed and implemented by Naval Group for naval defence. It integrates SETIS®, the latest generation of combat systems developed by Naval Group, the “Panoramic Sensors and Intelligence Module (PSIM)” – an assembly that combines the integrated mast with its different sensors and the Control Room and associated technical rooms – and the high level of integration and automation of Naval Group user-friendly systems.