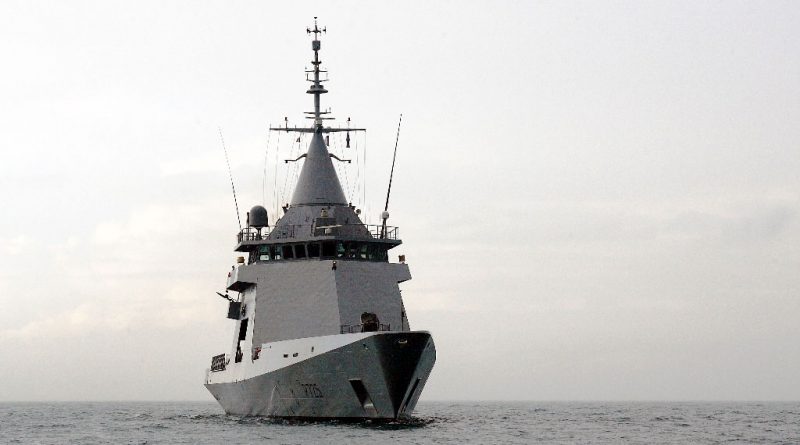 Paris, 14 January 2019 – Following the enactment of the contract with Argentina, Naval Group has started off work on the four offshore patrol vessels. The first vessel to be delivered will be L’Adroit. Developed by Naval Group and built out of its own funds, this vessel had previously been made available to the French Navy since 2011. 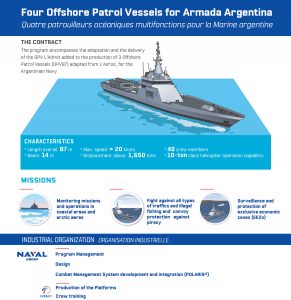 Argentina has decided to acquire four offshore patrol vessels (OPVs) built by Naval Group. The contract entered into force on 14 February 2019, and Naval Group will now begin production on the four vessels. The first to be delivered will be L’Adroit. Developed, financed and built in less than two years by Naval Group, L’Adroit had been made available to the French Navy since 2011, thereby demonstrating its operational capabilities for the action of the State at sea. The remaining three patrol vessels will be built in France.

Naval Group teams will conduct a complete review of L’Adroit and modernise certain equipment to guarantee its full potential for the Argentinian Navy, while accommodating the Navy’s specific needs. The endurance of the four ships will be extended through an increased on-board freshwater production capacity. The three new OPVs will also be adapted to navigation in the cold waters of the southern seas thanks to structural reinforcement. All four ships will be equipped with a remotely-operated 30 mm cannon.

The OPV 87, an innovative ship

Engaged in several military missions as well as in fishery policing and maritime security, notably the Atalante operation to combat piracy, L’Adroit has already demonstrated its efficiency and the significance of Naval Group’s innovations developed for the benefit of navies, commandos and coastguards.

The Argentine offshore patrol vessels will benefit from the innovations proposed by Naval Group and proven by the French Navy:

This range of vessels also benefits from Naval Group’s expertise in information systems and command, allowing for greater maritime expanse surveillance capabilities and the automatic detection of suspicious behaviour. L’Adroit is fitted with the Polaris® mission system specifically developed by Naval Group for state action at sea missions, and approved by the French Navy.

The offshore patrol vessel can stay at sea for more than three weeks, reach a speed of 20 knots, and accommodate a helicopter. Operated by a reduced 40-person crew, it can also accommodate up to thirty passengers. 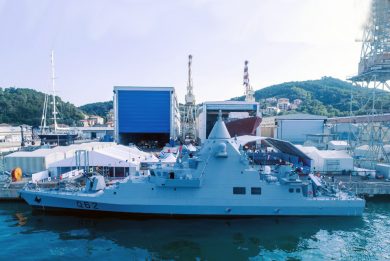 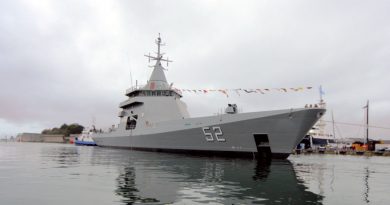 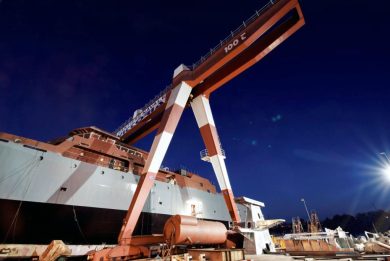