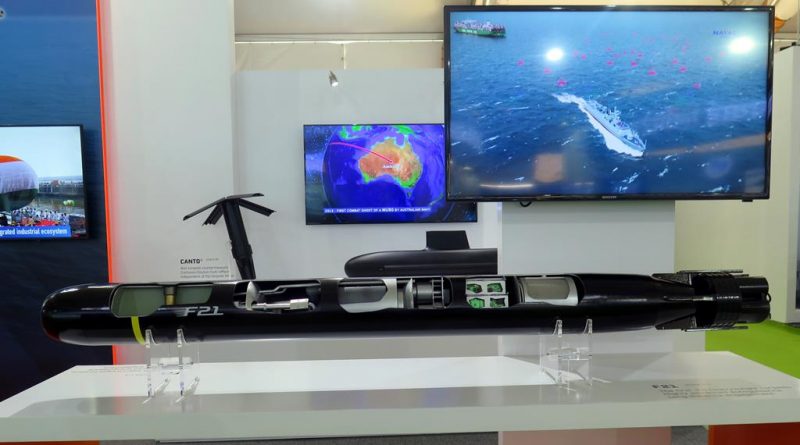 In its tenth participation in DEFEXPO 2018 Naval Group showcases its surface and submarine capabilities, aimed at the Indian and Asian markets.

Among those the Scorpene 2000 tons conventional-propulsion submarine capable to cope with all types of mission such, as surface vessel warfare, anti-submarine warfare, long range strikes, special operations or intelligence gathering. Stealth and fast, it is equipped by 6 weapon launching tubes and carries 18 weapons between torpedoes, missiles and mines. An international success with 14 export orders, six such submarines are currently manufactured at Mazagon Dock Shipuilders Limited (MDL) for the Indian Navy with Transfer of technology from Naval Group. 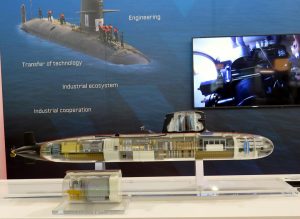 The model of the Barracuda, the latest generation of strategic submarine developed for the French Navy, is also exhibited. Through the Australia Future Program, Naval Group will contribute to the delivery of 12 conventionally powered submarines, whose design is derived from Barracuda type submarines.

During Defexpo 2018, GSL, a premier Defence PSU Shipyard, along with Naval Group, leader in French Naval Defense industry, signed a ‘Letter of Intent’ to expand their collaboration in the field of design and production of all shore based simulators for the Scorpene submarine project and also for other future advanced simulator requirements of the Indian Navy.