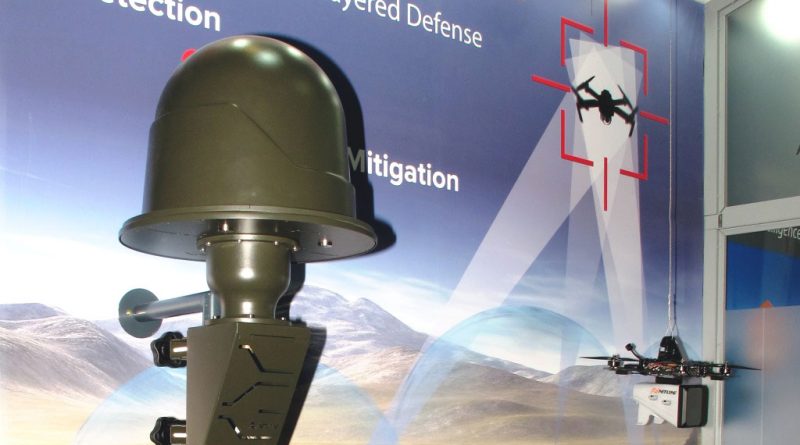 The first is a signal intelligence-based system capable to pinpoint in a very accurate way incoming drones. The system is software defined, thus easily upgradeable, and looks for spectral signatures, which are compared to those stored in the database. It allows to accurately pick up the direction from which the threat is coming in azimuth and elevation, and to classify the approaching UAS. Currently the DroneNet DF, as the system is known, works on two bands, 2.4 and 5.8 GHz, but in one-year time Netline intends widen this also into the 400-800-900 MHz frequencies. The DF is not intended to enter the protocol, as the intention is not to take control of the UAS but only to detect and classify it.

Compared to other sensors, such as radars and optronic systems, the DF ensures no false alarms, and is able to discriminate a UAS in the middle of numerous potential false targets such as i.e. birds. When used in rapid deployment operations only one DroneNet DF is deployed, however when it is used to protect fixed installations the availability of more than one system allows to obtain a precise 3-D position of the threat; as data reduction algorithms are built-in the system itself, networking more than one DF does not require a fibreoptic net and can even be done using cell-phones.

Another C-UAS system was also visible at the Netline booth in Paris: a high speed drone, the company declares a maximum speed of over 480 km/h designed to carry a miniaturised jamming system. A typical scenario can be the DF identifying the type of threat and its direction of approach, the race drone intercepting it and bringing its micro-jammer close to the threat neutralising it without necessarily jamming the surrounding volume. 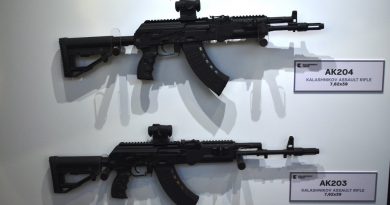 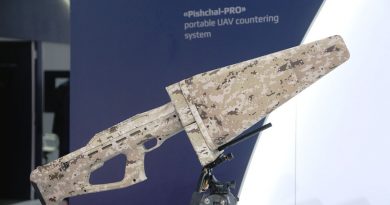