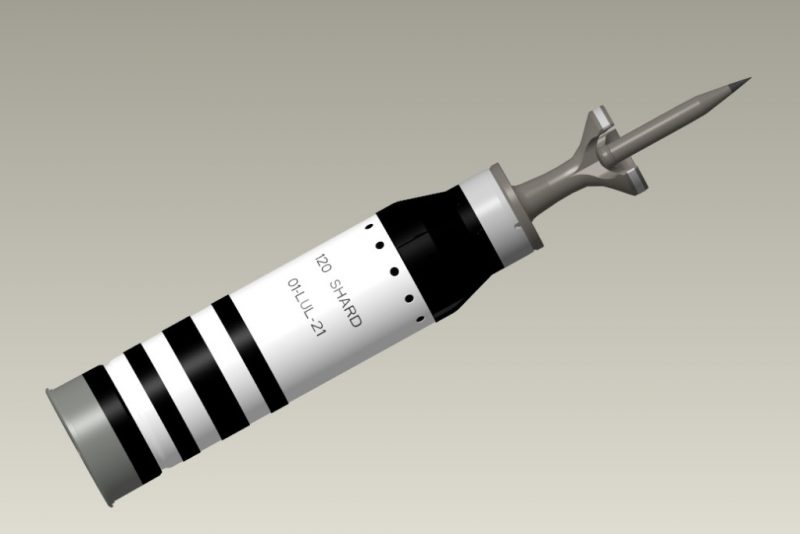 When main battle tanks (MBTs) armour was made of rolled homogeneous armour (RHA) comparing armour piercing (AP) ammunition performances was quite easy: a standard target existed, and it was a matter of knowing the thickness that each round was capable to penetrate to class them by performance. The advent of composite armour as well as that of reactive armour and, more recently, of active armour, totally changed the paradigm.

Today knowing the effectiveness of an AP round against RHA doesn’t means much; on the other hand, it is impossible to establish a standardised target as nearly any MBT has a different passive armour package, based on layers of different materials such as steel, titanium, ceramic, rubber, glass, with different thickness and sequences [1], not to mention the different behaviours of the various reactive armour packages developed along the years. In the end this means that there is no tank armour equal to the other, and that in theory we should use a specific round against a specific target to reach optimal penetration. This is obviously impossible, however a greater flexibility in terms of development capabilities, and shorter reaction times when a new protective solution appears, are desirable.

Last March Nexter of France, part of KNDS, announced the development of a new APFSDS round, the 120 SHARD®. EDR On-Line spoke with Laurent Chauveau, the Director of Research and Development at Nexter’s Munitions Business Unit, who spent most of its professional life in the ammunition business. “Looking to the future, the need will shift towards more adaptive and scalable ammunition, capable of engaging new targets,” he explains, not limiting his comment to tank rounds but extending it to medium calibre as well as artillery ammunition. “We are radically changing the way we develop new ammunition, in order to give them considerable growth potential to allow modifications for many years to come, to rapidly improve and adapt their performances to new needs,” he states.

To do so the 120 SHARD projectile features a different shape, mostly due to a redesigned discarding sabot, this solution having been developed within the FTMA (Future Tank Main Armament) programme sponsored by the French DGA (Direction Générale de l’Armement). This new design not only allows to maintain the same gun while increasing the volume occupied by propellant, it partially decorrelates the energy from the propellant used giving flexibility in terms of providers.

The extra propellant used in the SHARD is located at the beginning of the 120 mm barrel, and it allows keeping the round compatible not only with current guns but also with automatic loading systems such as that of the Leclerc. “We pushed forward the pressure plate that sustains the driving band,” Laurent Chauveau explains, that space being filled with propellant. Moving it forward also means that the projectile is now pulled, as the force is now applied ahead of the penetrator centre of gravity, “and this has the beneficial effect to make it less sensible to the bend of the barrel,” he states.  He also adds that “propellant gases press the sabot around the penetrator, strengthening the design of the overall projectile, which allowed us to decrease the mass of the sabot, hence improving the energy delivered to the penetrator.” The redesigned shape of the round allows to “virtually” increase the chamber volume, exploiting part of the barrel while augmenting the energy hence the muzzle velocity, the greater volume meaning however a lower pressure even generating a higher energy, 520 MPa at 21°C, which also limits the barrel wear.

The current 120 SHARD uses a combustible cartridge case and a high-performance, low-erosion propellant developed by EURENCO, however as said the SHARD can be filled with propellant acquired from different providers worldwide, which ensures smooth production cycles and timely deliveries.

The other changing in the new round is the penetrator. The rod of the new round is produced in D10 tungsten carbide alloy, a new alloy developed with Plansee Tungsten Alloys, but the decisive element is its size. “The length of the penetrator is a key parameter,” Mr. Chauveau says, “as when it hits the reactive armour it is consumed, and the chances to defeat the passive armour depend on how much penetrator is left.” The new 120 SHARD has therefore a longer rod compared to previous Nexter F1 and F1B+ APFSDS rounds and this, together with the increase in propellant and muzzle velocity, brings to a performance improvement of 20% compared to older ammunition.

The length versus diameter ratio comes into play when the penetrator is in flight. “We have simulations that show us the way the rod bends during the flight, and with the current version of SHARD, even if we increased the length, we did not enter a critical area in terms of aeroelasticity,” Mr. Chauveau tells EDR On-Line.

Accuracy is of course another element of key importance. “This is affected by what is usually defined as transitional ballistics[2]. We have thoroughly tested the SHARD under this aspect, and as it is a pulled projectile in the barrel it is less sensible at the muzzle, it can accommodate more defects and disturbances, so during trials we reached an accuracy close to 0.2 mil at 1,500 meters, which is a good result considering the increased length of the penetrator, a better performance compared to our previous F1 round,” Mr. Cahauveau states.

As highlighted at the beginning of this article by Nexter Munitions BU R&D Director, the current SHARD is only the beginning of a story. “The new ammunition we announced, what I would call the SHARD Mk1, is just the first step, and it is the lower performance we can obtain with this kind of concept,” he says.

“As said initially, we started with a conventional double-base propellant, keeping the pressure low. This gives us a considerable margin, so if we go for a more energetic propellant and increase pressure up to the maximum allowed, we will have a much higher muzzle velocity hence a higher kinetic energy at muzzle and on the target, but this will be the SHARD Mk2,” Mr. Chauveau says, adding that for the time being the SHARD Mk1 velocity and energy, as well as its penetrator length, are enough for current targets.

Also the penetrator has considerable growth margins. “There are different kinds of tungsten, and we are working at the same time on different penetrators. In some of them we are using two different types of tungsten, so we have a bi-material rod that can give us better performances against complex targets,” the company ammunition R&D director tells EDR On-Line. “Depending on the target, we will define which kind of penetrator is needed, and this is the evolutive aspect of this new round, as we are considering even three different material in future penetrators,” he adds, confirming that the length remains a key factor, and that in future rounds this will definitely further increase. This brings back to the aeroelasticity issue, as those longer penetrators might go out of the current comfort zone; “we already understood what we will have to do, another key issue being the way we will distribute the mass of the APFSDS, as we have to balance the vibration of the gun barrel with that of the projectile that moves inside it, a critical factor for having an optimal trajectory once the penetrator leaves the muzzle,” he explains.

While studies will certainly go forward, their finalisation into new products will definitely be triggered by the appearance of new armour packages on potential adversaries MBTs. A synergetic effect within the company is provided by the fact that Nexter is also developing armour packages, passive and reactive, therefore R&D teams can cooperate to improve their respective products, both exploiting the considerable simulation capacities developed in the past years in both sectors, “and we are among the leaders in simulating interactions between penetrators and armour packages of all kind,” Mr. Chauveau adds.

Going back to the SHARD Mk1, the new round announced last March reached TRL 6 in late 2020. “We aim reaching TRL 7 within 2021, and having it fully qualified by late 2022. We want to qualify it as soon as possible for different models of 120 mm smoothbore guns, in order to certify its compatibility. We have already carried out all design verification firings, such as accuracy and performance firings, and are now coping with industrialisation issues. By the end of 2021 we will fire the first rounds based on the final frozen design, and we also intend to carry out a demonstration before year end,” Nexter Munitions’ BU R&D Director concludes. The fight between the sword and the shield is far from being over.

[1] In fact, there is a series of NATO ballistic targets representing respectively the latest versions of T-72, T-80 and T-90 Russian main battle tanks, however companies still provide penetration performances only against RHA targets, which are pretty useless, keeping well under wrap performances against more realistic targets. [Author’s note] 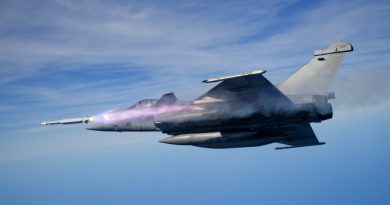 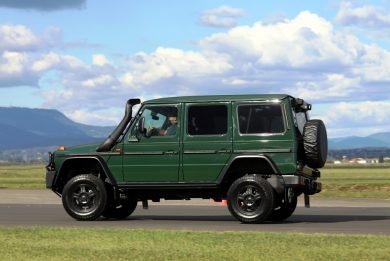 Mercedes-Benz: a new G-Class after 42 years of history 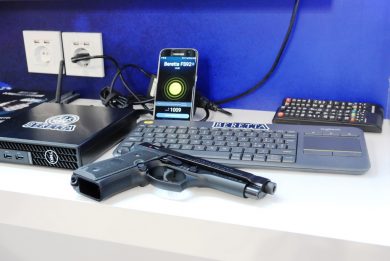