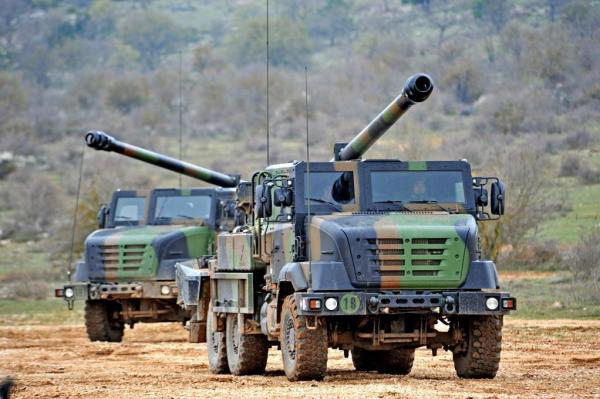 Nexter, a KNDS Group company, will be present at the 2017 edition of Defense & Security, to be held in Bangkok from 6 to 9 November.

Designer and integrator of armoured vehicles, thanks to its internationally-recognized expertise, Nexter is amongst the world’s leading artillery system manufacturers. The group offers a comprehensive range of products for equipping artillery battalions, from guns to ammunition, and including ballistic computers and fire control systems.

Deployed in Mali by the French armed forces as part of operation SERVAL and BARKHANE, as well as in Lebanon, Afghanistan and, more recently, in Iraq, the CAESAR® self-propelled 155mm artillery system has a worldwide reputation as representing the best compromise between the simplicity of a towed artillery piece and the mobility of a self-propelled system. The CAESAR® is extremely accurate and highly mobile to avoid counter-battery fire, whilst remaining the artillery system with the lowest maintenance cost in its category. In service in 5 armed forces, over 270 CAESAR® have been produced, they have fired over 80,000 shells and travelled over a million kilometres. It is presented in a model form in both its 6×6 and 8×8 versions.

A model of the 105 LG1, the 105mm towed artillery system, completes the presentation of the Nexter artillery range. Deployable by a lightweight vehicle, a helicopter or even by parachute drop, the 105 LG1 gun is the world’s lightest 105mm assault artillery piece and is ideal for providing gunfire support to rapid reaction forces.

As closely as possible to his customers, Nexter has developed a full range of simulation tools to match its artillery systems. Thus, for the initial and continuation training of gun crews, a system is proposed that reproduces all the physical and mechanical components of the CAESAR®; known as the CCTS (for Caesar Crew Training System), it allows realistic training of the crew under all possible operational configurations. An immersive 3D variant also exists, which allows personnel to be made to operate in a synthetic 3D environment.

Finally, the TITUS® multi-purpose 6×6 armoured vehicle is also exhibited in model form in its homeland security version. As a truly modular platform, the TITUS® can fulfil a wide range of missions, from troop transport to combat and logistics support missions and including Law Enforcement, peace-keeping missions, and combating insurrection. Protected against ballistic attacks and CBRN (Chemical, Biological, Radiological and Nuclear) threats, and benefiting from exceptional mobility, the TITUS® is an undeniable asset for security forces worldwide.

Find Nexter and its products on stand M9