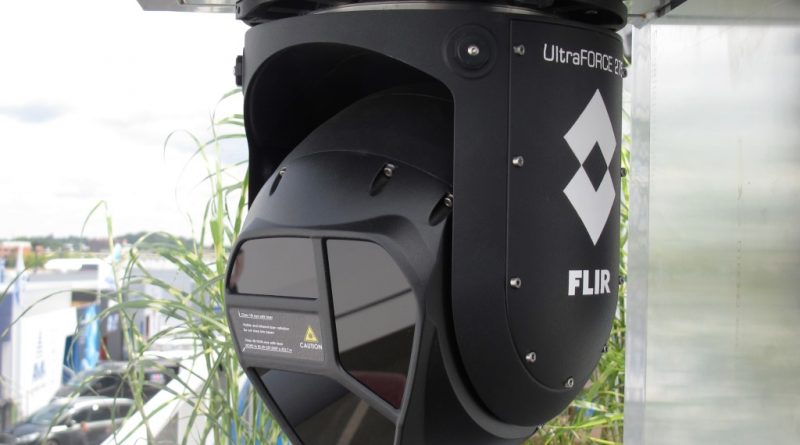 To extend its portfolio of gimballed low SWAP surveillance systems FLIR developed the UltraForce 275-HD, an evolution of the UltraForce 275 that required a wholly renewed architecture featuring high definition sensors. The UltraForce 275-HD comes as a single LRU, making its integration very easy. Not only the new evolved system increases the performances, but it is built in Täby, Sweden, with all non-ITAR components, which opens up new scenarios on the export market. The thermal channel is based on a cooled Gen 3 640 x 512 pixels mercury-cadmium-telluride focal plane array operating in the 3-5 μm band, fitted with a continuous zoom with FoV varying from 28° to 1.83°, a further x2 electronic zoom being available.

For daylight operations the UltraForce 275-HD is fitted with an HF CMOS sensor with a 1080 x 720 resolution, with a minimum illumination of 0.5 lux, a continuous zoom providing a FoV between 45° and 2.2°. Integrated IMU and GPS provide accurate geo-referencing for peripheral systems. The gimbal has a pan range of 360° continuous, a tilt arc of +20°/-120°, and an angular speed of 60°/s. The system has a weight of 15 kg, the only system inside the aircraft being the hand controller unit weighing 0.8 kg, FLIR considering it having the lowest weight among the 10-12 inch turrets. Numerous options are available such as auto-tracker, laser range finder, covert laser pointer, eyesafe visible laser pointer and laser illuminator.