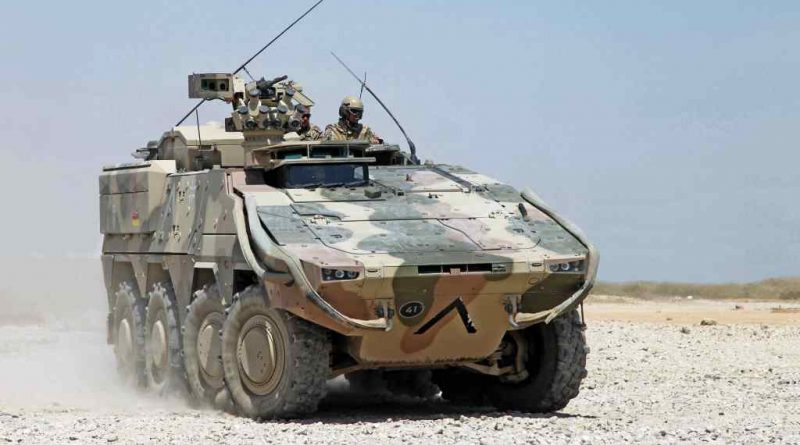 Can you elaborate on the two programmes being integrated into OCCAR, namely the MAST-F and NVC?

The Missile Air Surface Tactique Futur, also known as MAST-F, comprises the Development, Production and In-Service Support (ISS) phases of an Air to Ground Missile (AGM). The programme will also support the missile integration on the Tiger Mk3 platform.

MAST-F is a French AGM Programme currently managed by the Direction Générale de l’Armement (DGA). Programme definition and Tiger Mk3 integration and de-risking studies have been underway since 2016, with the last study due to be delivered this month. The primary intended platform for the missile is the Tiger helicopter and its integration is already being planned within the Tiger Mk3 programme scope of activities. Consideration is also given to integration on to the MALE RPAS platform, but it remains out of scope at this juncture.

The programme Invitation To Tender (ITT) was issued to MBDA France under non-competitive procedures on 31 July 2019. A tender response was received in September 2019 and tender evaluation and contract preparation activities are ongoing. A new OCCAR-Executive Administration Programme Division (PD) will be established to manage the programme, based at the new OCCAR site in Paris. My expectation is that the contract will be signed before the end of the year.

The Night Vision Capability (NVC) Programme comprises the Development, Production and optional In-Service phases of Night Vision Goggles in the first stage of the programme, which Belgium and Germany have entrusted to OCCAR. For the placement of the NVC Programme contract, OCCAR-EA will carry out a competitive procedure in accordance with OCCAR Rules. This has required the early establishment of a Programme Division, which is operational since the beginning of May. The advertisement of the Possible Future Purchase was published on the OCCAR website on 30 August 2019. All companies from a Member State of the European Union or an OCCAR Member State ([1]) were invited to register interest to participate in future tendering activities by 31 December 2019. The contract award is currently scheduled for mid-2021.

Among the latest additions to the PESCO is the Twister Hypersonic missile defence programme as well as non-traditional electronic attack activities in addition to cyber defence. Are you expecting these programmes to be managed by OCCAR in the future?

The OCCAR Convention Article 7 mandates the Executive Administration to control and implement those armament programmes that are assigned to it by Member States. In practice, this means that OCCAR-EA will manage the entrusted programmes, approved by the OCCAR highest decision-making body, the Board of Supervisors. It is not for the Executive Administration to decide which programmes to manage; this is a sovereign decision of the nations. However, I recognise that a lot has to be done in the cyber security domain and in hypersonic technologies. Cyber is already a requirement of our programmes, but a specific Cyber programme is yet to be assigned to OCCAR, and this would require looking for experienced staff to manage it.

Cyberdefence is of course at the very top of future defence requirements, with hybrid warfare closely linked to it. OCCAR is ready and willing to also integrate such programmes, if nations decide so. Given the NATO-EU Joint Declarations, this could potentially be in collaboration with NATO, or through the EU, for instance, within the PESCO framework.

Can you update us on current activities and latest developments for the Boxer programme, including the finalization of integration activities and contract negotiations for UK?

With the re-entry of the UK in 2018 and the contract signature last November between OCCAR and ARTEC JV, which includes Krauss-Maffei Wegmann and Rheinmetall, for the procurement of more than 500 Boxer vehicles on behalf of the UK, the Boxer is becoming one of the most successful 8×8 vehicle programme in the last 20 years. The next generation of multi-role armoured vehicles is under production and in service with Germany, Lithuania and the Netherlands and recently contracted for UK. In addition to Germany with two batches (for a total of 405 vehicles) in four different versions and the Netherlands with one batch (200 vehicles) and five different vehicle versions, in 2016, Lithuania joined the programme with a contract to buy 91 Boxers via OCCAR in five different variants. These vehicles are currently planned to be delivered until October 2021. Deliveries of the vehicles for the Netherlands will be completed by the middle of this year, while second batch vehicle deliveries to Germany are on going together with upgraded vehicles to latest standard. Preparation and execution of the Driver Vision System for the German vehicles is also on going. More recently, OCCAR has been tasked to develop and procure new Boxer versions for Germany and additional vehicles for the Netherlands.

Upon the UK re-joining the Boxer programme in 2018 and the receipt of industries’ proposal in early 2019, personnel from the OCCAR-EA Boxer Programme Division and specialists from the UK MoD’s Defence Equipment & Support area, worked hard to evaluate, negotiate a best value for money contract and finalise the 11th amendment of the series production contract. This was accomplished in a very short timeframe of only 8 months. The contract for the UK includes the delivery of five prototypes in four specific Build Configurations and more than 500 series vehicles, initial In-Service Support Packages and Special to Role Kits. The first phase of series production will be conducted on the German production lines of ARTEC JV companies and will be later on transferred to UK. The plan foresees the first vehicle trials in June 2022 and the delivery of the first series vehicle to the British customer by November 2022. The efforts are ongoing and are currently well on schedule. The first Critical Design review is scheduled for later this year.

In 2019, Germany joined the ESSOR OC1 Participating States on the programme. The latter has been selected as a PESCO Project and is entitled to receive EDIDP funds. In addition, five ESSOR related projects are today under integration, further enlarging its scope and community. Can you elaborate on these developments and future activities?

The ESSOR Programme is a very important one for OCCAR, not because of its budget or complexity, but because of its political significance and strategic importance. With Germany joining ESSOR and with the EC co-funding PESCO/EDIDP initiative, ESSOR is developing with a system of new branches, further to the land domain Wide Band Waveform, by covering the digitalization of other communications domains like Air-Ground-Air and SATCOM, or extending the land domain to include the Narrow Band Waveform, and even to cover some new generation radio hardware development, like in ESSOR-MIDS. The new projects will rely on the ESSOR foundations, which are the architecture and the methodology(“base” and “target” waveform) built up across the last 10 years.

Of course, Germany integration increases the complexity of the programme, by adding the German requirements and Rhode & Schwarz to the A4ESSOR consortium, which includes Thales of France, Leonardo of Italy, Indra of Spain, Radmor of Poland and Bittium of Finland, but this is a programme that I expect will last many years in OCCAR, and I certainly expect that the waveform will eventually be common to all the EU Member States, granting EU autonomy.

Indeed, with this new important effort, the ESSOR scope is strongly widening. Moreover, sustainability and stability of future co-operation will rely on a Custodianship structure, taking care of the through-life management of ESSOR products. The present ESSOR growth will strengthen the focus on a more complete and sustainable interoperability among Armed Forces, as well as the European industrial position in the worldwide context.

Once again, the present six ESSOR nations with the support and co-ordination of OCCAR demonstrated to be able to agree on a wide set of new requirements in reasonable time, and to address their implementation with a multinational industrial consortium. Other European nations are attracted by this force multiplier and have recently disclosed their interest in joining the programme.

The new projects will not lead to operational products in the three-years development EDIDP phase, but will need full implementation of the operational capability in the forthcoming years, perhaps under the auspices, once again, of the European Union as co-funded by the EDF source.

During the pandemic, the FSAF Programme held a virtual Programme Board “Sustainment & Enhancement contract redirection due to SAMP/T NG Project” and continued working with EUROSAM the associated negotiations to sign the relevant contract by the end of this year. Can you elaborate on these developments and on the FR-IT SAMP/T NG system hardware & software architecture?

The FSAF programme has a certain age, and therefore it required modernisation, to deal with obsolescence issues, as well as with changing threats and operational requirements. The SAMP/T NG will be able to provide the air defence to French and Italian territories from air and ballistic threats, maximizing the already considerable operational capacities.

In particular, the SAMP/T NG system will be based on two new brand modules from the Firing Control Unit:

In terms of functional and software architecture, SAMP/T NG maintains the software elements already acquired in the development phase in the framework of the current Sustainment & Enhancement (S&E) open architecture. Additional capabilities will be provided by the increased number of workstations (from two to four) and software functionalities that will optimise the C2 activities and the tactical air space management. The system is set for any future developments that will allow inserting new capacities.

The S&E contract also includes some naval-related aspects, as it is also a wise mean of preparing the PAAMS mid-life update, by conducting studies on emerging naval threats at system level and inserting those threats in the naval portfolio of the Block 1NT missile development. These air defence activities within the FSAF-PAAMS PD are managed side by side with the other naval programmes, like PPA or FREMM [highlighted in the naval section of this article], with which we have constructive exchanges concerning the joint activities of the Horizon & PAAMS mid-life updates.

[1] The explicit mention of Member States of both the European Union and OCCAR was included due to the exit of the United Kingdom of Great Britain and Northern Ireland (UK) from the European Union, to set out unequivocally that UK companies are able to participate independent from a potential UK exit. 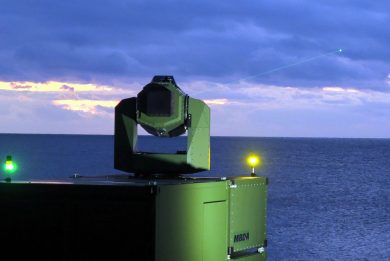 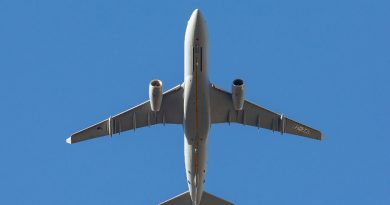