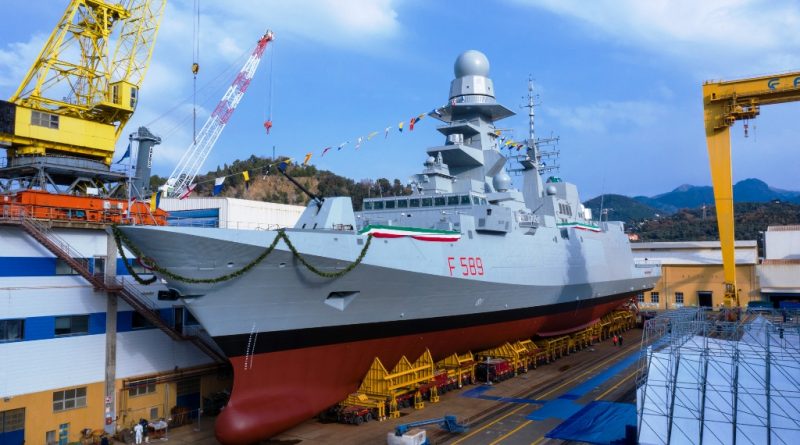 In the naval domain, PESCO is working on the European Patrol Corvette (EPC) launched by France and Italy, and more recently entrusted by Spain and Greece, while the Italian MoD is discussing with the industry to finalize a contract for a four-submarine procurement programme. Are you expecting to see these programmes to be managed by OCCAR?

The European Patrol Corvette is indeed a clear candidate and I would certainly be happy if the nations decide to entrust it to OCCAR when the time comes, but this is a sovereign decision. Greece is not a Member State of OCCAR, therefore its integration would require the signature of the so call Letter of Acceptance, by which they agree to have the programme managed according to OCCAR rules and regulations, and a security arrangement. The former can take up to one year, since it requires the Governmental approval, which might also mean Parliament approval. The latter is necessary in order to exchange classified information. These requirements are not problematic, only time consuming, so they have to be taken into account if there is a real interest in entrusting the programme to OCCAR, in order to start well in advance to avoid time constraints.

As for the Italian Near Future Submarine (NFS) programme, indeed the MoD has consulted with OCCAR the steps necessary for its integration, but there is no formal decision yet, although I am confident that OCCAR will be entrusted this programme. The Board of Supervisors has authorized myself to conduct preliminary activities in preparation for the potential integration of this programme, and I look forward to taking it on board soon, hopefully before year-end.

The FREMM production and delivery programme will end in the near future, while the Common In-Service Support activities will continue not only for this programme but also for the Horizon frigates. Can you elaborate on future planned and foreseeing activities about FREMM programme? At which point is the preparation work for the Horizon MLU contract and which are the main agreed elements of the programme?

Following OCCAR’s Through-Life Management (TLM) approach, the FREMM programme includes an Integrated Logistic Support phase and an initial In-Service Support (ISS) phase (starting with Frigates delivery) for both French and Italian ship. This includes engineering support, configuration and obsolescence management, technical service, training, supply chain support management, electronic systems maintenance and documentation. A further five-year ISS contract was signed in June 2019 to ensure maintenance and supplies for Italian frigates. On 4 May 2017, an agreement between the Italian and the French Naval Armament Directions and Navies Logistic Support Directions was signed with the purpose of creating a Common ISS structure for FREMM and Horizon frigates, and further developments are being planned thanks to two dedicated Working Groups.

Looking to the FREMM production, qualification and contractual acceptance programme, the following weeks and months will see the first sea going of the French FOC [1] FREDA [2] Alsace as well as of the 10th Italian FOS [3] GP (General Purpose) Bianchi, while studies are on-going on French FREDA frigates and FOS Lorraine production. Final Official Acceptance Review (FOAR) of the 9th Italian FOS GP Schergat ship was planned on the 19th of March and everything was already organized in order to deliver the ship to the Italian Navy. With the stopping of all the industrial activities in Italy for the COVID emergency and the recent progressive return to work, the FOAR is expected by the end of June.

The new Horizon MLU contract is likely to be signed by the end of this semester and it is aimed to provide within the end of next year a feasibility study on possible enhancements of their operational capabilities, based on their obsolescence outcomes and taking into account the FREMM design to update their configuration.

As Naviris in the future will be the industrial interface of Italy and France in the naval domain, we expect that the feasibility study assigned by nations to OCCAR will be the starting point to assign to OCCAR also Horizon MLU activities. If Nations would decide it, we could be ready to “transform” the FREMM PD into a “Naval PD” that could manage many cooperative naval programmes (Horizon, FREMM, LSS, and so on).

I would like to point out that a vessel needs modernisation when its weapon systems become obsolete. Obviously, the integration of new weapon systems affects the platform, so a study is required to decide which changes are possible and which are the associated costs. For the Horizon modernisation, Naviris, as shipbuilder, will be the prime contractor for the platform modernisation, while Thales and Leonardo will be subcontractors for the French and Italian vessels.

With regards to the latest news related to a potential export of two Italian FREMM frigates to Egypt, OCCAR has not been made aware of any decision. I personally think that should this happen it is logical to expect the construction of two additional Italian FREMMs, to maintain the number of 10 frigates for the Italian Navy according to original operational requirements. Time will tell.

OCCAR has recently unveiled to have awarded a new contract for Naval Research and Technology projects to Naviris, the JV between Fincantieri and Naval Group. Can you elaborate on these five projects and their importance for the future cooperation between the two countries and industries?

Recently a new Italian and French cooperation in the Naval Defence Industry has been launched in order to build up a European excellence in the shipbuilding and navies. Following the establishment of the equal 50/50 Naviris JV, Italian and French Naval Defence Administrations have addressed the intention to pitch research activities in the naval domain in order to increase their bound cooperation in this context. Within this framework, the OCCAR FREMM PD has been engaged to award two new contracts to Naviris in order to develop:

– five Research & Technology Projects, lasting up to 3.5 years, which were awarded on 4 June;

– feasibility studies concerning the Mid-Life Upgrade of Horizon Class Combat Ships, which is to be awarded by the first half of 2020.

Both mentioned new contracts have been issued in accordance to OCCAR rules and will be entirely managed by the same OCCAR FREMM PD without the need to increase personnel or to seek external support. Italy and France considered that the excellent management provided to date by the OCCAR FREMM PD with the FREMM programme could be the best way to run a new long-term cooperation in the Naval Defence domain.

Italian LRR antenna major overhaul represents an important milestone in the second half of 2020 for the Marina Militare Italiana and OCCAR. It will be applied on Italian Ship Duilio from September and it will be the third LRR major overhaul activity performed by Thales Nederland on Horizon class ships, taking into account the lessons learned on similar activities performed on French Horizon ships, Forbin and Chevalier Paul respectively in 2018 and 2019. As for the Italian first Major OverHaul (MOH), this includes the whole refurbishment of the radar antenna and below deck equipment in a lead-time of 12 months. The flow of the activities has been improved by reducing the delivery risks and costs. The LRR major overhaul will be performed clearly also on ITS Doria in 2022. In parallel, Thales Nederland is performing the same activities on board the UK Type 45 destroyers for which OCCAR has managed directly, in the current ISS contract, only the non-recurring activities such as the development of MOH procedures, the Near Field Test site and a dedicated health- and environmental-compliant facility for antenna components refurbishing.

This 10-year preventive maintenance activity, necessary to maintain system performance and ensure that the system meets the expected service life, will be a prerequisite stage to achieve LRR enhanced BMD capabilities. Within this perimeter France, Italy and the United Kingdom are working together to reach a common agreement on the route to follow, in order to align each national operational need with the international cooperation. In this environment, OCCAR is called to play an important role to support Nations to reach this goal.

The Italian Navy’s Logistic Support Ship (LSS) programme will see important developments during 2020, with the final acceptance review/ship delivery of the Italian ship and the first steel cutting for the French ship. Can you highlight these developments?

The delivery of ITS Vulcano to the Italian Navy, under the OCCAR LSS Programme, is currently scheduled for mid-September 2020. However, the impacts related to the COVID19 emergency, will unfortunately lead to a shift of the mentioned date, due to the interruption of all testing activities, at sea and ashore, which began with positive results last December. After the reopening of Fincantieri’s facilities, the industry is expected to restart sea trials soon, in order to resume the complex activity of testing all the operational requirements of the contract.

As for the French ship, the actual production phase will come into force in June 2020 for the bow section of the first ship (Fincantieri shipyard) and in December 2020 (Chantiers de l’Atlantique shipyard) for the aft section. The LSS FOC will be launched by the end of March 2022. The aft section first steel cutting ceremony, recently performed, marked the restart of the industrial activity in France. The OCCAR management made it possible, keeping the programme on track, despite the COVID-19. As for the first steel cutting of the bow section, initially scheduled for late May, a short shift being expected due to the COVID19 emergency.

The 2020 activities of the Maritime Mine Counter Measures (MMCM) programme will see important milestones in the production and acceptance activities of the two identical Prototype/Demonstrators’ sub-systems and primary system integration in preparation for future systems qualification. Are you expecting any delay due to coronavirus pandemic?

The MMCM is a mine warfare system, composed of unmanned surface (USV) and underwater (UUV) vehicles, aiming to replace current French Marine Nationale and UK Royal Navy MCM capabilities. The two prototypes have started their sea trials, as presented during the programme progress demonstration on 29 May in Brest to the French Minister of Defence. The latter confirmed the French intention to order this year four additional MMCM systems, once the prototypes will achieve their qualification. COVID should have a limited impact on the demonstration of MMCM operational capabilities, which is still expected by October 2020. However, the exact impact is still under assessment, given the cross-links between French and British location trials and activities, which still remain under stress due to travel constraints for international workers.

While intense use of OCCAR and stakeholders’ Information and Communication Technology resources has kept the “office” workflow almost as normal, the coronavirus impact on the PPA delivery schedule remains under assessment, as the “production” pace is still increasingly resuming the 100% flow in all shipyards and factories involved. In fact the launch of the PPA 2 Francesco Morosini took place on 22 May, although the ship was ready since late March, activities having been postponed due to the coronavirus lockdown. So far, estimated delays for the different work packages range from two to three months, but recovery plans are going to be implemented, to reduce them. Those plans will be more effective in the mid-long term, but we are confident to keep even the PPA 1 Paolo Thaon di Revel delivery very close to the contractual schedule, that is May 2021. The production of PPA 3 Raimondo Montecuccoli and PPA 4 have re-started, with the PPA 3, the first in the Light Plus configuration, likely to be launched in February 2021. PPA 5 first steel cutting ceremony is expected by late June 2020. 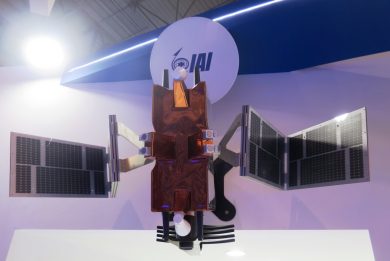 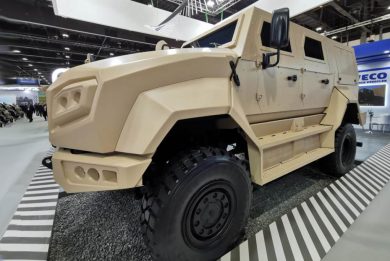