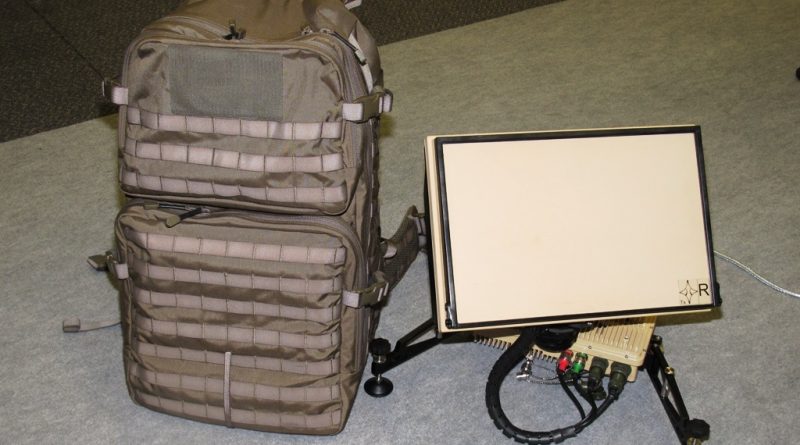 Founded in 1996, Paradigm is a UK-based satellite communications solution provider that designs, integrates, manufactures and delivers satellite terminals and earth stations. At Expodefensa Paradigm exhibited the smallest terminal of its portfolio, with a flat panel antenna 45 cm in diagonal. This offers considerable space saving, as in terms of performances it is equivalent to a 65 cm diameter parabolic reflector antenna, and it not only reduces size and weight but also power, answering to the SWAP mantra. 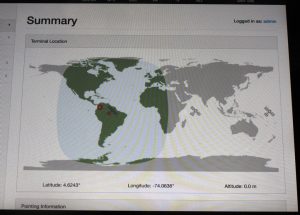 The antenna can operate in the Ka, Ku and X bands; to switch band it is sufficient to slide the front panel and turning it inside-out, as it is the panel that drives polarisation, the base unit remaining the same. To avoid the use of electric motors, to cope to the SWAP concept, Paradigm decided for this small terminal to adopt manual pointing, through a screw system and a LED cross on the base unit, showing in which direction in azimuth and elevation the antenna the antenna must be moved, pointing being finished when the green LED at the centre lights up. 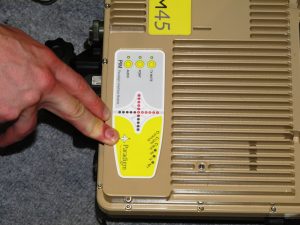 The base unit has an integrated GPS allowing the system to know its position; however the Paradigm terminal can also be used splitting the base unit from the antenna, for example when a unit is installed inside a building that acts as a Faraday cage. In that situation it is possible to insert manually the antenna grids in the base unit, taken with a manual GPS, in order to allow exact pointing. Power supply can be made through AC, a battery pack providing DC power being also available, its weight being around 1 kg and its power being sufficient for one hour transmission. 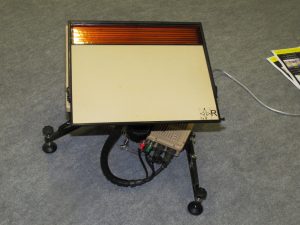 Paradigm developed a backpack that contains the terminal; without backpack the system weighs 14.5 kg, while the whole system weighs 16 kg. Typical users of such systems are Special Forces, thus it was not possible to have any detail on current users. Paradigm was one of the companies that were exhibiting with the support of the DSO