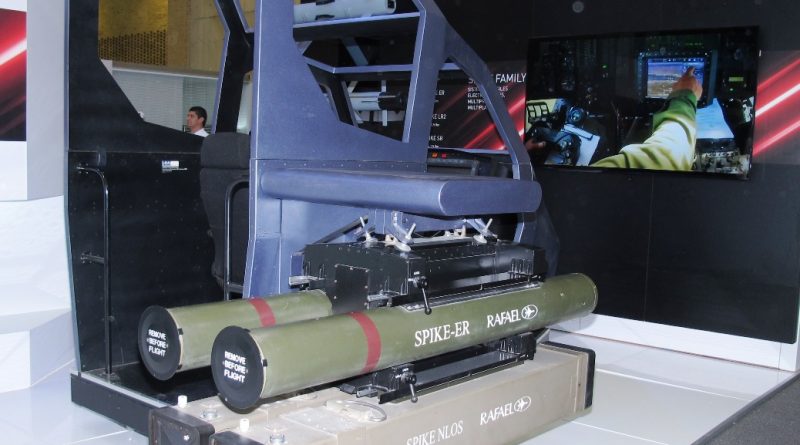 With a strong foot in Latin America, Rafael of Israel is already present also in Colombia with its products. One example is the “Arpia” programme, the UH-60L conversion into a gunship variant carried out by the Colombian Air Force which is now receiving its Mark IV helicopters. These include a suite allowing firing all types of Spike missiles, the new suite including a weapons processing computer, new multifunction displays, a grip controller and a generic launcher system. Rafael also provides the Toplite II electro-optical turret as well as the communication system. 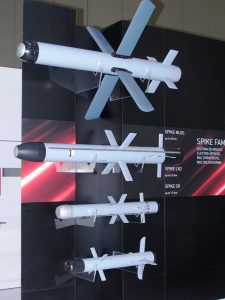 The Haifa-based company hopes to spread its communications link system to all Colombian Air Force platforms, such as combat and transport aircraft, similarly to what has been successfully done by the Israeli Defence Forces. The Spike is also proposed to the Colombian Army, in the latest version available, the LR2, which is now in production for the launch customer, the IDF, and which is in competition in Australia. 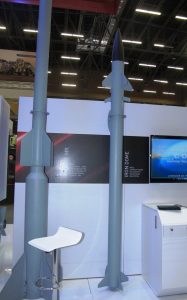 Looking at the possible Kfir replacement, Rafael feels that it is in the position to supply most of what it has in service on current aircraft, such as IR and radar guided air-to-air missiles, Spice air-to-ground ordnance and electro-optical systems such as the Litening and RecceLite pods. Rafael underlined that with the exception of air-to-air missiles all those systems are already integrated into the Gripen NG, E/O pods being integrated into the Eurofighter, with Spice integration being on its way; as for the F-16, technically speaking all systems are integrated into IDF aircraft, however to integrate them into other nations’ aircraft the US clearance is needed. 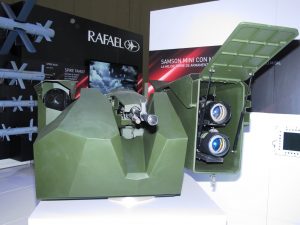 The Colombian Army looking for short and medium range air defence systems, Rafael is proposing its combat-proven Iron Dome which interceptor missile, the Tamir, might be part of a wider offer aimed also at the new Navy frigates, the sea-based C-Dome system using the same interceptor. The C-Dome was declared fully operational on an IDF Saar 5 corvette two weeks prior Expodefensa. Rafael underlines the lower cost of the systems proposed compared to competitors.

Finally the company is proposing its cyber solutions at national level, both for governmental and private applications, Rafael having won contract for such solutions in Israel.