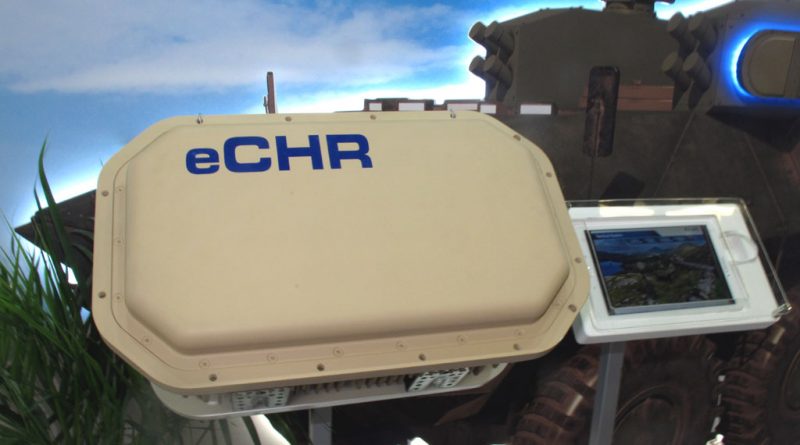 Rada Electronic Industries from Israel is well known for its hemispheric radars, some of which are part of vehicle’s active protection systems, and for mid-range tactical radars, respectively the CHR (Compact Hemispheric Radar) and the MHR (Multi-mission Hemispheric Radar). A few days before the exhibition Rada announced the launch of upgraded versions of both its radar systems, aiming at increasing range and provide them with C-UAS capabilities. 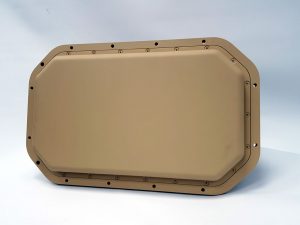 The company identified the need for a gap-filler between the CHR and the MHR, thus it worked on enhancing the performances of the shorter-range radar, giving birth to the eCHR. The new radar can be immediately recognised as it has a single panel flat surface Gallium Nitride-based (GaN) active electronically scanned array (AESA) antenna, compared to the two panels angled antenna of the CHR; this gives it a 90° azimuth coverage, compared to the 120° of the CHR, elevation coverage remaining 90°. Dimensions are slightly bigger, 500 x 300 mm versus 475 x 270 mm of the previous model, but what increases dramatically is the power consumption, from 110 to 250 W average, a clear indication of the higher output power of this S-band software defined radar. No data were provided on ranges, however Rada states that the increase in detection distance allows it to be used in C-UAS systems. The eCHR is ready for production and the company has already some customers, who remain undisclosed. 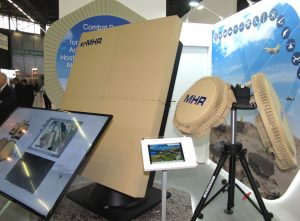 While the MHR is still a best-selling item, Rada managed to considerably reduce the production time, Rada already developed it into the ieMHR, which maintains a circular antenna with a greater diameter, 790 versus 504 mm diameter, and a much higher power consumption, 760 versus 290 W. However, considering how active is the SHORAD market in the western world, it decided to further improve its MHR, developing the xrMHR, which has a wholly different look compared to the previous two versions while retaining the band and the AESA antenna, based on GaN amplifiers. This time the antenna has a square face, four antennas being put together to obtain a range that is the double compared to that of a single antenna. A radar made of sub-radars, it can be scaled up to any size, giving an over 90° coverage in azimuth, close to 100°, and 90° in elevation. A non-rotating radar, the xrMHR can be used in various applications such as SHORAD and C-RAM, the company only mention of range being that it can be used for “tactical missions, at extended ranges of 200km,” bringing Rada into a new segment of radar applications. 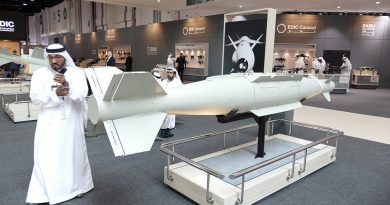 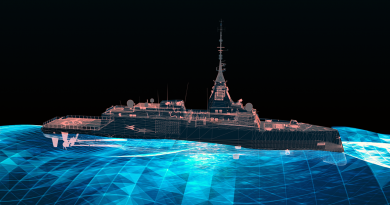 10/11/2019 Olga Ruzhelnyk Comments Off on Inside the FDI: a detailed description of its innovations