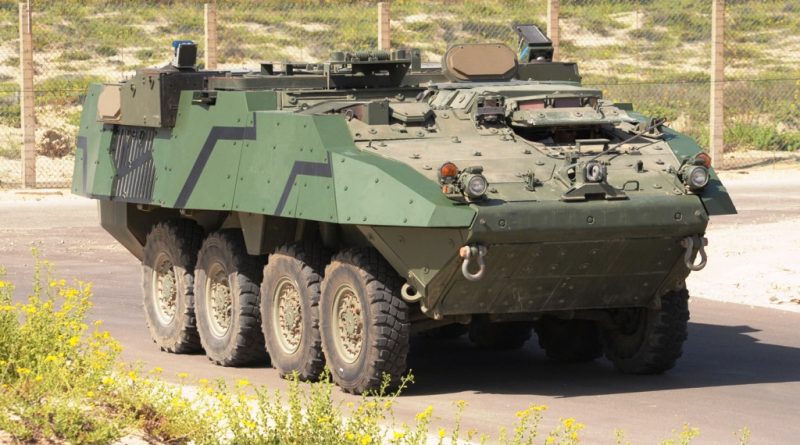 With its Trophy active defence system well established on the market, over 1,000 systems are installed on Israel Merkava 3 and 4 main battle tanks and on the Namer armoured personnel carrier, US Army Abrams being the next MBT to receive the system following the signature on late June 2018 of a contract with Leonardo DRS as prime contractor and Rafael as subcontractor, the Haifa-based company is well ahead in developing a lighter version of the system, which aims at obtaining a similar success in the wheeled vehicles field. The original Trophy-HV adds around 1.8-1.9 tonnes to the vehicle, its elements being quite cumbersome, not a major problem for an MBT but definitely something that raises issues for its integration into smaller vehicles. While Rafael always declared to wait for a launch customer to fully develop the Trophy-MV, the results obtained by the HV version led to the launch of the lighter version, apparently on company funds, a potential customer being anyway quite close to become the first one to adopt the new system. Weight reduction is considerable, the MV adding around 1 tonne to the vehicle, while components, electronic boxes and launchers, are now much smaller, with the exception of the antenna that remains the same. 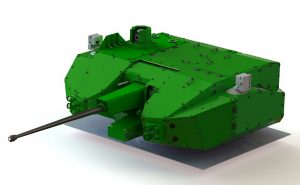 The hard kill elements remain the same, and Rafael is currently integrating the Trophy-MV into a Samson 30 remotely controlled turret, the potential customer being interested in such a solution. The full-option turret, including Level 2 protection, 30 mm cannon and ammunition, electro optical aiming systems, the Trophy-MV and the Spike pod containing two missiles, will have a weight of around 3 tonnes. The company stated that final tests have still to be carried out, and the development should be finalised by late August 2018. The solution under development is far from being the only one, Rafael being ready to integrate its Trophy-MV on any other suitable platform.