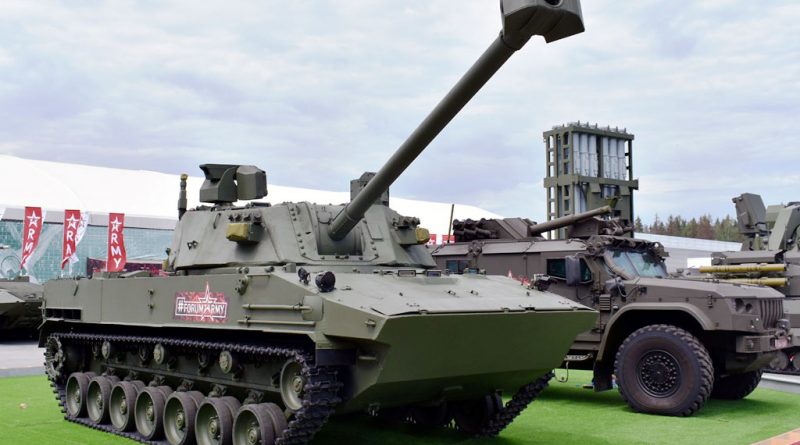 The Russian Ministry of Defence (MoD) is set to upgrade the artillery inventory of the Airborne Troops (Vozdushno-Desantniye Voyska, VDV), according to the country’s top military officials.

Speaking at the Army 2019 defence show held in Kubinka near Moscow in late June, Deputy Defence Minister, General of the Army Dmitry Bulgakov said the military would get new 2S42 Lotos (Lotus) 120 mm self-propelled guns (SPGs) developed by Rostec’s design bureau TsNIITochMash. “[Compared to the previously developed weapons of the type], the Lotos’s capabilities have been increased by 50%; the new SPG can also be air-dropped. We will replace the 2S9 Nona-S SPGs with the Lotus in years to come,” Bulgakov said. The 2S9 SPGs are primarily issued to the Airborne Troops, so most part of the abovementioned rearmament process will cover this military service; however, some Nona-S systems are operated by the Naval Infantry (Morskaya Pekhota, MP) and thus the Russian marines could also receive the Lotos. 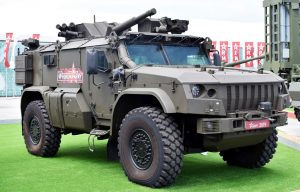 According to Bulgakov, Russia’s rapid deployment troops will also get the new 2S41 Drok (Broom) 82 mm self-propelled mortars (SPMs) developed by Rostec’s corporation Uralvagonzavod (namely, its subsidiary, the Burevestnik Scientific Institute). The Drok is intended for the Russian Armed Force’s mortar artillery units; at the same time, it perfectly meets the requirements of the VDV. “This newest mortar [2S41] will soon replace all 82 mm mortars,” Bulgakov said.

The 2S42 Lotos SPG was showcased at the Army 2019. The vehicle is designed to engage manpower, artillery, armoured platforms and command and control posts. According to the military, the SPG weighs some 18 tonnes and has a four-strong crew. It can reach a road speed of up to 70 km/h and a swimming speed of 9 km/h. The Lotos’s 120 mm gun has a firing rate of 6-8 rounds per minute. The SPG is also armed with a Kalashnikov PKTM 7.62 mm general-purpose machinegun (GPMG) in a remotely controlled weapon station (RCWS) and will be equipped with a soft-kill active protection system to protect it against antitank missiles and guided artillery munitions.

The 2S41 Drok 82 mm SPM was also officially unveiled at the Army 2019. The vehicle is intended to engage both exposed and protected manpower. The mortar is based on the chassis of the K-4386 Taifun-VDV 4×4 protected utility vehicle that has initially been designed for the VDV. The system weighs 14 tonnes and is powered by a 350-hp KamAZ-650.10-350 engine, allowing a maximum speed of 100 km/h and a cruising range of 1,200 km. The SPM has a firing range between 100 and 6,000 meters and a maximum rate of fire of 12 rounds per minute. The Drop carries an ammunition load of 40 82 mm mortar bombs and is additionally armed with a Kalashnikov PKT 7.62 mm GPMG integrated with an RCWS. 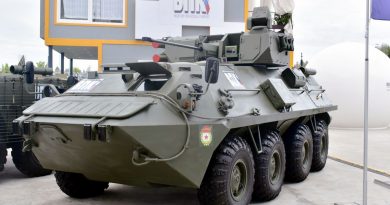