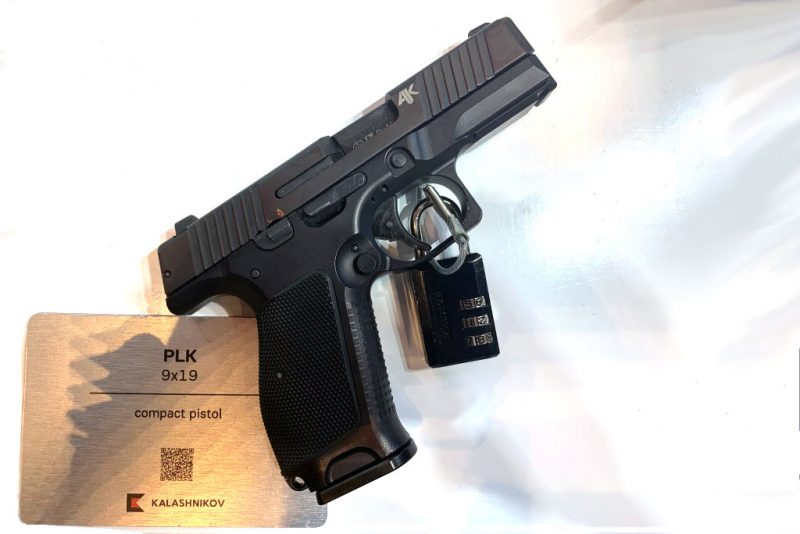 Russia’s Kalashnikov Group (a subsidiary of Rostec state corporation) has unveiled its new Lebedev PLK compact pistol at the IDEX 2021 defence show being held in the United Arab Emirates (UAE) between February 21-25.

The PLK is a striker-fired weapon that is built on an aluminum slide and features ambidextrous firing controls, including bolt catch, safety, and magazine release button. Unlike the renowned Makarov PM pistol firing 9×18 ammunition, the Lebedev sidearm is chambered for 9×19 Parabellum cartridges.

Fitted with an ergonomic grip, the PLK pistol is 180 mm long and carries a 92 mm barrel. The firearm is fed by a 14-round metal dual-column magazine with clear windows, allowing a shooter to control ammunition consumption. The Lebedev pistol weighs 0.71 kg with empty magazine. The lower part of the pistol slide is equipped with a Picatinny rail for tactical flashlights and target designators.

“This firearm has successfully completed its state trials in the Russian Federation and has already proven its reliability in harsh environments,” Dmitry Tarasov, the Kalashnikov Group CEO told EDR On-Line.

The presentation of the PLK pistol at the IDEX 2021 defence show was conducted by both Rosoboronexport company (a subsidiary of Rostec) and the Kalashnikov Group.

The Kalashnikov Group also develops a full-size variant of the firearm, which is designated PL. According to the company’s official representative Maria Vorobyeva, the handgun is now completing its trials. “The trials should finished this spring, then the pistol will start its operational evaluation and trials,” she said. The PL pistol is designed to replace the PM.

The Kalashnikov Group has already designed a sporting variant of the PL/PLK. This firearm is designated SR1. 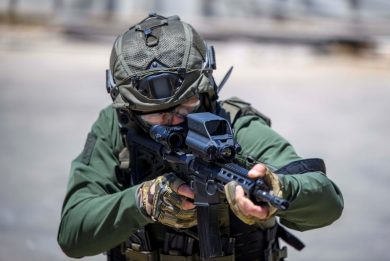