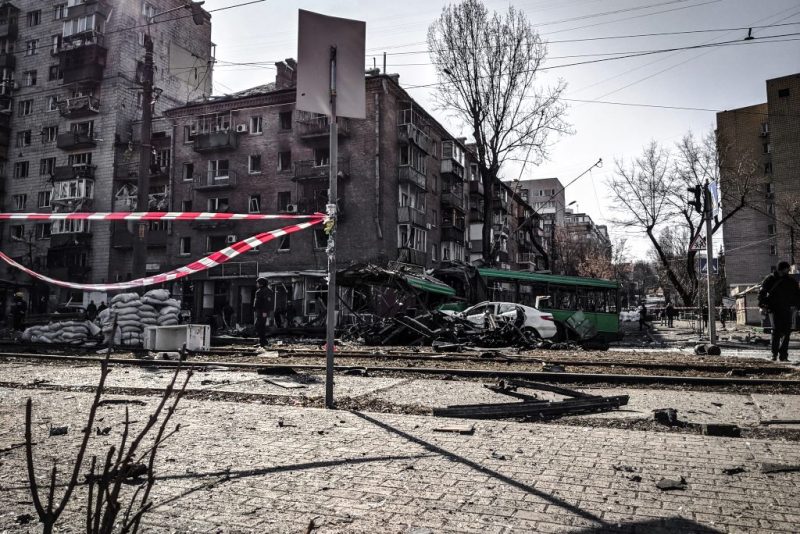 Created in 1953 as FINBEL by France, Italy, the Netherlands, Belgium and Luxemburg, its mission was to promote cooperation in land armaments programmes. In 1956 it became FINABEL following the addition of Germany, the “A” standing for “Allemagne”, the official language being French. Since it evolved into an organisation aiming at harmonizing European land military doctrines, the number of member nations increasing constantly to the current 24, all belonging to the European Union, with Montenegro and Norway the last to join in 2021. In the meantime the FINABEL role further evolved, its current mission being to act as an interoperability forum between participating nations, as well as a think tank on Army matters. In short, as the FINABEL website states, it has become the “European Army Interoperability Centre”. The Executive Committee consists of the Member States’ Army Chiefs of Staff and Land Force Commanders, under which we find the Steering Committee, formed by the Directors of Doctrine. A number of ad-hoc Expert Task Groups operate, each looking at different matters usually proposed by a member state, and in those ones experts work to find a solution to the proposed problem. A Permanent Secretariat ensures continuity, and to this three permanent research teams each of four people operate, one currently being dedicated to the situation in Ukraine. Based on its work the Director of the FINABEL Permanent Secretariat, Mario Blokken, gave a presentation at the Armoured Vehicles Eastern Europe conference, organised in Warsaw in late September by Defence IQ, his speech being titled “Lessons Learned from the Russia-Ukraine War”.

While many people comment on those events as if they were sure to know all the truth about what is happening in Ukraine, the FINABEL representative immediately stated that “the information on the war in Ukraine is imperfect, resulting in an incomplete picture, and this should caution anyone attempting to draw sweeping conclusions.” That said, he also added that “However, imperfect information should not lead European armies into the temptation of choosing not to draw lessons. Leaving existing European doctrines and tactics untouched because of perceived Russian failures to execute their own doctrine does not do justice to some of the credible evidence that is available.”

As many analysts, Mr. Blokken splits the ongoing war into three phases: “The first goes from February 24th to April 8th where manoeuvre and urban warfare was characterising this conflict, and was followed by the second phase that lasted until the end of July and was marked by attrition warfare defined by artillery, air and trench warfare, and finally the current phase that started in early August, with manoeuvre warfare defined by shaping and mechanised element.”

Russian goals and plans have been re-oriented during the conflict, which must be considered when analysing lessons learned.

“Culture eats strategy for breakfast,” Mr. Blokken states, underlining how much this has been decisive all along the conflict and adding that, “The moral unbalance has probably be the most decisive factor.” Shifting to training, he mentions what the Swedish Chief of Staff mentioned during the last FINABEL meeting: “Instead of train as you fight we need to train to win.” And in the first phase of the war, “Russia failed to execute its own doctrine, consequently negating its strong points and exposing its weaknesses.” Russian formation basic skills were poor throughout the war, and will certainly not improve with the deployment of poorly trained personnel recently mobilised. “The train to win concept needs to be included in the future training of European armed forces.”

Quantity is a quality, as wars tend to last longer than envisioned, and in a war of attrition numbers are equally important as quality, Mr. Blokken said. Sustaining a warfighting capability has an impact on society and on economy, as it means large trained manpower pools and large stocks of weapon systems, up-scaling military industrial capacity, and being able to shift into war economy. The quantity-equal-quality equation was visible in the second phase of the war, when the amount of manpower, artillery effectors and shells, gave Russia an advantage over Ukraine.

“We need to be able to improvise and to adapt, and Ukraine has been very quick in overcoming obstacles, while in contrast Russia was not prepared for unexpected situations, such as the introduction of anti-ship missiles, Neptune and Harpoon, as well as long range precision fires, such as the HIMARS. The support from friendly nations in terms of weapon systems and logistic support gave Ukraine the surprise effect,” and Russia was unable to react.

One of the most enlightening bullets made by Mr. Blokken is probably the one dealing with the handling of classified information. “We need to share information. In Afghanistan, when terrorist managed to create very effective IED, the first thing they did was to share this on the deep web so that all other terrorist cells could use the formula to create their own very effective IEDs. What NATO does when the formula of that IED is discovered, is to put a NATO Secret stamp on it. We therefore need to shift the military mindset from the ‘need to share’ to the ‘dare to share’ principle,” he explained. And this also applies to lessons learned, as the FINABEL representative found out talking to the Director of the NATO Joint Analysis and Lessons Learned Centre and to lower echelon commanders in the field during exercises. The latter want to get those LLs to evolve themselves and improve their warfighting skills, but they do not have access to those documents due to their classification. At unit level there is usually only one computer cleared to access NATO Secret documents.“A lot of things can be shared, they are not as secret as we see them. Ukrainians didn’t care about it, they have just used it. SATCOM had a certain level of security but it is not highly secured military comms, however this allowed them to be very effective because they could communicate. In some occasions they reverted to dispatch riders to maintain communications, a case of what I call reverse innovation.”

According to Mr. Blokken this was one of the strength of the Ukrainian Army, and he is anxious to attend the 2023 FINABEL Chiefs of Staff meeting, which will take place in Latvia, where there will certainly be some Ukraine Land Forces representative that will explain how they fought, sharing their information with the western armies community.

Mr. Blokken then considered military officers education. “Is it good to take lessons learned from history to reflect on how we should act in the future?” was the provocative question posed by the speaker. “When you pin yourself on doctrine, on procedures, on standardisation, you see that most of the time this is bottlenecking the warfare process.” This brought him to wonder if the military education process should not be modified.

Excess of reliance on technology can also be an issue. Mr. Blokken was accompanying a top rank officer during an exercise, when a battalion completely lost radio signals, and no communication could be exchanged within platoons. “How can it be that my soldiers do not know flag drills anymore?” Based on that, basic education now includes again flag drills for communication. Bottleneck caused by unavailability of high-tech systems is often seen also in the Ukrainian scenario.

Asymmetry between shield and sword was another topic touched by Mr. Blokken. As an example, in urban warfare he mentioned the Molotov cocktail, which can be a deadly threat to many modern armoured vehicles, as those were not designed to withstand an attack of that type, something that is taken into consideration when designing anti-riot vehicles. “This was decisive in certain areas, when Russian armoured vehicles entered built-up areas,” he told the audience.

Although critic on an excessive reliance on history for looking at future conflicts, on the other hand the Director of the FINABEL Permanent Secretariat mentioned the Checnya War of 1994 as an example of armour weakness in some areas. “In that conflict 62 tanks were destroyed in the first month of fighting, and over 89% were knocked out by rounds that impacted areas not protected by reactive armour.” Talking about the NLAW, one of the weapons that showed maximum effectiveness against Russian armour thanks to its top attack profile, beside its performances Mr. Blokken underlined a few other main advantages: “A key factor is that it can be used in urban warfare, and not only, it can be used by any civilian. Two of the FINABEL researchers, both without any military background, were accompanying me on a NATO exercise. They were shown the NLAW and taught how to use it in a matter of minutes, and after three shots on the simulator their proficiency was already over 90%. When it comes to this kind of conflict we should try to find the way to employ weapon systems that are easy to use with high effectiveness.”

Stepping into the tactical field, “These lessons learned and analysis are based on information we received from the conflict area and the contacts we have there. In such conflicts we must organise antitank hunter-killer teams, which must include machine gunners and a sniper to protect the antitank gunner.” The NLAW and other fire-and-forget weapon do not require the gunner to expose himself after the shooting, as he can move away, but when guided missiles are used this is not true, and therefore the gunner must have a close protection team. Another LL relates to the ambush area: “This must be selected in an area of the city where buildings canalise the movement of armoured vehicles, which are not designed for urban warfare.” Fighting in towns might well become the typical scenario, as according to researches in 2050 70% of the population will live in major cities. “Another key issue is to lay out the ambush in order to seal off vehicles inside the kill zone, as when they are isolated they become very vulnerable.” Adding to that, the FINABEL speaker underlined the importance of exploiting the three-dimensional characteristic of the urban terrain, “We see that the most effective way to attack an armoured vehicle is to do so from different angles, with different weapons, shooting at the same moment, and doing so in an urban scenario allows also to attack from different levels exploiting buildings.” This must be obviously done preferably on weak points, that is top, rear and side. As armoured formations usually include self-propelled air defence means, to protect them from the many threats coming from the sky, when carrying out an attack on such a formation taking out first those AD assets is a priority, in order to open up the target to friendly systems such as UAS, loitering munitions, attack helicopters and so on. To that end rethinking the design of armoured vehicles, and extending the coverage of active protection systems also against top attack threats, must be considered.

While sometimes reports from the front tend to give the idea that “the tank is dead”, nonetheless Mario Blokken underlines that major breakthrough, in Ukraine but also previously in Nagorno-Karabakh, were executed by armoured formations. Asked about the lack of evidence of the effectiveness of the use of MBTs compared to that of antitank missiles, he told EDR On-Line that his organisation has quite some images of tanks properly used providing a considerable killing power.

Of course tactics and procedures maintain their importance, so dispersion before the attack, concentration of forces during the attack, and the key transition from one situation to the other, remain key elements for a successful combined arms armoured manoeuvre.

Before concluding, it was not possible not mentioning the decisive aspect taken by drones on the battlefield. To this end at European level, according to Mr. Blokken, nothing has been done yet in terms of doctrine and standardisation to reduce their effectiveness, and he considers there is a need to speed up the process in order to improve training and information sharing. “The European Defence Agency, together with the PESCO projects, and with the European Defence Fund financing, should play a key role in this sense.”