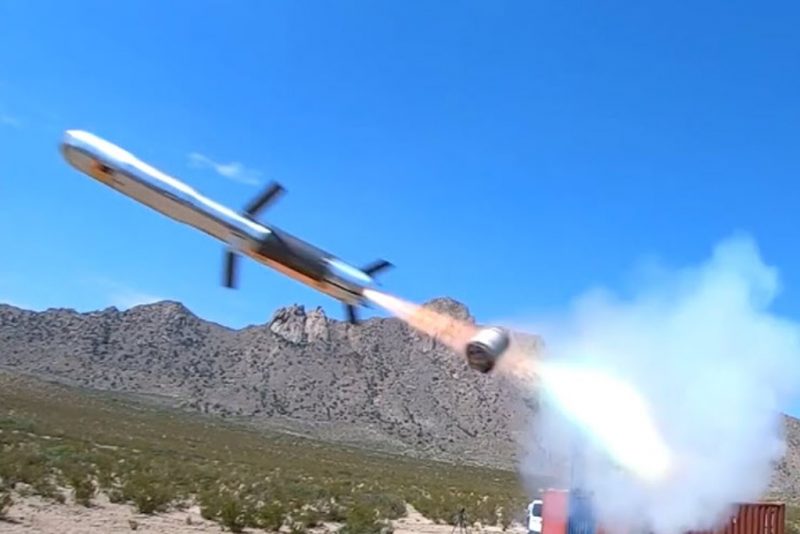 When in October 2014 Saab unveiled its Carl-Gustaf M4, the latest and lightest iteration of its well-known shoulder multipurpose reusable weapon, a new concept emerged in the form of guided ammunition for the recoilless gun. Dubbed ULM, for Ultra Light Missile, the only data available at that time were a weight of around 5 kg and a range between 1.5 and 2 km. In 2017 Saab and Raytheon teamed up to cooperate on the development of new weapons systems for infantry forces.

“The programme was financed 50-50 by the two companies, which also put together at work their best engineering capacities to design a guided munition for the Carl-Gustaf,” Michael Höglund, Vice President and head of business unit Ground Combat at Saab tells EDR On-Line.

In September 2019 the new ammunition, known at that time as the Guided Carl-Gustaf Munition (GCGM), was demonstrated in Karlskoga, those tests including six guided flights, four performed against static and two against moving targets. The aim was to show the maturity of the guidance solution, based on a Semi-Active Laser (SAL) seeker, as well as that of the propulsion, with the ejection system allowing to shoot the missile prior the activation of the rocket motor, thus permitting the firing of the GCGM from confined spaces. The warhead capacity was demonstrated apart, on a series of different targets. “This led us to get an additional contract,” Michael Höglund says, “to perform a system capability demonstration, where the full integrated system was to be tested.” Since inception the cooperation between the Swedish and the US companies was aiming not only at the Carl-Gustaf but also at the AT4 disposable system. “We decided to broaden the concept, which would allow us to expand our market,” the Saab official says, “and this led to the change in the name of the missile, which is not anymore strictly related to the Carl-Gustaf, and has become now the Guided Multipurpose Munition, GMM in short.” The new munition can be employed in the two aforementioned weapon systems, which beside their infantry use can be fitted to different types of platforms, ranging from remote weapon stations, to manned and unmanned ground, aerial and naval systems, and indirect fire systems.

On June 1st, 2021, the two companies announced the successful series of tests carried out on November 5 2020 at the Yuma Proving Ground, Arizona. “The event took place in front of multiple US services, including representatives from our two home nations, the US Army and the Swedish Armed Forces,” Michael Höglund says, a number of other undisclosed nations personnel being also present. “In total we fired seven rounds, four from the Carl-Gustaf and three from an adaptation of the AT4, at distances between 1,550 and 2,500 meters, against different types of targets such as triple brick wall, double-reinforced concrete wall, and an up-armoured vehicle.” This time the munition was the complete one, as it included also the warhead, bringing the total of live fire demos to 18, considering the 11 carried out in 2019. “Our two weapon systems, the Carl-Gustaf and the AT4, come now with both unguided and guided types of munition, for short and long ranges, and for static as well as moving targets, which adds a considerable flexibility.”

While in its current form the GMM demonstrated to meet the standards in terms of accuracy, range and lethality, this is just the beginning, as the system can be expanded to cope with a much wider mission set. “The new munition was designed since inception as a fully modular system,” Townsend “Ty” Blanchard, Senior Manager, Maneuver, SOF, Air to Ground Weapons at Raytheon Missiles & Defense, explains to EDR On-Line. Hence the SAL seeker, which works on 1064 nm frequency, is the current choice, as is the multipurpose warhead installed. “Each customer and each country may have different requirements due to different threats, so we might fit the GMM with different seekers and warheads, therefore what we can see now might not be exactly what will be produced in the future.”

The warhead used at Yuma was of a single type, a multipurpose one made of a high-performance break-in charge and a follow-through charge, however Saab and Raytheon can leverage the work done on the many munitions developed both for the Carl-Gustaf and the AT4 in the past years, EDR On-Line understanding that Saab Dynamics Switzerland, the “warhead house” of the Saab Group, is fully involved in the GMM programme.

No details were provided on how the work has been split between the two companies, the work share having been based on the respective strengths in the various fields of activities involved in the GMM development, trying to find out the most efficient way in terms of time, cost and capacities.

Coming to metrics, the carry weight of the GMM for the Carl-Gustaf is 6.8 kg, to which we must add the weight of the recoilless weapon which is 7 kg for the latest M4 version, while the AT4 version should be within the limits of the current heavier versions of the system, data providing a 9.5 kg for the AT4 CS AST (anti-structure) version. For comparison, the heaviest munition currently available for the Carl-Gustaf is the 84 mm HEAT 655 CS, which weighs some 4.8 kg. Although no details were provided on the soft launch system, this should be derived from that used in all “CS” confined-space Carl-Gustaf munitions. Here the projectile to be accelerated is heavier, however the range is not provided by the kinetic energy transmitted to it; when firing the GMM the soft launch system will only bring the GMM at a safe distance from the operator, to allow the activation of the rocket motor that will accelerate it along its path, tests having shown that the solution adopted fully copes with US DoD safety requirements for firing from enclosed spaces. Slightly heavier than what was forecasted for the ULM back in 2014, the GMM has however a greater range, the current technology demonstrator having reached 2.5 km during the aforementioned trials. To fit into the Carl-Gustaf the munition case has an 84 mm diameter; the diameter of the missile being slightly lesser than the 84 mm calibre of the recoilless gun, the missile being inserted into a container tube to avoid interferences between the control and lift folding wings and the barrel rifling.

For guiding the missile different solutions can be adopted. It is possible to install on the Carl-Gustaf or the AT4 a lightweight designator, i.e. the MLD Mini by L3 Harris with maximum energy output of 80 mJ weighs only 800 grams, or the GMM can be fired from its launcher on a target designated by a third party. “The GMM can be used in two modes, LOBL (Lock-On-Before-Launch) and LOAL (Lock-On-After-Launch),” Ty Blanchard explains. This provides considerable flexibility, allowing the soldier to launch the round from a protected site, without the need to expose himself to the enemy to illuminate the target after having unveiled his position when shooting, as the guidance can be carried out by somebody else who remained undetected.

As for the programme status, “Following the System Capability Demonstration carried out at Yuma we are now at TRL 6,” Michael Höglund says, adding that next step’s will be taken in accordance with potential customers, although he avoids disclosing further details.

It is quite clear that the GMM is a flexible concept, and in perspective a trade-off can be made between distance and target sets. What Saab and Raytheon want to make clear is that the GMM is an in-between short-range unguided shoulder-launched weapons and antitank missiles in terms of capacity, range and price, and does not aims to compete with its bigger brothers. 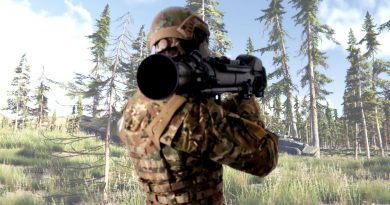 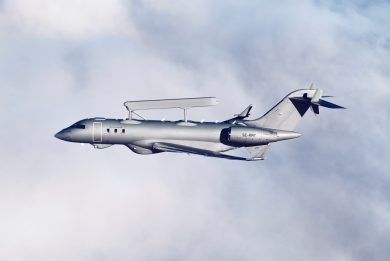