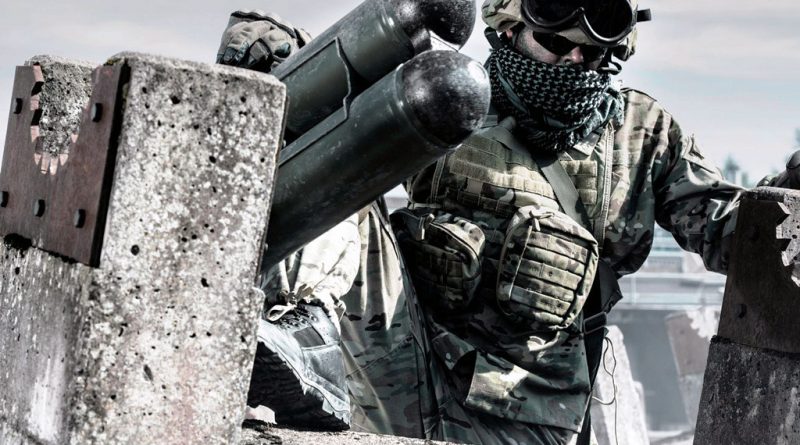 7 January 2019 – Saab has received an ammunition order from the U.S. Department of Defense (DoD) for the Carl-Gustaf® man-portable weapon system. The total order value is $16 million (approximately 145 MSEK). Deliveries will take place in 2020.

The order, covering multiple ammunition types for the Carl-Gustaf 84-mm recoilless rifle system known in the U.S. as M3 MAAWS (Multi-role, Anti-armor, Anti-personnel Weapon System), is placed under the terms of contract H92222-14-D-0008 originally announced by the DoD in August 2014 covering a 5 year contract period that lets the customer place orders up to US$187 million (approximately 1.3 BSEK) ceiling.

“We are pleased to see that the DoD keeps investing in the Carl-Gustaf system, and we are proud to provide them with our world-leading Carl-Gustaf ammunition. It is clear evidence of the customer’s trust in us and in the capabilities of our products”, says Görgen Johansson, Senior Vice President and head of Saab’s business area Dynamics.

“With the system now also being fielded in greater numbers to light infantry units in multiple theatres, the mission flexibility provided by multiple munition types available to the operator are delivering great agility and capability to the warfighter,” says Erik Smith, President and CEO of Saab Defense and Security USA.

The Carl-Gustaf 84-mm recoilless rifle is a combat-proven system capable of operating in demanding environments that provides soldiers with clear overmatch capability needed to dominate in the battlespace. The system has been regularly modernized and enhanced to meet users’ changing needs. The latest version, the Carl-Gustaf M4 (designated M3E1 in the U.S.), reduces the launcher weight from 10 kg to less than 7 kg, among several other improvements.