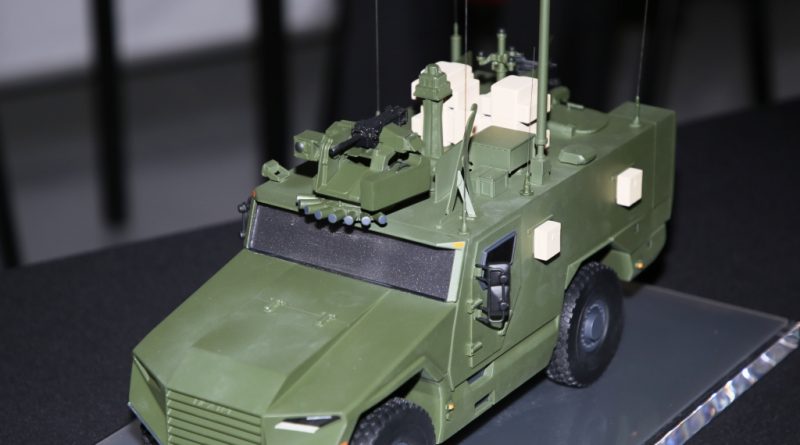 On 12 February 2018 the French Armed Forces Minister Florence Parly announced that the new multirole armoured light vehicle known as VBMR (L), for Véhicule Blindé Multi Rôle Léger. The pre-Eurosatory tour allowed to acquire some more information on the new 4×4 vehicle that will first equip the units earmarked for rapid intervention. The programme was started in early 2017, leading to a RfP that was answered by six teams, all French as the bid was not open to foreign competitors. And the winner was . . . the Nexter-Texelis team! Nexter Systems is responsible for the development, the production and the logistic support, while Texelis is in charge of the design of the chassis and the automotive components. The latter company is a specialist in the design and manufacturing of axles and transmissions for trucks and wheeled armoured vehicles, and has developed a chassis based on its T900 Modular Driveline System fitted with independent suspensions; the vehicle is powered by a Cummins 6 cylinders diesel engine providing 375 hp, coupled to an Allison automatic gearbox. Pneumatics are the standard 14R20 used in the French Army.

The VMBR (L) combat weight ranges from 15 to 17 tonnes, depending on configuration and protection level, maximum weight being 18 tonnes, each axle being able to carry 9 tonnes. According to the design team on-board power is sufficient for all needs, but no more details were provided. The same for the protection level, the VBMR (L) having intrinsic ballistic and mine protection, the former being upgradable with add-on kits, while those are not planned for the IED/mine protection. A Thales Antares mutifunction optronic situational awareness and laser warning system will also be installed in a central top position that allows covering 360°.  The vehicle is fitted with air conditioning and NBC protection system. As the development must be carried out in a very short time, Nexter and Texelis relied on proved solutions: batteries will thus be of the lead type, while the windscreen and side windows will be of standard armoured glass providing the same protection level of the vehicle. 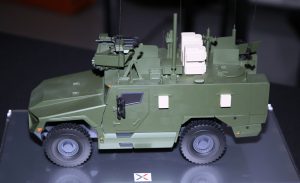 Three main versions will be provided to the Armée de Terre, VPB (Véhicule de Patrouille Blindé – armoured patrol vehicle), SA2R (Surveillance, Acquisition, Reconnaissance et Renseignement – surveillance, acquisition, reconnaissance and intelligence), and NCT (Nœud de Communication Tactique – tactical signal node). In its basic sub-version, the Infantry one, the VPB will be able to carry 10 soldiers, driver, gunner, commander and seven infantrymen. It will be fitted with an RCWS, either the T1 or T2 developed by Renault Trucks Defense within the Scorpion programme; they may be armed with 7.62 and 12.7 mm machine guns and 40 mm AGLs. One pintle-mounted Minimi machine gun is fitted at the rear, the machine gunner being protected by side armour plates. Beside the Infantry one, nine other sub-versions are planned, Command Post, Medevac, Engineer, MMP missile carrier, 81 mm mortar carrier, Artillery Observer, 120 mm mortar towing vehicle, SATCP GBAD carrier, and Resupply. The Nexter-Texelis team will deliver one version, the DGA then acquiring the specialised kits according to the Army needs. The VPB will the first version to be developed, the prototype being expected in 2020 while qualification is planned for late 2021. The SA2R will follow one year later and will be available in ot sub-versions, fitted with a surveillance radar or an optronic package, these vehicles providing surveillance and reconnaissance for the regimental  Task Force; to ensure long time of operation when static, it will be fitted with an APU (Auxiliary Power Unit). The NCT qualification is scheduled for 2023, this having four sub-versions, dedicated to widen the radio coverage of the Task Force providing radio relay among units. 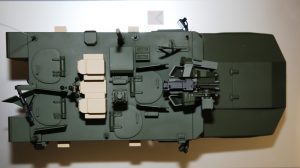 The new 2019-25 Military Programming Law foresees the acquisition within 2025 of 489 VBMR (L); currently only the first tranche that includes the vehicle development, qualification and the development of the logistic support system, has been signed, three optional batches for up to 461 vehicles being planned, plus purchase orders that might include further developments, further vehicles of logistic support. Some 200 more vehicles should be acquired for support roles, the overall number of VBMR (L) foreseen being 978 for the Scorpion and 420 for support, although a 2050 target number has also been considered. The vehicle, which name might be announced during Eurosatory, will be produced at Nexter’s Roanne plant.