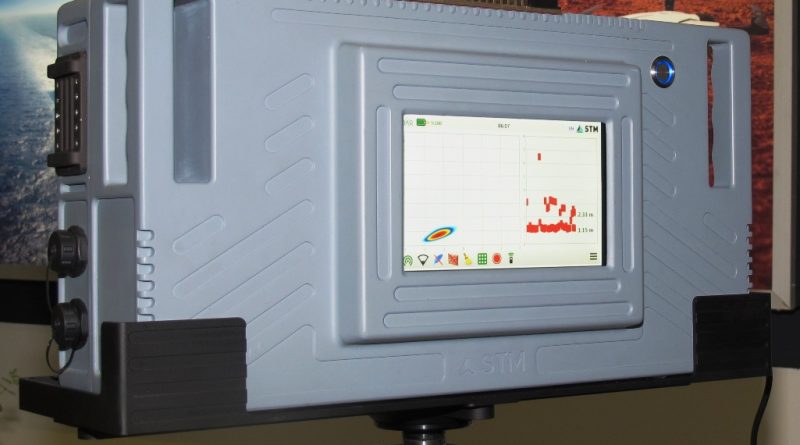 The Ankara-based Savunma Teknolojileri Mühendislik (STM) has developed the last medium version of its DAR through-the-wall radar and is now producing the systems. The work started in 2016, the company developing a system which was not at military standards and weighed around 10 kg. Since then STM carried out a successful SWAP (Size Weight And Power) reduction campaign, the current model being about two thirds of the original one. Moreover, it is fully militarised, and it answers the IP66 environmental requirements, being able to operate between -20°C and +50°C. This Ultra Wide Band radar allows to verify the presence of a living element in a room, static or on the move, by simply propping the sensor towards the wall, which can be made of brick, plastic, wood, plaster, drywall, concrete, etc. It can work in one dimension mode, providing the distance of the target from the sensor, or in two-dimension mode, generating the target location on an X-Y plan. Three scales are available, up to 20 meters.

Beside the SWAP initiative STM is constantly upgrading the software algorithms, one of the targets being that of discriminate people from animals. The company is also looking at Artificial Intelligence applications, that might further facilitate the operator’s task. The DAR also allows to identify walls; when one is found, the system checks if it is capable to overcome the new obstacle. Two modes are available: a normal one and a sensitive one, the latter accepting to lower certain parametres while risking the increase in the false alarm rate. The DAR can also be operated by remote control. Its dimensions are 240 x 455 x 13 mm, its weight being 6.5 kg. With rechargeable batteries it has four hour operations time, while the system can also run on an external power supply. The DAR was acquired by Turkish Jandarma and, in small numbers, by the Turkish SSM (Savunma Sanayii Müsteşarkiği), which is currently distributing it to some relevant units, from whom STM awaits feedbacks to continuously improve its product.

Beside the model exhibited at Kuala Lumpur, STM has fully developed a larger version which can be installed into a car and that allows to carry out the task at distance, without getting close to the wall. STM developed the hardware and the software, and is ready to produce this system, providing a launch customer shows up. At the other extremity STM is developing a hand held device known as Mini-DAR that will provide range only. The first prototype should be available in May 2018. 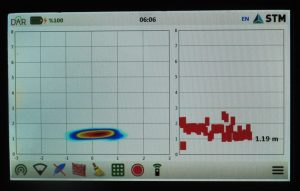