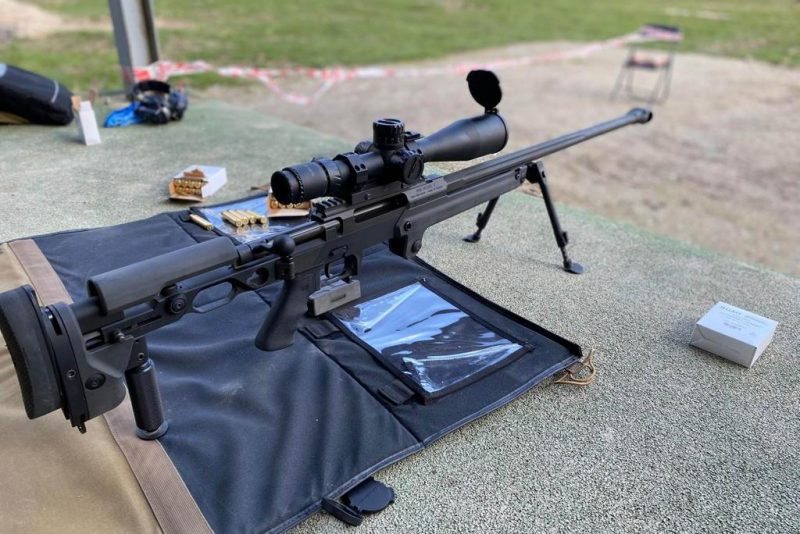 The sniper’s world has seen in the last few years the advent of numerous new calibres, aiming at increase the reach and the terminal effect while maintaining the rifle weight within acceptable limits, 12.7×99 mm weapons remaining mostly as anti-materiel rifles, but retaining a considerable weight penalty notwithstanding the slimming care carried out by most producers.

When PGM Précision of France developed its Mini Hécate 2 in .338 Lapua Magnum, the company did not intend it to become a multi-calibre rifle. However requests from potential customers led the Poisy-based company to expand the choice, the Mini Hécate 2 being now available also in .300 Norma Magnum, ,300 PRC (Precision Rifle Cartridge) and .338 Norma Magnum.

At SOFINS, the Special Operations Forces Innovation Network Seminar, organised by the Cèrcle de l’Arbalète at Camp de Souges, north of Bordeaux, PGM Précision exhibited the last variant of its intermediate calibre sniper rifle, the Mini Hécate 2 in .375 Swiss P calibre. Developed for professional shooters, the Swiss P line by RUAG Ammotec is available in different calibres, the Thun-based company having recently launched its new .375 calibre. The aim was to further increase the .338 LM performances, RUAG Ammotec declaring an operational range over 10% than that of the mostly used intermediate calibre round, the bullet remaining supersonic at over 1,600 meters, thanks to an 8,400 MJ muzzle energy, an increase of 40% over the .338 LM Swiss P, which also means a greater terminal effect.

RUAG Ammotec and PGM Précision met on the .375 Swiss P file during the early development of the new calibre, the Swiss company asking the French manufacturer to produce test systems for its new rounds. PGM Précision produced dedicated actions that allowed RUAG Ammotec to fine tune its new round that features a rebated rim case, which was qualified by C.I.P. (Commission Internationale Permanente) in May 2018.

Leveraging the experience acquired in its cooperation with RUAG Ammotec on that round, the French reference company in the sniper rifles domain developed its Mini Hécate 2 in the new calibre. To fully exploit the energy of the round and obtain maximum accuracy developed a 762 mm barrel, which gives the name to the new rifle, known as Commando 76. According to PGM Précision tests have shown a very clean grouping up to 1,600 meters, the weapon allowing to maintain a good accuracy up to 1,900 meters, however at this extreme range the round becomes pretty sensible to cross wind, as it goes subsonic. RUAG Ammotec developed three types of round in that new calibre, AP (Armour Piercing), tests having shown perforation of a Level IV body armour at 600 meters (200 meters more than the .338 LM according to PGM), FMJ (Full Metal Jacket), and HPBT (Hollow Point Boat Tail).

According to PGM Précision the French Army is looking for an intermediate calibre sniper rifle, to fill the gap between the 7.62×51 mm and the 12.7×99 mm, the company having provided the Armée de Terre with its Mini Hécate 2 in all calibres available until now to allow comparative tests, the rifle in the new calibre having been officially presented to French officials in spring 2021. At that same date PGM published its 2021-22 catalogue that contains the new Commando 76 model, the overall length being of 1.31/1.06 meters for a weight of 8.1 kg. The company think that its new rifle might well be considered also by French Special Forces, which are currently using rifles chambered for the .408 Chey Tac, a major problem being ammunition availability. 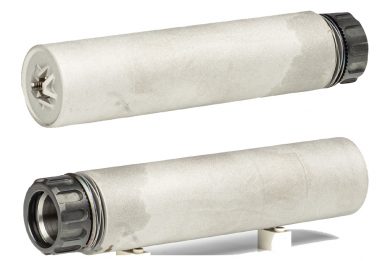 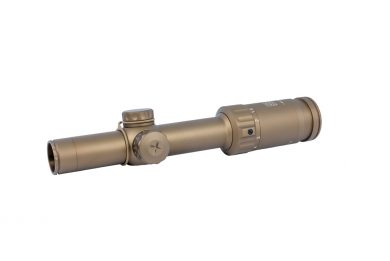