Definitely not a new sight, it was shown on the move at the company TechnoDays in 2019, the Scarabée 8 tonnes 4×4 hybrid scout vehicle performed a first in front of a public audience, running “electric-only” in the approach phase, the only noise being that of the tires rolling over the ground. At speed a certain acoustic signature remains but when creeping this should be considerably reduced. The 70 Kw/100 hp electric propulsion was then boosted by adding the 300 hp V6 VMM diesel engine before engaging the ramp, something that would happen in action once the enemy is engaged and speed ad manoeuvrability become key elements while stealthness loses importance.

When powered by both diesel and electric propulsion the Scarabée can reach 131 km/h, the electric component providing high acceleration capacity, another key element in critical tactical situations. The vehicle mobility is further increased by the peculiar characteristics of its axles, which can be counter-steered to reduce to a minimum the turning radius, or steered the same way allowing the Scarabée to move diagonally like a crab. The maximum range is 800 km.

According to French Army officers the hybrid propulsion is a key element not only for tactical purposes but also from a safety standpoint, the capability to run in one of the two modes, diesel or electric, providing an inherent backup should one of the modes fail. Another element is the reduced consumption, although this was apparently not on top of the current wish list, although in perspective the French forces are looking to considerable fuel savings for logistic purposes. One new feature that was visible on the Scarabée was the safety exit available in both side sliding doors; the latter being electrically actuated, should the system fail following an accident or an attack the three crew members can now escape through the side hatches.

Arquus CEO underlined how much the Scarabée has acquired in maturity and reliability, thanks to the experience acquired in the last year, and is now a product ready to be marketed, it would have been one of the key focus at Eurosatory. No mention of the French VBAE (Véhicule Blindé d’Aide à l’Engagement) was made. Arquus has acquired quite an expertise on hybrid vehicles, the VAB Electer having been the test bed for this type of propulsion, and is ready to offer its solutions to other vehicles in service or in production for the French forces and potentially for export customers. 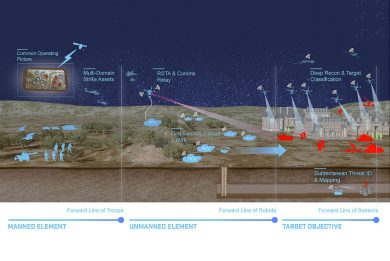 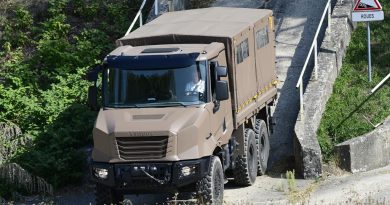