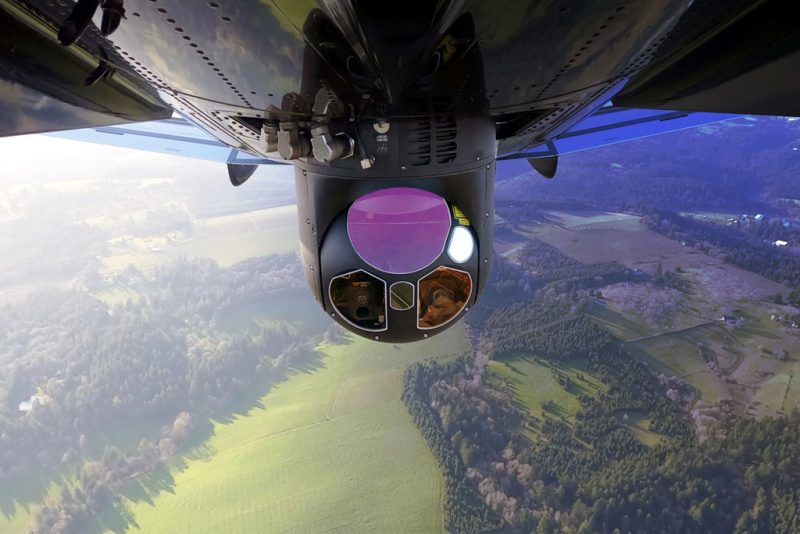 “Focussing on airborne ISR key capabilities, we are looking specifically at what will the future look like, which means operating in mega-cities, with combatants and non-combatants coexisting in the scenario, and this drives capability gaps, where you want to be able stay at stand-off as much as you can, you want to be able to share images across platforms, you want to leverage automation, and in the end of the day we have to reduce the cognitive workload, so that is what we are focussed on while moving forward,” Troy Boonstra, VP of Product Management Sensors tells the audience. “I do not need more information, I need help in managing the information that I have,” is one of the inputs received by end users Boonstra mentioned, “which means that there is the need to go one step further, shifting from connected warrior to enabled warrior,” the latter needing that processing help, which means moving from situational awareness to situational understanding.

As a practical example he took the Star SAFIRE 380X, which was launched by FLIR in mid-June 2020, the added “X” to Star SAFIRE 380-HDc, -HLD and other members of the family being an upgrade package which includes both hardware, firmware and software elements. The fact that it is now possible to add software upgrades, Boonstra explains, allows inserting some AI elements in the AiDTR (Aided Target Recognition), as well as Augmented Reality and multi-tile display, while evolving the MMI on icon-based presentations similar to those used on smartphones. “As processing hardware is getting smaller and smaller, we are able to continue adding it without impacting the weight, which is a critical element on these airborne systems,” Boonstra adds.

Detailing the work done he explains that the upgrade does not touch the payload: “We thought at what we could do within the constraints of the militarisation of the product, and in the end we added less than 700 grams to a system that weighs between 15 and 50 kg, depending on the version, while enhancing significantly its capabilities.” The system has now been fitted with integrated moving maps that include not only roads, which are more useful for law enforcement users, but also allow importing battlefield graphics such as base lines, friendly locations, no-fire areas, NATO symbols, etc. It also allows to show Moving Target Indicators, highlighting when a target starts moving putting a box around it and showing this to the operator.

The multi-tile allows to show picture-in-picture, allowing operators to view multiple payloads at the same time, without shifting from one to the other which caused the loss of the general picture; keeping the wide angle view together with a zoomed-in image provides a solution to that. “Image post-processing is now available in near real time within the system itself, so if you are observing at maximum range, at the limits of the optics, the image enhancement processing that we can bring to bear enables i.e. to read a name on the side of the ship or to see if there is somebody in the door, as with a longer focal length optic but without adding weight,” Boonstra explains.

The “X” add-on also allows getting video from other sources. Finally it allows to move the information bar where the operator prefers, or to break it into segments to host information in the operators preferred location on the screen. The X solution was designed to make it simple to upgrade existing Star SAFIRE, of which over 800 systems operate with military and paramilitary entities worldwide: “The customer sends it to us, we replace the top portion of the gimbal, and then we send it back to him without even touching the payload,” the FLIR representative says. For the time being the company has not yet bagged a military order for a system in the new configuration or for the upgrade of existing systems, “but we have military customers interested, particularly on the international market,” Troy Boonstra concludes. 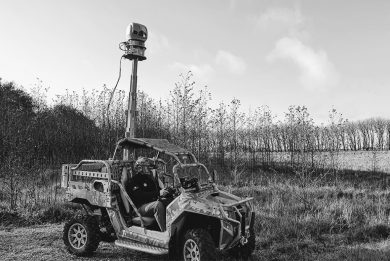